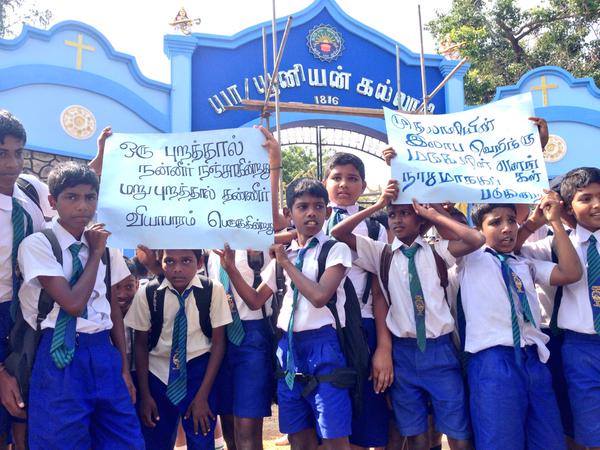 Read the full text of the Supreme Court judgement ordering a thermal power station in Chunnakam to pay compensation to people : RAVINDRA GUNAWARDENA KARIYAWASAM
Chairman, Centre for Environment and Nature Studies, Vs CENTRAL ENVIRONMENT AUTHORITY and others – sc_fr_141_2015

Justice Prasanna Jayawardena with concurred with Justices Priyantha Jayawardane and Lalith Dehideniya in his judgment held that failures, omissions and inaction on the Central Environmental Authority (CEA) and the Board of Investment (BoI) were arbitrary and unreasonable and in breach of the Trust public reposed on them.

The Court held that thereby they violated the Fundamental Rights of the residents of Chunnakam and the Petitioner.

The Court observed that the right to equality and equal protection of the law of the Constitution had been violated by the CEA and the BoI permitting Northern Power Company Ltd. to cause oil contamination of groundwater in the Chunnakam area and of soil in the vicinity of the thermal power station.

Justice Jayawardena observed this was an appropriate case to apply the “polluter pays” principle and directed Northern Power Company to pay Rs. 20 million within three months.

This sum of money is to be paid to the credit of a special fund which is to be administered by the National Water Supply Drainage Board under the control of a panel consisting of a representative each of the National Water Supply Drainage Board, Board of Investment, Central Environmental Authority and the Northern Power Company.

The said payment of Rs. 20 million will establish that fund and shall be paid to the credit of a bank account under the control of that panel headed by the representative of the National Water Supply Drainage Board.

The members of panel and the institutions they represent shall be collectively and individually responsible for distributing this sum of Rs. 20 million among persons who reside within a 1.5 kilometre radius of thermal power station and whose wells have been contaminated with oil and grease and/or BTEX, in order to assist those persons to clean and rehabilitate their wells.

The members of the panel and the institutions they represent shall be collectively and individually responsible for the integrity of that process.

One month prior to commencing the process of distributing this sum of Rs. 20 million among the residents of the Chunnakam area, the panel shall give sufficient notice of the proposed process to the residents of the area within a 1.5 kilometre radius of the thermal power station, through the Grama Niladhari Divisions in the area.

The distribution of this sum of Rs. 20 million among the residents of the Chunnakam area shall be subject to the condition that only the chief occupant of a household is entitled to be paid out of these monies and that the maximum sum payable to one person is Rs. 40,000.

Justice Jayawardena directed the aforesaid panel to ascertain, with reasonable certainty, that the persons to whom monies are paid are persons whose wells have been contaminated with oil and grease and/or BTEX.

This mechanism will enable at least 500 residents of the area to be compensated, at least in part, for the loss and damage they have suffered as the result of the oil contamination of groundwater in the Chunnakam area.

Justice Jayawardena observed it was possible that the number of residents who had suffered such loss and damage may exceed 500.

Therefore, he directed the panel to ensure that the sum of Rs. 20 million was divided equitably on the basis that the worst affected wells were to be given priority when distributing the payment.

He also that Northern Power Company would pay costs which may be incurred for the work of this panel.