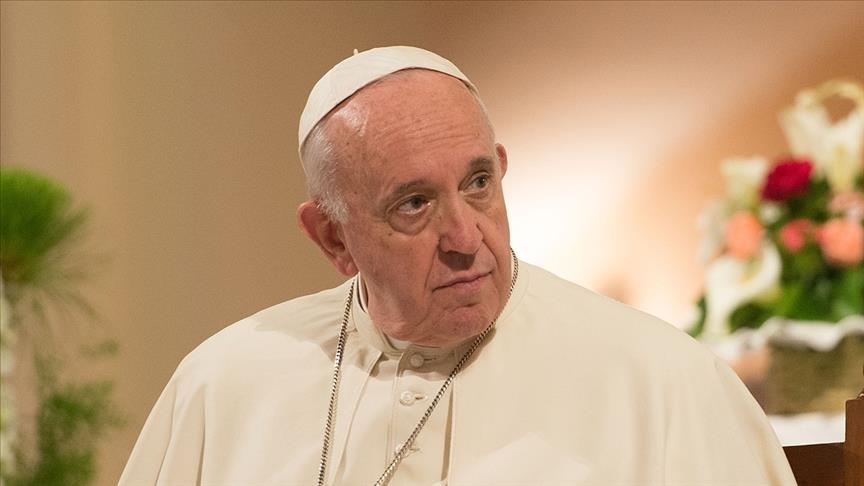 The Head of the Catholic Church in Sri Lanka, Archbishop of Colombo Malcolm Cardinal Ranjith said last Saturday (23) that His Holiness Pope Francis had written to him asking what assistance or action the Archbishop requires from the Pope regarding the investigation into the Easter Sunday terror attacks in 2019.

He revealed this during a discussion held yesterday (24) with Sri Lankans living in Europe, held via video conference, to brief them on the investigations into the Easter Sunday terror attacks and the actions they are expecting to take on the matter in the future.

Cardinal Ranjith said that the Holy Father Pope Francis had written the letter, dated 19 September, in his own handwriting and in response to a letter sent by him previously.

The Archbishop also read out the following excerpts from the letter, which he said he translated from Italian:

Cardinal Bagnasco has handed over to me your letter of last 24th August in which you explained to me about the ugly situation and that the reality of the 21st April 2019 remains without clarity to the public. Also in the last few days a message has arrived from the nunciature in which the same facts were recounted.

Eminence, this situation makes me very sad. I promise to pray more and remain ready to do whatever you consider opportune. Tomorrow I will speak with the Secretary of State about it.

I remember how in those days you were so courageous as to prevent any vengeance by the Christians and you went with the Imam of the Islamic community to meet them so that they may witness the friendship among yourselves. I do not forget that example of a Shepherd.

Please count on me and indicate what would be best to be done from here.”

The Archbishop revealed on 8 September that the Catholic Church has told the international community that justice has not been meted out to the victims of the Easter Sunday attacks of 2019 and that there are attempts by the Government to undermine the investigation.

The Archbishop made these remarks at a press conference held yesterday with regard to news reports that the Government has sought an audience with Pope Francis at the Vatican, the centre of the Roman Catholic Church, to brief him on the progress made in the investigation into the attacks.

However, in a press release following the Cardinal’s press conference, the Foreign Ministry said: “At no stage has the Prime Minister requested nor has he received an invitation to visit the Vatican for an audience with the Pope.”

In a press release the Ministry further mentioned that the Premier and Prof. Peiris are only due to make a short visit to Bologna, Italy to deliver the keynote address at the opening session of an international symposium at the Bologna University.

“A total of 47 foreigners from 14 countries were killed in the attacks. I want to ask the international community to please defend their citizens who died here. Those governments must rise up and call upon our Government to conduct a transparent and independent investigation into this,” he stressed.

According to the Archbishop, he had, on a previous occasion, informed the representatives of the Vatican who deal with matters related to justice and peace about the Church’s concerns, and they had assured him that they were prepared to present these concerns to the United Nations Human Rights Council (UNHRC) in Geneva, Switzerland.

“We only have to present these concerns through that method to Geneva. If the Government goes to the international community, we will also go there. After seeing news reports that the Prime Minister is to visit the Vatican, members of our community called us and asked us as to whether we would support this action by the Government. That is why we wanted to clarify our stance and put an end to this speculation.”