IMADR Expresses Its Grave Concern on OMP Clause On Non-Liability 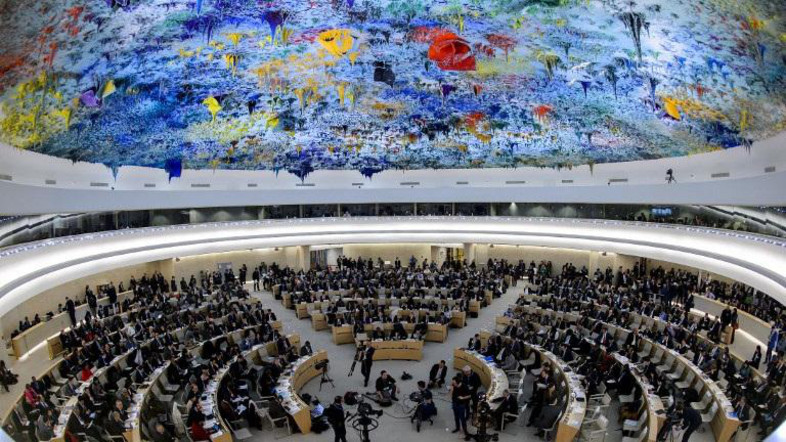 Emphasising the need to involve international expertise in various transitional justice mechanisms to be established, including the OMP, to meet the expectations of the victims and their families, the International Movement against All Forms of Discrimination and Racism (IMADR) expressed its grave concern regarding the provision in the OMP Act which clearly states that its findings do “not give rise to any criminal or civil liability”, while making a statement at the HRC 33 today.

Thank you Mr. President,
We express our appreciation to the country visit report of the Working Group and endorse its recommendations to Sri Lanka. The Government’s constructive cooperation with the Working Group through facilitating visits to requested places including the former secret detention facility and meetings with various stakeholders, especially family members of the disappeared and civil society, was encouraging.

However, much remains to be done. We urge that the ongoing Constitutional reform process should fully comply with the International Convention for the Protection of All Persons from Enforced Disappearance (ICED). Criminalisation of the act of enforced disappearance is strongly recommended. We also reiterate the call to repeal the draconian Prevention of Terrorism Act (PTA), which will facilitate a confidence building atmosphere much needed for reconciliation. We encourage the Government to invite the Special Rapporteur on the promotion and protection of human rights and fundamental freedoms while countering terrorism to receive his expertise in drafting of alternative legislation in line with international standards.

We welcome the adoption of the law to establish the Office of Missing Persons (OMP). We recommend the need to set up OMP offices in the North, East and Southern Province to ensure closer interactions and a consultative process with family members of the disappeared. This could strengthen dialogue and establish trust in relation to its operations. Furthermore, we endorse the call by civil society groups in Sri Lanka to recognise the need to involve international expertise in various transitional justice mechanisms to be established, including the OMP, to meet the expectations of the victims and their families. We express grave concern regarding the provision in the OMP Act which clearly states that its findings do “not give rise to any criminal or civil liability”. We call upon the Government to ensure that the Office’s findings can be referred for criminal investigations once a justice mechanism is established.

We call upon the Government to expeditiously investigate all the disappearances that have taken place since the new Government came to power. The disappearance of the 20 years old youth in Hambantota while in police custody this week, which is widely reported in the media, clearly demonstrates the challenges the GoSL has in dealing with the culture of impunity.

Last but not least, the Government must take urgent actions to address the day-to-day difficulties faced by the families of the disappeared, especially the economic hardship and risk of sexual violence suffered by female-headed families. Swift implementation of the policy on the issuance of certificates of absence and facilitation of full reparations including compensation, restitution, rehabilitation and psychosocial support can spearhead a successful transitional justice process.