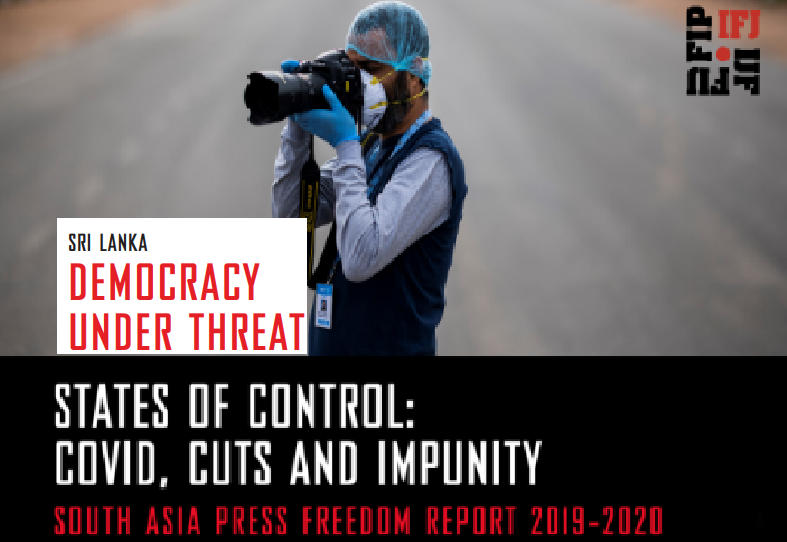 The year 2019 was marred by the Easter Sunday Attacks.On April 21, the jihadist group National Thowheeth Jama’ath set off suicide bombs in three churches as well as hotels in Sri Lanka killing over 240 Christian worshippers.

Following these bombings, large-scale retaliatory violence was unleashed against the Muslim communities in Sri Lanka.Organised violent mobs destroyed businesses, vehicles and
houses, and took one life.The bombings and the mob violence that followed had lasting implications on human rights. Calls for strengthening national security returned. The new and amplified wave of nationalism established Sinhala-Buddhist supremacy and Islamophobia as decisive political factors.

National security and political stability were the key pledges made by retired Lieutenant Colonel Gotabaya Rajapaksa who contested the presidential election in November 2019. Having secured 52 per cent of the votes, President Rajapaksa was elected as the sixth executive president of the country. His campaign appealed largely to the Sinhala-Buddhist majority, and he secured over 60 per cent of the Sinhalese votes. Only 20 percent of the Tamil and Muslim electorate voted for President Rajapaksa, pointing to the continued division based on identity and the unresolved conflict along ethnic lines.

During his election campaign, President Rajapaksa spoke of national security, a disciplined society and economic development. Strengthening democracy, human rights and
reconciliation did not feature in his electoral mandate. Justice for the serious human rights violations committed during the last phase of the war was displaced from the political agenda.

It became uncertain whether even the slow progress achieved in the transitional justice process would continue. In February 2020, Sri Lanka Government (GoSL) withdrew its co-sponsorship from Resolutions 30/1, 34/1, & 40/1 on Human Rights, Reconciliation, and Accountability in Sri Lanka at the 43rd session of the UNHRC.Democratic spaces in Sri Lanka began to shrink in Sri Lanka after November 2019. Investigations into serious human rights violations – including the killings, abductions, and assaults of journalists – came to a halt. In some cases, officers who had been investigating the crimes were demoted or transferred.

Barring a few exceptions, Sinhala media is dominated by Sinhala-Buddhist supremacist ideology and is openly and aggressively pro-government. With the rise of militarisation of
civilian life, the military and Sinhala Buddhist groups have come to wield enormous power in Sri Lanka.

Journalists, local media organisations and human rights organisations anticipate drastic changes following the general election of 2020. The president has called for a two-third support in the parliament in order to abolish the 19th Amendment to the Constitution which placed checks and balances on the powers of the executive president and established independent commissions integral for democratic governance. A paper published by the Centre for Policy Alternatives in March 2020 summed up the situation in Sri Lanka: “The prospects for democracy and reconciliation in the immediate future are bleak but the multiple challenges may also galvanise democratic forces to come together to counter and challenge. Post-independence Sri Lanka has witnessed the resilience of civil society, judiciary, media and others, sometimes under extremely trying circumstances.