I have no personal issues; I will not resign; I will face any impeachment –CJ answering Lawyers’ questions 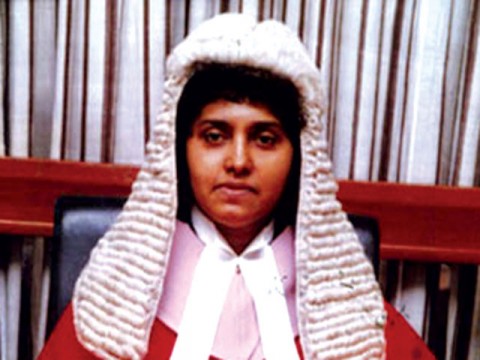 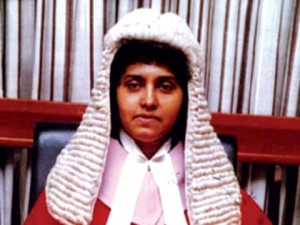 The Chief justice (CJ) Dr. Shiranee Bandaranayake stated that she has no personal issues , and therefore no unfair inequitable personal charges can be mounted against her. She added that she had been acting in keeping with the hallowed traditions of the independent judiciary; she put her foot down and said , she is prepared to face any impeachment motion brought against her. The CJ stated this unequivocally when she met with about 30 senior lawyers on the 31st , yesterday.

A senor lawyer who attended this discussion held at the Supreme court (SC) Hall told Lanka e news , that the CJ gave the aforementioned answer when answering the question raised by the Lawyers whether she is going to face the impeachment or not ?

The CJ also answering the query based on Minister Dr. GL Peiris’ accusation that judge Manjula Thilakaratne the JSC Secretary is a junior , said Thilakaratne is 6th in the most seniority list , and his appointment was absolutely lawful. Further , she pointed out when appointing a Secretary to the JSC , the constitution does not make mention how his seniority should have a bearing.

She also elaborated that her predecessor Asoka De Silva when he was holding office , had his brother Priyantha Silva appointed as JSC Secretary when he was down in the 19th position in seniority , while Prassanna Silva was appointed as JSC secretary when he was 29th in the position. She therefore questioned whether aren’t they inequitable by the same token ? She also went on to question why equity did not apply when the appointment of Chandra Jayatileke as the appeal court judge who was far below in the seniority was made while sidelining Malini Gunaratne who was most suitable and senior recommended by the CJ ?

The CJ stressing a most vital and unassailable truth observed , the SL judiciary is existing for the last 200 years and it will continue for centuries, but judges including me will come and go. But what is important is not our coming and going. If the courts are to survive in the centuries hereafter , the independence of the judiciary has to be safeguarded . If only the independence of the judiciary can be protected and maintained , it is then and only then the sovereignty of the people can be upheld , she added.

The CJ addressing the Lawyers present advised that they work untiringly, assiduously and sincerely towards achieving this objective
Lanka e news