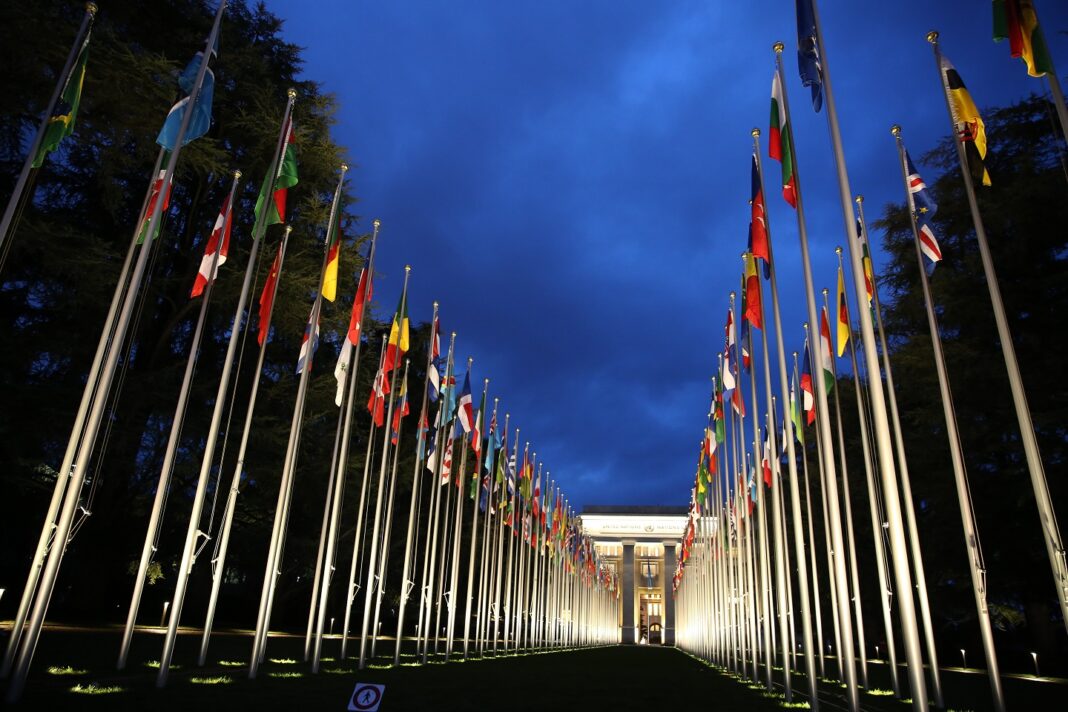 President Nandasena Gotabaya Rajapaksa (NGR) and his Government’s nonchalance regarding the United Nations Human Rights Council report on Sri Lanka, which was a confidential document but released prematurely by the Foreign Minister to score political points, is typical of a regime trying to put up a brave face before succumbing to the inevitable.

NGR’s appointment of yet another commission to inquire into human rights abuses is simply an exercise to hoodwink the world body. However, odds are stacked against the President and his Government this time. The regime is going to face a rocky road in Geneva, and sadly, it would be the country and its people who would have to bear the consequences of any sanction imposed by the UN, because of an obdurate leader’s recalcitrance.

A myopic view of the concept of sovereignty

NGR and the Rajapaksa regime with their aficionados and apparatchiks are in a mood of defiance and reject any interference or criticism by world bodies and they justify their stand in the name of championing Sri Lanka’s sovereignty.  The rulers seem to have a myopic view of the concept of sovereignty, which has undergone radical changes and lost much of its original meaning as promulgated in the 19th century.

In fact, Sri Lanka has already compromised its territorial sovereignty by giving China a 99-year lease on Hambantota harbour, and possibly by selling to the Indian Adani business group 49% ownership over trans-shipment business in the East Container Terminal in Colombo.

Even political sovereignty is not as absolute today as it was in the 19th century. For example, no country today can unilaterally declare war on another in the name of defending its sovereignty. Even the mighty US had to go to the UN to get approval before bombing Saddam Hussain’s Iraq and Taliban’s Afghanistan.

Political sovereignty is maintained through a series of patch work with international institutions and world organisations. Without comprehending such facts, asking UN not to interfere in the affairs of an elected government is to exhibit total ignorance of how the world system operates today. To ignore strictures from world bodies and refuse to cooperate with them is a dangerous game that could be catastrophic to the disobedient.

NGR is also grossly underestimating if not totally dismissing the growing strength and capabilities of the Sri Lankan diaspora community – thanks to JR’s July 1983 pogrom, open economy and a borderless world – which is able to influence public opinion and political decisions in strategic Western countries.

As the regime continues to oppress its minorities, harass its critiques and moves towards a militaristic autocracy backed by Buddhist supremacists, expatriation of the oppressed and the disgruntled would continue ceaselessly.  It was initially the Tamils who emigrated, but now disenchanted Sinhalese and fearful Muslims have joined the exodus.

Under the grip of the supremacists the current Sri Lankan regime has turned the country into an ultra-nationalist Sinhala Buddhist autocracy. NGR’s continuing belligerence over cremating COVID-19 killed Muslim bodies for example, despite local expert opinion and international recommendation to allow burial as an option, shows how tightly the supremacist lobby is controlling the regime.

This is the tragic state of affairs in the country today. It is not the President or Prime Minister and his Cabinet per se setting the agenda, but a supremacist cabal that surrounds these politicians and who helped them to capture government.

It is this cabal that is also insisting on the National Anthem be sung exclusively in Sinhalese during Independence Day celebrations. It was their demand that made GR to appoint an Archaeological Task Force (ATF), filled with more clergymen than archaeologists, including the head of a pro-Government media network, to earmark and excavate lands in the Eastern Province so that it would pave the way for more Sinhala Buddhist colonisation in that province.

Lately, ATF has resumed its excavation work in the north, obviously with the same objective. In short, the supremacists have an exclusivist agenda with the ultimate objective of transforming Sri Lanka into a Sinhala-Buddhist State in which minorities would be excluded from decision making roles. As one of them publicly stated, ‘minorities are tenants living in a house owned by the Sinhalese’. The so called one-country-one-law mantra is emblematic of this hegemonic ideology.

This agenda cannot be materialised however, without an element of force. NGR’s appointment of military men to areas of civil administration, his posting of the same to take charge of pandemic related public health work in all 25 districts, and regular consultation with selected members of Buddhist clergy are all indicators that he is totally committed to actualising the supremacist ideal. This commitment necessitates that he should also stand against any pressure from the UN and its agencies.

Unfortunately, to him, his Government and the cabal, the country’s economic prospects look extremely challenging, and hopes of quick recovery from the current depressive state is dashed by the spread of a more dangerous strain of the coronavirus. Of course, 500,000 doses of free Indian vaccine have arrived, and it may be a gift in expectation that NGR regime would concede to bestow 49% ownership to the Adani Group amidst increasing opposition from trade unions and others.

China also has promised another 500,000 doses. Even if the pandemic disappears magically overnight, economic recovery and a desirable level of growth to arrest deteriorating living standards of ordinary people cannot be achieved, because of structural problems inherent to the country’s truncated capitalist mode of development.

Without detailing the theoretical side of this issue, it is sufficient to state that the productive small and medium size enterprises that contribute most to Sri Lanka’s economic growth are starved of capital and other inputs, because the little surplus generated in the economy is siphoned off and transferred to the unproductive financial sector.

Financialisation of world economies under neo-liberalism has not spared Sri Lanka. NGR’s patchwork remedies without systematic structural changes are not going to bear fruits. The current regime is incapable of undertaking such changes. Given this scenario it would be double jeopardy to fall out with the UNHCR.

As economic difficulties mount widespread discontent against the regime will be unavoidable. The regime therefore needs a scapegoat. This is the rationale for NGR to keep minority issues alive and unresolved.

With the UN becoming more assertive it would be prudent for the regime to give up its showy belligerence, avoid hoodwinking the world body, and take meaningful steps towards reconciliation and save the country from catastrophe. Quos Deus vult perdere, prius dementat (Those whom God wishes to destroy, he first deprives them of reason)