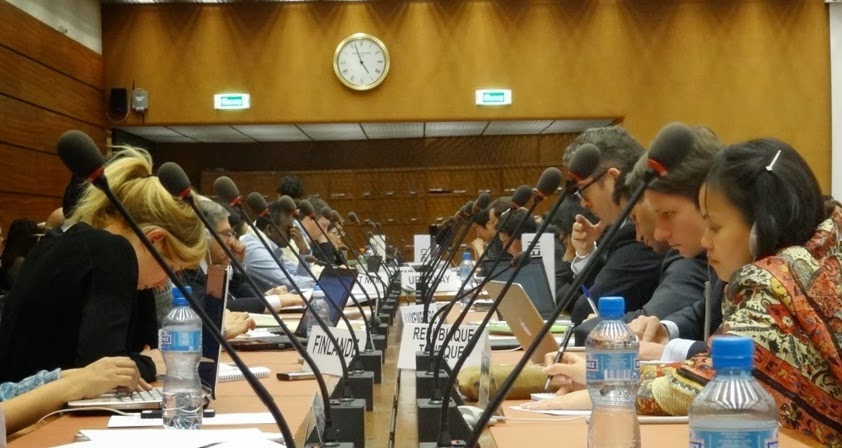 DRAFT RESOLUTION TAKES A MORE COMPREHENSIVE APPROACH / NPC Press release
The draft resolution on Sri Lanka to be taken for vote at the 25th Session of the UN Human Rights Council in Geneva is now in circulation.  It proposes an international monitoring of Sri Lanka’s domestic accountability process and calls on the UN Human Rights Commissioner’s Office to do investigations on its own.  In addition, the draft resolution calls for the establishment of a truth seeking mechanism and national policy to hold individuals accountable for violations of international law.  It also calls on the government to devolve powers meaningfully in terms of the 13th Amendment and to empower the Northern Provincial Council with the necessary resources and authority.
The scope of the draft resolution has been widened in scope in comparison to the previous two resolutions.  The present draft includes issues of human rights violations and accountability in the entire country, rather than in the North and East alone and does not limit those issues to the last phase of the war.  It refers to attacks against religious minorities, journalists, human rights defenders and civic activists, and to crimes that target women wherever they live.   The National Peace Council notes that the issues that the international human rights community is considering have been considerably widened in the draft resolution.  This will relieve all those in Sri Lanka and internationally who have been highlighting the larger issues of good governance and human rights in the country.
As it stands at present, the draft resolution calls for another  mandate  by the UN High Commissioner for Human Rights in a year’s time, with a written report only to come after 18 months.  This gives the Sri Lankan government the time and space to implement the resolution. It is also important for the Tamil polity to work with the government with an open mind irrespective any possible assistance for solutions from outside.  There is a need to engage with the government to resolve the problems in the working of the 13th Amendment at least as it is and leave the un-kept governmental promise of 13th Amendment Plus to a future date
The National Peace Council believes that the government must take this opportunity and implement the provisions related to good governance and human rights set out in the LLRC Report in a worthy manner.  Or else the international process that puts pressure on the government to improve its good governance and human rights record is set to increase. The government must also be mindful to the vulnerability of a foreign debt ridden economy dependent on the international payments and settlement system learning from the experience of Iran whose people suffer through economic sanctions. We urge the government to cooperate in complying with any UNHRC resolution
Sri Lanka now has eighteen months to move towards dealing with the range of issues, including human rights and governance, which have been raised in the draft resolution.  At this moment, it is also essential for the opposition to take a less confrontational stance and to work with the government in securing the country’s future.  As a first step NPC calls on both UNP and TNA to join the Parliamentary Select Committee, and the government to provide an institutional structure that will  enable  decisions in it to be taken only with their agreement,  so that they may work together and consensually on a political solution that would help contribute to easing tensions both internally and externally.
Share
Facebook
Twitter
WhatsApp
Pinterest
Email