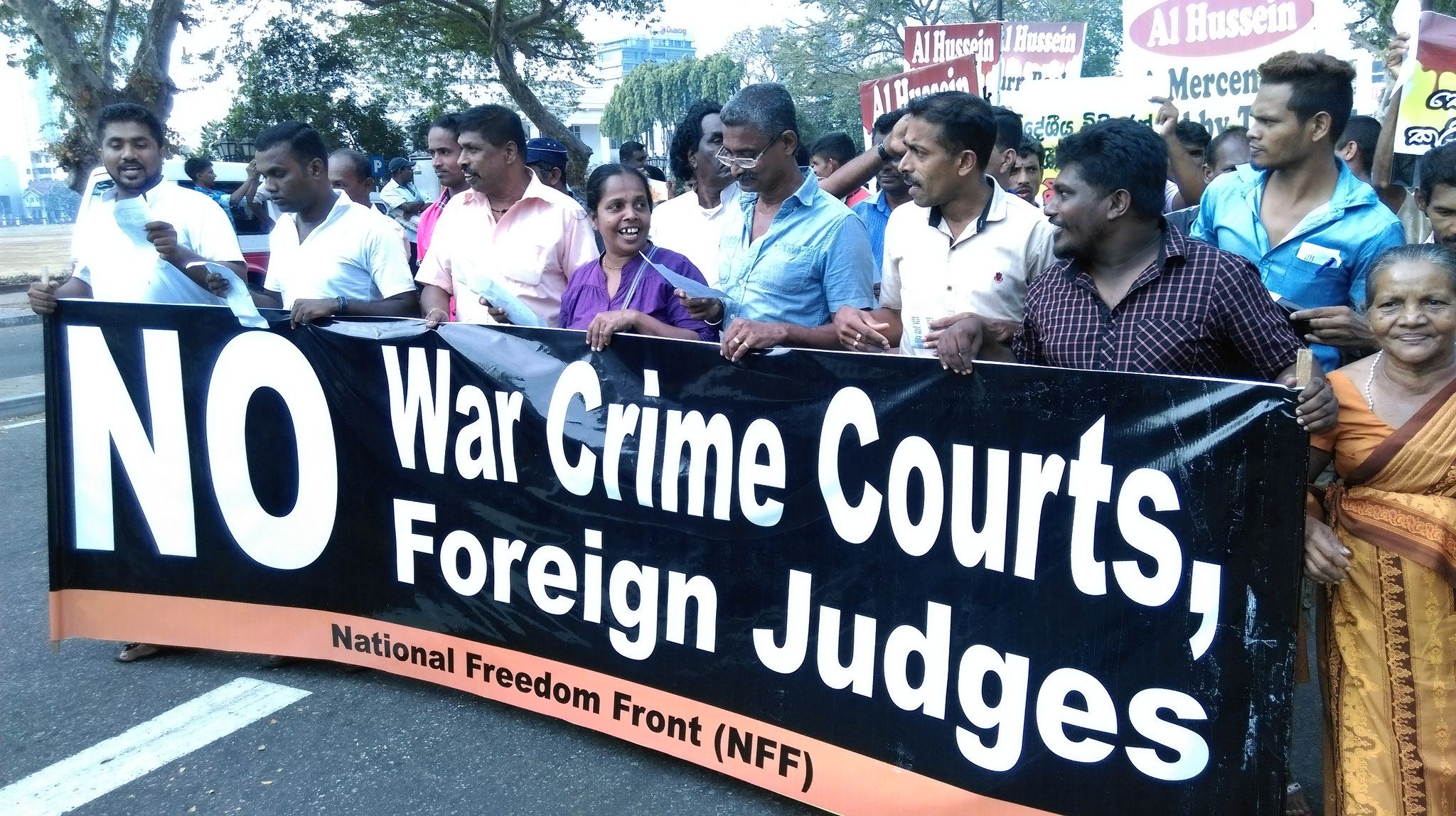 “The ICJ welcomes the comprehensive report of the OHCHR on promoting reconciliation, accountability and human rights in Sri Lanka (A/HRC/40/23). We share OHCHR’s observation that there is a lack of progress and absence of a comprehensive strategy for implementation of all commitments made under Resolution 30/1.

ICJ is particularly concerned about the lack of progress in the area of criminal accountability (as noted in Paragraph 27 of the report). We believe that there is an urgent need to establish a judicial mechanism with the involvement of foreign judges. We echo the sentiments of the OHCHR regarding the inability of the Sri Lankan courts, on their own, to address the impunity of security forces for crimes under international law.

Failure of the criminal justice system to effectively address emblematic cases (as reflected in Paragraph 38 of the report) clearly indicates the level of capacity and willingness on the part of the State even today to prosecute and punish perpetrators of serious crimes when they are linked to the security forces or other positions of power.

ICJ also notes that women are grossly under-represented in the judiciary in Sri Lanka, which prevents women human rights defenders and female victims from having confidence in the ordinary criminal justice system, impeding their full engagement and participation in pursuing accountability for crimes committed against them during the conflict and other transitional justice processes.

A judicial mechanism with the involvement of foreign judges is particularly urgent for women in conflict-affected areas who still live in a highly militarized environment and are compelled to live among their perpetrators – those who have been accused of war crimes including rape and other forms of sexual violence.

We therefore reject calls for a purely domestic mechanism. Indeed, the ICJ considers that the continuing failure of the Government to ensure justice means that referral to the International Criminal Court or the creation of another international mechanism to facilitate criminal accountability would be fully warranted. The draft resolution before this session of the Council, reaffirming all elements of resolution 30/1, thus already represents a deep compromise and anything less than the existing text would be wholly unacceptable.