HRC 34: UK in discussion with Sri Lanka to move a new resolution 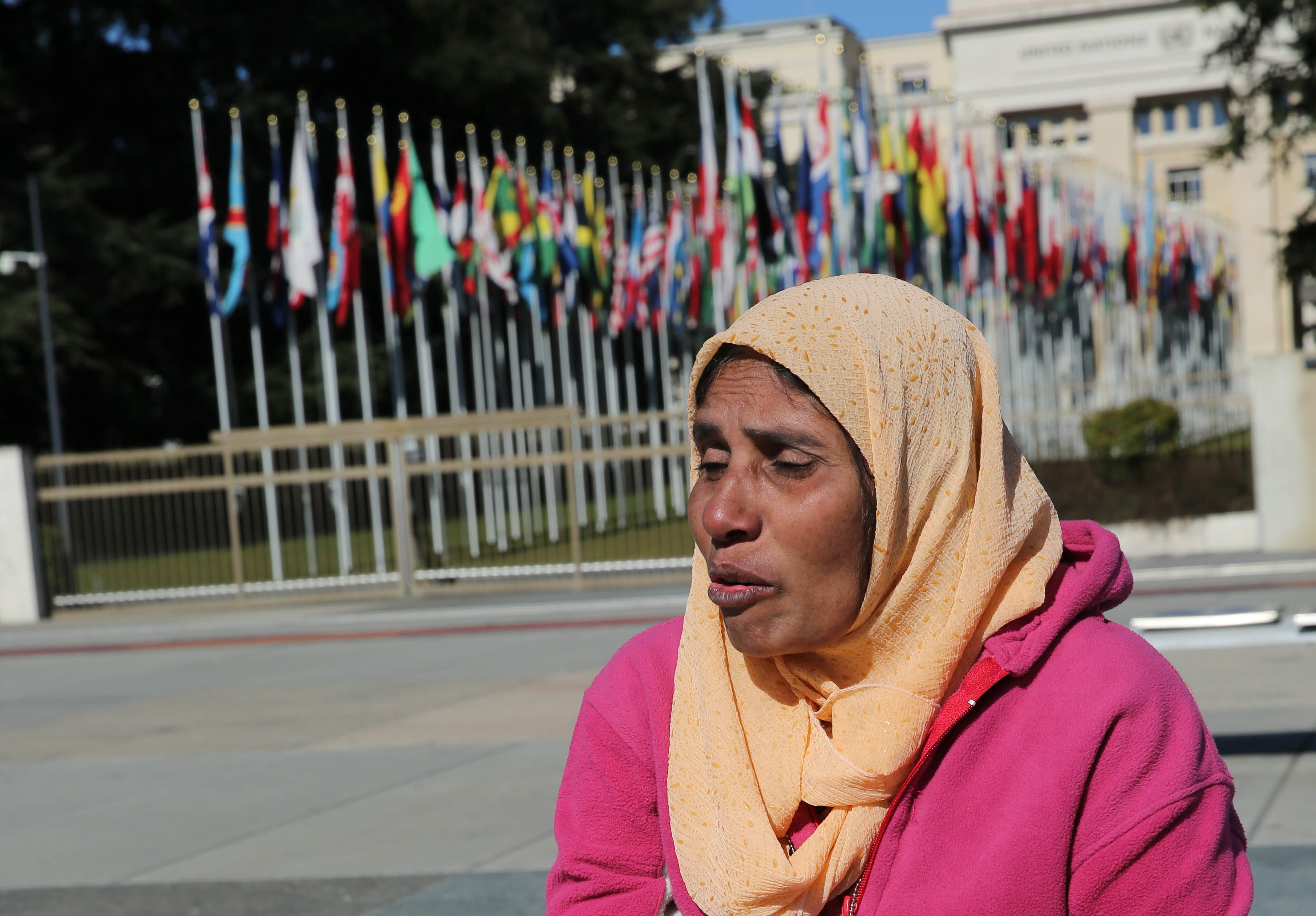 Image:A Sri Lanka mother who’s son was abducted in Colombo in 2010 taks a rest  in front of UNHRC Geneva office after attending a protest calling for justice for the disappeared. (c) s.deshapriya.

The United Kingdom announced yesterday that it is working on a follow-up resolution in reaction to the High Commissions’s report and they are having  discussions with the Government of Sri Lanka. This announcment was made at the organisational meeting for the 34th session of the UNHRC at Palce des Natiaons, Geneva.

The USA which sponsor last two resolution has not make any announcement for any activity at the organizational meeting.

The dicision to move a resolution will depend on whether the Sri Lanka Government would agree to UK proposal. Informed sourses within the GoSL say that it will not sponsoer any resolution which is critical to on going the Transcitional Justice process.

The resolution may simply calls for a extention for the time for Sri Lanka government to implement UNHRC resolution 30/1.

FM Samaraweera who was in London recently has had discussion with relavent offcials over drafting such a resolution, according to Sri Lanka Brief sourses.

Sourses in Geneva says that Sri Lanka government has been opposing any interactive dialogue  on the report ( A/HRC/34/20 )on Sri Lanka to be submitted the UN High Commissioner for Human Rights, Zeid Al Ra’ad Al Hussein. The High Commisssioner’s report is sheuduled to be presnted on 22nd March along side three other such reports. There are on Libya, Ukraine, and Guinea.

Most probably there will not be a Sri Lanka specific interactive dialogue, as all three reports will be taken together in a general debate.