HRC 34: No opposing views but lesser interest at the Informal consultation on Sri Lanka resolution draft. 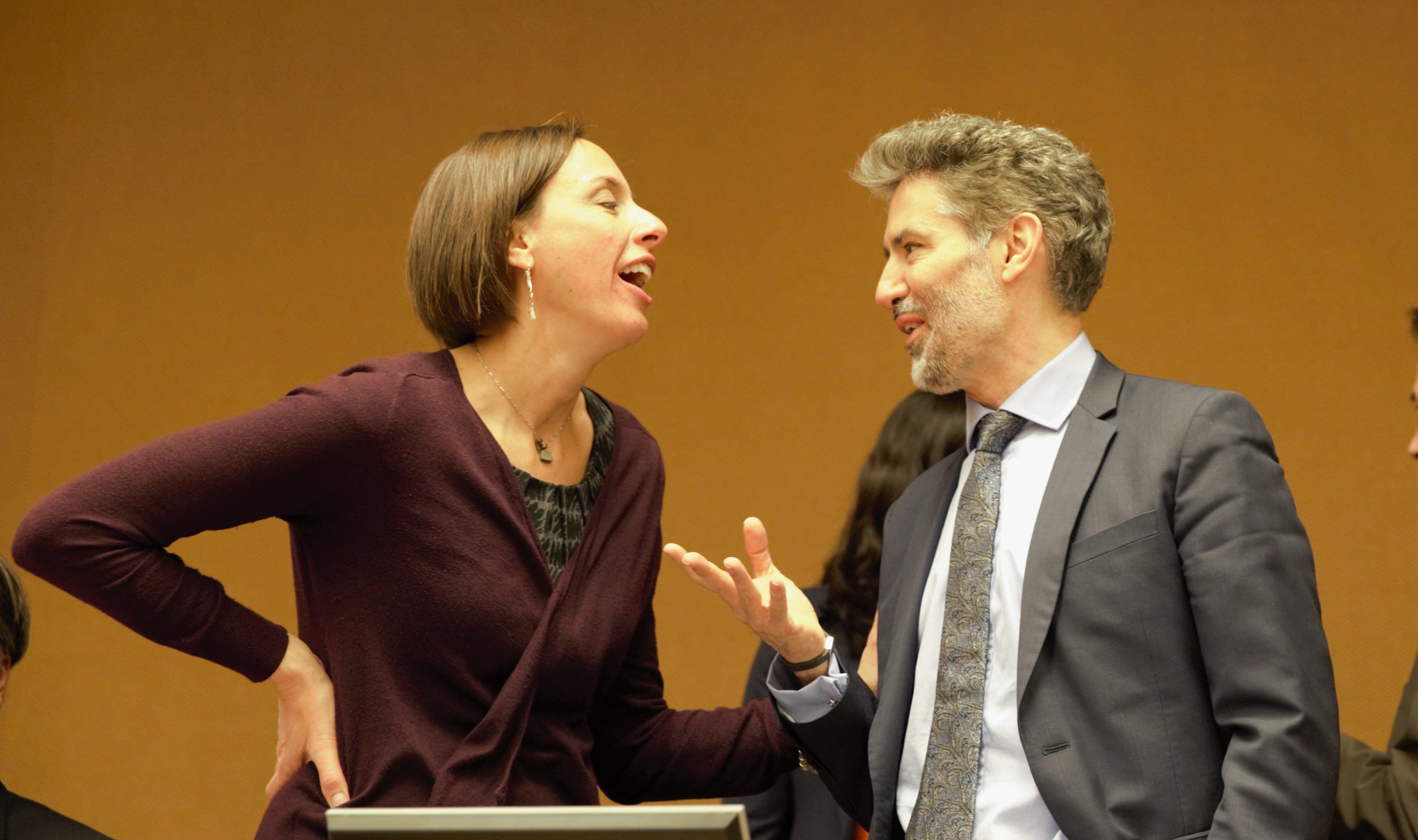 First informal discussion on the zero draft of the resolution on Promoting reconciliation, accountability and human rights in Sri Lanka at the ongoing 34th session of the HRC was held yesterday (07th) at Plasis des Nations.

The consultation was led by Julian Braithwaite, Ambassador and Permanent Representative of UK  and all four core group contires were represented at the head table. Erin M. Barclay, Deputy Assistant Secretary of State represented USA at the informal consultation.

Both UK and USA emphasised that the obligation of the Government of Sri Lanka to fully implement the commitment it made in the cosponsored resolution HRS 30/1. All four core group countries welcomed the positive developments that has taken place in Sri Lanka but stressed that more has to be done.

Speaking first at the consultation Sri Lanka ambassador Ariyasingha reaffirmed the commitment to the resolution 30/1 and said that the GoSL will share its view on the HC’s report after studying it and consulting all stakeholders. He appealed for continued technical assistance and capacity building form the International Community.

No country opposed the proposed two year extension in the draft resolution for Sri Lanka to fully implement recommendations of 30/1.  US stated that no changes to the resolution 30/1 will be allowed.

None of the African or South American countries made any intervention at the consultation. Some South American countries has consistency called for accountability in Sri Lanka in 2012, 2013 and 2014.  From Asia Chain, Pakistan and Bangladesh made brief interventions supporting the Sri Lanka government while Japan and South Korea stressed the importance of resolution 30/1.

Consultation Task Force (CTF SL) Report  was mentioned by almost all European countries that spoke at the consultation.

EU welcomed the HC’s report, the creation of the CTF SL and encourages the GoSL to take into account  the recommendations from the CTF SL, Special Producers s and Treaty Bodies. EU wanted the resolution to acknowledge that much remains to be done and emphasised the need for continuing monitoring.

Canada recognising that the time is needed to implement 30/1 recommendations said that the momentum must be maintained in the coming years.

Switzerland was one of the countries made concrete suggestions. It wanted to include in the operational paragraphs the need for a road map or plan of action that Sri Lanka need to adhere in the next two years. Switzerland.

Ireland said that resolution is not only important for Sri Lanka, but also for the HRC. Ireland too emphasised that re-opening the 30/1 for discussion should not be allowed and wanted to express disappointment of the slow pace of the transitional justice process adding that accountability mechanism in the important component of the resolution.

There will be no other informal consultations on the draft Sri Lanka resolution according to informed sources.