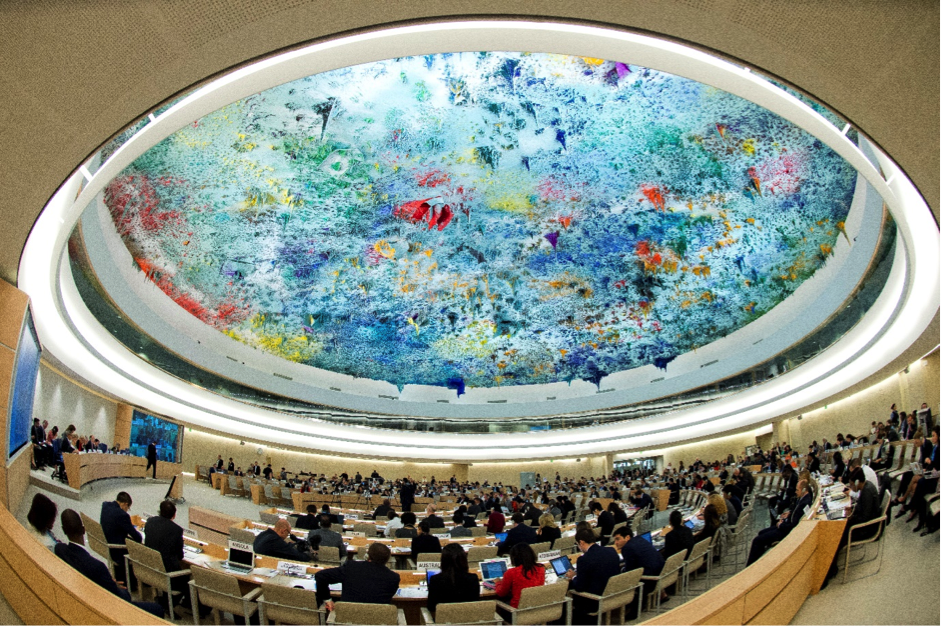 In a resolution (A_HRC_30_L.29) on promoting reconciliation, accountability and human rights in Sri Lanka, adopted without a vote, the Council encourages the Government of Sri Lanka to investigate all alleged attacks by individuals and groups on journalists, human rights defenders, members of religious minority groups and other members of civil society; further encourages the Government of Sri Lanka to develop a comprehensive plan and mechanism for preserving all existing records and documentation relating to human rights violations and abuses and violations of international humanitarian law; requests the Office of the High Commissioner to continue to assess progress on the implementation of its recommendations and other relevant processes related to reconciliation, accountability and human rights, and to present an oral update to the Human Rights Council at its thirty-second session, and a comprehensive report followed by discussion on the implementation of the present resolution at its thirty-fourth session. It also encourages the Government of Sri Lanka to continue to cooperate with special procedure mandate holders, including by responding formally to outstanding requests.

United States, introducing the resolution L.29, explained that the draft resolution aimed to support Sri Lanka’s path to peace with a view to build national reconciliation and prosperity for all Sri Lankans. The goal of the resolution was to help the country undertake a difficult but necessary journey, during which the Human Rights Council would play a vital role in order to build a country that realized the full potential of all its citizens.

Montenegro, in a general comment, voiced its full support for the advancement of peace and national reconciliation in Sri Lanka. It was imperative for the international community to support that process as post-conflict countries were fragile. Montenegro encouraged the Government of Sri Lanka to work with all parties concerned to implement measures to democratize institutions and society. It commended the Government’s will to cooperate with the international community to address the committed crimes and to ensure an effective legislative system.

The former Yugoslav Republic of Macedonia, in a general comment, expressed satisfaction that the core group’s deliberations resulted in a draft resolution, which addressed the will of the new Government of Sri Lanka to address the crimes committed in the past and to accelerate credible investigation of human rights violations. The resolution aimed to create a new society based on democratic values and reconciliation. The constructive approach of the Government in the process was most welcome.

United Kingdom, in a general comment, said this was the first time Sri Lanka was co-sponsoring a resolution on its human rights situation, which was a historic development. The United Kingdom paid tribute to those in civil society who had worked tirelessly over many years to keep the international community engaged on promoting reconciliation, accountability and human rights in Sri Lanka. This draft was a testament to the determination of courageous human rights defenders who had worked often at great personal risk to ensure the voices of victims were heard.

China, in a general comment, stressed the importance of the principle of sovereignty of States, and commended Sri Lanka for its commitment to the promotion and protection of human rights.

Sri Lanka, speaking as the concerned country, thanked all members and observers of the Council for the support they had extended towards the adoption of the draft resolution. The Government saw the resolution as a measure of encouraging and inspiring the Government and the people of Sri Lanka to uphold human rights, establish the rule of law, end impunity, and strengthen democracy and good governance. In a clear departure from the past when the Council had witnessed the situation in Sri Lanka as divisive, the new Government of Sri Lanka was committed to the promotion of civil and political rights, as well as economic, social and cultural rights, in a manner that benefited all individuals and communities living in Sri Lanka.

South Africa, in an explanation of the vote before the vote, welcomed Sri Lanka’s cooperation with the Council, which was a turning point for the victims. South Africa was ready to support Sri Lanka’s efforts for reconciliation, and appreciated that the draft resolution recognized progress achieved by Sri Lanka on this matter. The report by the High Commissioner highlighted remaining human rights challenges, and South Africa encouraged Sri Lanka to strengthen its judicial system to ensure accountability, ensure that lands were returned to the displaced, and protect minorities. Sri Lanka needed support from the international community.

Ghana, in an explanation of the vote before the vote, welcomed the draft’s balanced approach between sovereignty and the principle of non-indifference, and encouraged all Member States to join the consensus on this text.

India, in an explanation of the vote after vote, noted that the consensus resolution underscored the collective desire of Sri Lankans for change and unity, and rejection of extremism. India had always supported the efforts to preserve Sri Lanka as a multi-ethnic society, where all minorities, including the Tamils, had their place. To that end, it reiterated its view that the devolution of authority would greatly help the process of national reconciliation. –