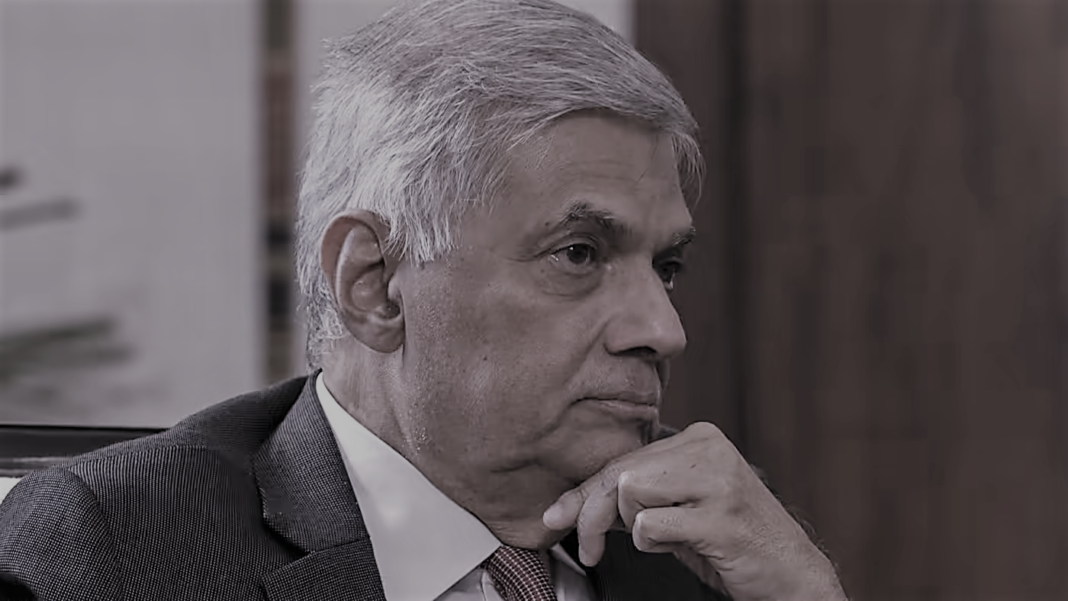 I want to raise a matter with regard to Palali air Port. That’s an International airport, it was opened, and there were flights from Madras, then due to Covid all flight were suspended.

Because unlike Mattala, Palali when you resume, will have a steady traffic and that’ll be good for our economy. And therefore I am requesting the minister again to please wave the airport tax for Palali airport and there will be a steady stream of traffic. So as we deal with the issues today, in the North and the East, there are other issues that people are facing particularly with regard to the Lands.

Yesterday, in Kurunthoor malai there was a demonstration with regard to new constructions that were being undertaken by the Department of Archaeology. Two of our members were arrested saying that they had disrupted the officials from functioning. Now Archaeology is entrusted with the responsibility of preserving archaeological monuments.

We know that there archaeological monuments, those must be preserved, but, they don’t have the authority to build a new. And there are court orders, restraining them from building new structures, and yet, when people demonstrate against illegal activity by the department of archaeology, they are being arrested. So I want to raise this issue.

Sir Paul Peiris a renowned historian has written that long before the advent to Prince Wijaya to this Island, there existed five Eashwarams and one of those is Thirukoneswaram. Thirugnanasambanthar had sung about this temple in the 7th century B.C.

There was one politician who took people from Ratnapura district, settled them there, and traders, in that area and now there are 58 shops that have been set up, and now efforts are being made to grant land from this Archaeological site to these 58 shop owners who are actually alliance in that area, they have been brought and been settled there to change the demography. This must be immediately stopped. The issues that our people are facing today particularly with regard to land being grabbed by archaeology, by Mahaweli, by the forest department, by wild life department, various other special laws are used to take away lands on which Tamil people have lived for centuries. Now this is something that must immediately stopped.

But now your foreign minister goes to Geneva and you are seated behind him, and saying participations like this, external mechanisms are unconstitutional, how can that be unconstitutional Hon. Minister, when you yourself in December 2012 presented a bill to Parliament, a private members bill to be presented by Hon. Dr. Wijedasa Rajapakse, M.P. in December 2012, called “Removal of Judges of the Superior court – special provisions act” you yourself have suggested.

You yourself have suggested that this inquiry be conducted against Superior Court Judges by Judges who have held office in the highest court of any Commonwealth Country other than Sri Lanka.

So even according to you, your own belief, consistently between 2012 and 2015 foreign judges participating in Processes in inquiries in Sri Lanka was not unconstitutional. You wouldn’t have presented a bill unconstitutional – surely, you are a constitutional lawyer, so this is your own private member’s bill. And then as official position of the Government of Sri Lanka while you were the minister of Justice and while the incumbent President was the Prime Minister, he wanted the words Commonwealth added in that resolution, and it was added and it was resolved. You can’t resile from whatever you have agreed to, I can understand when the Government changed, when Gotabaya Rajapakse became the President Statement were made saying we are withdrawing from the resolution, but can you withdraw from that resolution?

How can you withdraw from that resolution that you yourself agreed to? So, the resolution now before the council will be put to vote because we are opposing it, opposing the very words that you have agreed to previously, and that’s not good for the country.