Hope has been murdered, but there is no reason to despair. – Tisaranee Gunasekara 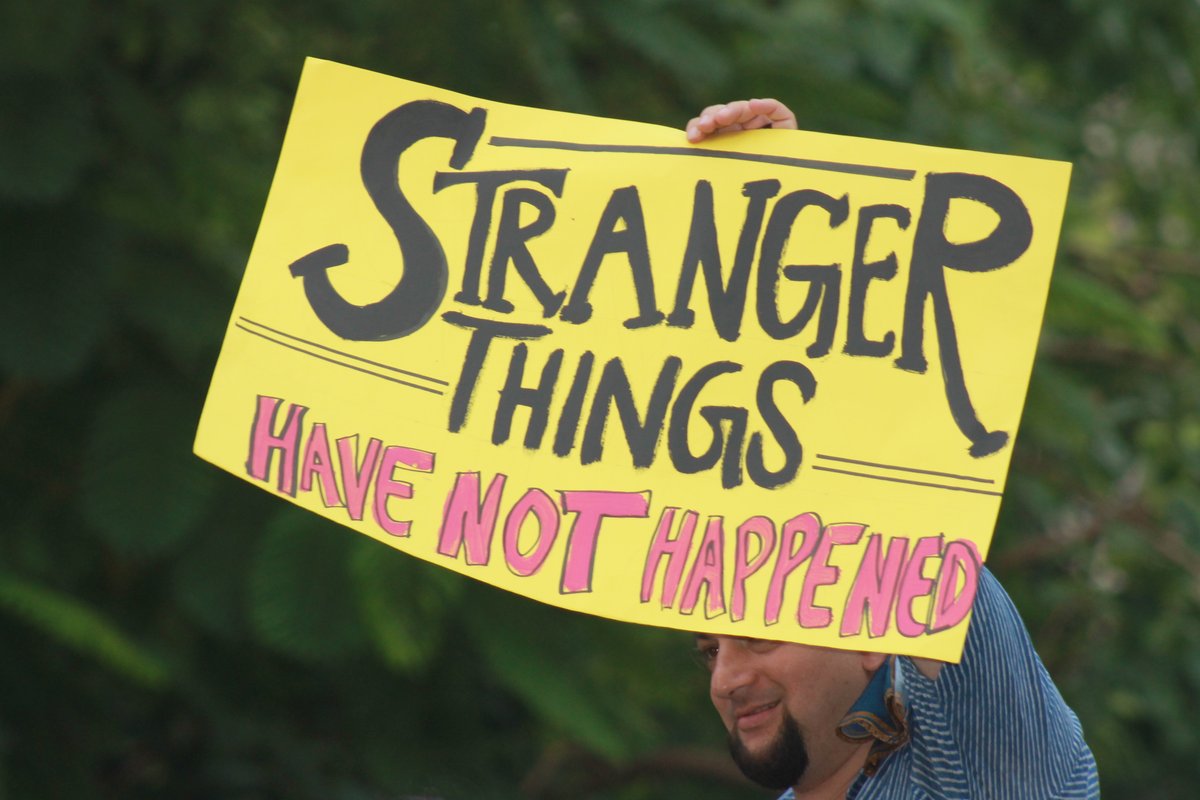 “A certain cat had made the acquaintance of a mouse and has said so much to her about the great love and friendship she felt for her, that at length the mouse agreed that they should live and keep house together.” – Brothers Grimm (Cat and Mouse in Partnership)

Some words are more evocative than others. Coup is such a word, bringing to mind images of gun-toting soldiers and generals ousting elected politicians. According to the Oxford Dictionary, the word coup originated in the medieval Latin word colpus, meaning blow. Coup d’état is a blow against the state, even when that blow is non-violent and administered by civilian politicians.

A blow against the state was what happened on October 26th, when Maithripala Sirisena sacked Ranil Wickremesinghe, in clear violation of the 19th Amendment.

The letter is a masterpiece of evasion. Written in Sinhala, it is worded in such a way that a casual reader (and most voters are casual readers of such missives) would not notice that key omission.

“The lie is quite as real as the truth, it works upon the world, transforms it,” said Italian writer Claudio Magrisi. That is what the Sirisena—Rajapaksa combo is trying to do – using mammoth lies to upend the popular perception of reality.

Take, for instance, the widely disseminated lie about a discrepancy between Sinhala and English versions of the relevant section in the 19th Amendment. Had there been such a discrepancy, Mr. Sirisena would have mentioned it in his letter, adding that his action is based on the Sinhala version. He didn’t, because there isn’t – any discrepancy – whatsoever. (The official Sinhala and English versions can be read hereii).

Mr. Sirisena, as president, can appoint a new prime minister, if there’s a vacancy. Constitutionally there cannot be a vacancy unless Ranil Wickremesinghe resigns, ceases to be a parliamentarian, or his government is defeated in a money bill. None of these eventualities have taken place. To use Mr. Sirisena’s own analogy of an unsuitable marriage, a man has a right to make a new marriage, but only after he has got a divorce. Sans a divorce, a man who ‘marries’ again commits the crime of bigamy. If Mr. Sirisena wanted to divorce Mr. Wickremesinghe, he should have worked to defeat the government at the second reading of the budget. Instead he broke the law, formed an illicit alliance, and plunged the country into a needless and bottomless crisis.

Hell obviously hath no fury like a president scorned.

The return of the Rajapaksas

The 19th Amendment was a key election promise of the then Joint Opposition, one of the few pledges the Sirisena-Wickremesinghe administration honoured. It democratised the Lankan constitution and the Lankan state by pruning some of the more egregious presidential powers and privileges. Blaming the 19th Amendment for the current crisis is like blaming the law for murder or rape or robbery. The crisis was caused not by the 19th Amendment, but by its gross violation.

The 19th Amendment was not hastily and badly drafted. It went through innumerable revisions, until the final version was approved by the Supreme Court. No exercise in constitution-amending was conducted with such openness, and so democratically. It was not something that the UNP sneaked past Mr. Sirisena. Mr. Sirisena worked tirelessly to push the 19th Amendment through a UPFA-dominated parliament.

Those were the early heady days, when Mr. Sirisena’s thinking had not been warped by the miasma of executive-presidency. He was still intent on being a one-term president; he wanted to limit the presidential term to four years; and he laboured hard to obtain a two-thirds majority for the 19th Amendment.

It was the man’s finest hour.

When he ganged up with Mahinda Rajapaksa and violated the 19th Amendment, it was his own legacy he profaned. His homophobic comments, and his evident enjoyment at the howling approval of the rabble, mark his definitive descent into the gutter.

Mr. Sirisena, for reasons that seem entirely petty and personal rather than political or ideological (going by his own statements) is hoping to use the Rajapaksas as a battering ram against Mr. Wickremesinghe. At a recent rally, Mr. Sirisena said he appointed Mahinda Rajapaksa as prime minister because he needed someone capable of toppling Mr. Wickremesinghe and charging ahead. When it comes to toppling laws, rights, traditions and niceties, Mr. Rajapaksa is a master. Now that he has a gained a foothold on power, he will definitely charge ahead. The question is not whether he will topple Mr. Sirisena, but when.

The Rajapaksas were already on the electoral path to power, thanks to the political and economic inanities of the Sirisena-Wickremesinghe administration. The LG poll of February 2018 presaged that future. Had Mahinda Rajapaksa waited for just over a year, he could have become the prime minister openly, legally and constitutionally. Instead he opted to get there through the back door, like a thief in the night.

The Rajapaksas were and are a family concern. The legal jeopardy of a brother might have played a key role in Mahinda Rajapaksa’s decision to form a temporary alliance with a man who probably is on the top of his ‘Wanted’ list.

During their rule, the Rajapaksas built a museum for their parents in Hambantota.iii Public funds were allegedly used for the purpose, to the tune of more than Rs. 80 million.iv A part of this money was repaid by the Rajapaksa Foundation, but only after the family lost power. There is 40 million more to be paid. In consequence, a case has been filed against Gotabhaya Rajapaksa and several others. Starting on December 4th, the case is to be heard on a daily basis by the special high court. v Was saving his brother a prime motivation in Mahinda Rajapaksa’s decision to form an alliance with a man he cannot but mistrust and even hate?

Going by their various public pronouncements, the Rajapaksas never had any intention of waiting for five years to regain power. Over the last three years, they tried to dislodge the government many times. The latest was the September 5th attempt to inundate Colombo with hundreds of thousands of supporters bussed from the Rajapaksa-hinterland. Spearheaded by Namal Rajapaksa, the intention of the Peoples’ Power to Colombo (Janabalaya Colambata) was to paralyse the government, perhaps even to ensure its immediate downfall. “The 5th is a critical day for us,” Pavithra Wanniarachchi proclaimed. “We will surround the places in this country which should be surrounded. We will occupy public places and begin the great satyagraha to send this government home. On that day we will surround all of Colombo. We will come home after we’ve installed our government again.”vi “Peoples’ Power has started the Colombo invasion,”vii claimed Lanka c news at midday on September 5th. But the expected numbers did not materialise. Those who came started leaving by nightfall, forcing the organisers to cancel plans to ‘occupy’ downtown Colombo, at least till the 6th.

Mr. Sirisena needed a reed to hang on to in his mad scramble for a second term. Mr. Rajapaksa needed a fast track to power. The twain that was fated never to meet thus met, in a cat-and-mouse alliance.

To commemorate the first anniversary of the Sirisena presidency, some Sirisena loyalists produced a song hailing their leader as the new king from Polonnaruwa. The story leaked out and there was a public outcry. The plan was aborted and the song removed from the internet. That was perhaps the earliest warming that the plague bacillus of power had infected Mr. Sirisena.

Now the king from Polonnaruwa and the king from Ruhuna are together. That partnership can have only one ending. Perhaps it’s time Mr. Sirisena brushed up on his knowledge of folk wisdom, especially of the fate of the man who grabbed the tiger by the tale.

Had the faux-regime possessed the numbers, the constitutional coup wouldn’t have resulted in a political logjam. Mr. Sirisena and Mr. Rajapaksa have grabbed all power, but a parliamentary majority continues to elude them.

The only legal and constitutional option open to the Sirisena-Rajapaksa combo is to allow a free vote in parliament and abide by the decisions. But that is not a political option for either man. So more constitutional violations, more illegal deeds, more abuses of power and if necessary, naked violence, would be on the cards. Having created the crisis through their unconstitutional power-grab the combo would try to end the crisis via dictatorial solutions.

What will happen once the parliament reconvenes on the 14th – assuming it does reconvene? The Speaker has announced his decision to hold a floor-vote, to determine which side has the majority. The faux-regime is unlikely to permit it, or to abide by its outcome. A pro-Rajapaksa website has mentioned a plan to elect a UPFA parliamentarian as the Speaker on the 14th. The Sirisena-Rajapaksa combo lacks the numbers for such a move. Will force of some sort be used to prevent UNF, TNA and JVP parliamentarians from entering the chamber?

Rumours are rife about an anti-constitutional dissolution of parliament. If Mr. Sirisena implements such a measure, it will backfire on him and on the SLFP. He might entertain dreams of the SLFP and SLPP contesting together under the UPFA banner. But the general secretary of the SLPP has issued a statement saying that the party will contest under its own symbol, and any other party is welcome to join as a junior partner. viii Will Mr. Sirisena accept such a humiliating deal?

Since the Sirisena-Rajapaksa combo will not abide by the constitution or the law, logic or reason, chaos awaits Sri Lanka. The political uncertainty together with the various travel warnings has already affected the tourism sector, with growing cancellations and dropping occupation rates. The haemorrhaging of the Colombo Stock Exchange continues, and the rupee is steadily weakening. Appointing Bandula Gunawardane as the minister of International Trade and Investment Promotion tells its own tale (he set another mathematical record this week, claiming that the Sirisena-Rajapaksa combo enjoys the backing of 12 million voters; he simply added the 5.8 million who voted for Mr. Rajapaksa and the 6.2 million who votes against him).

We are in a time of systemic – and perhaps violent – unravelling. Still there are developments which burn bright in the gathering dark. Be it the principled stand taken by Dr. Devanesan Nesiah or the daily protests by groups of mostly ordinary citizens, the decision by the TNA and the JVP to work together to protect the constitution or the further remanding of a Navy officer accused of abducting two persons in 2009, there are signs, large and small, of resistance, courage and decency. Hope has been murdered, but there is no reason to despair.

i Inferences from a Sabre