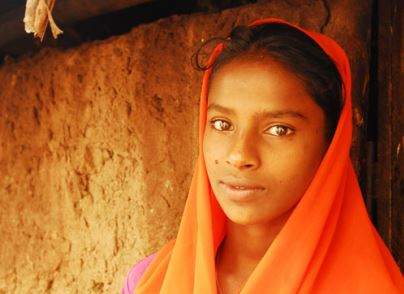 COLOMBO: A high percentage of Sri Lankan Muslim families get their girls married off before they attain 18 – the statutory age of marriage in Sri Lanka, according a new study entitled: Unequal Citizens: Muslim Women’s Struggle for Justice and Equality written by Hyshyama Hamin and Hasanah Cegu Isadeen.

The study quotes a 2015 survey conducted by FOKUS Women in collaboration with the Muslim Women’s Development Trust (MWDT) in Puttalam district involving 1000 Muslim female heads of household which says that 42% of the respondents were married below the age of 18.The reasons given for early marriage were mainly: “family tradition and customs” (55%) and “economic reasons including protection and security” (23%).

Records of Muslim marriage registration in Kattankudy, an all-Muslim town in the Eastern Province, indicated that in 2015, 22% of all marriages were with a bride below 18 years of age. This is a considerable increase from 2014 when the figure was 14%.

The Muslim Marriage and Divorce Act (MMDA) of 1951 allows marriage of girls as young as 12. The only restriction is contained in Section 23 which says that registration of marriages of girls below the age of 12 has to have a prior inquiry and authorization by a Quazi.

However, in practice, the solemnization of a marriage with a girl below 12 without a Quazi’s approval is considered valid, the study by Hamin and Isadeen points out. Non-compliance with this provision amounts to a criminal offence, but the penalties are insubstantial – it is either a fine not exceeding a hundred rupees, or imprisonment not exceeding six months, or both.

Sec 363 (e) of the Sri Lankan Penal Code was amended in 1995 in such a way that the Muslim practice of allowing men to marry girls under 12 is safeguarded. The amended section re-defined “statutory rape” as sexual intercourse with any girl below the age of 16, with or without her consent “…unless the woman is his wife who is over twelve years and not judicially separated from the man”.

Early marriage may lead to early divorce, the study says. According to women volunteers who assist affected women, one of the main reasons for husbands’ seeking divorce from wives who are minors is that they are “unfit to have sex” or are “unable to do housework”.

The plight of young girls who are divorced is pitiable. Education of young women and girls who got married early was more often than not discontinued, significantly limiting their higher educational and economic opportunities. The study showed a significant difference in the educational attainment of girls who were married before 18 years and those married after 18 years. The majority of respondents who married before 18, had only studied up to grades 5 or less.

Early marriage makes Muslim girls susceptible to grave financial difficulties in the event that the husband is unable or unwilling to provide maintenance, and also in the case of his death or his decision to marry another woman.