Harassing Rohingya refugees [in Colombo] is an insult to humanity – JVP 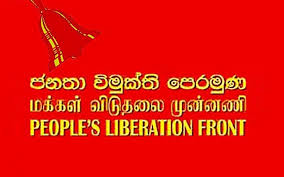 Harassing and assaulting a group of Rohingya refugees who had arrived from Myanmar and are temporarily settled under the care of UNHRC by a gang lead by Buddhist priests at Mt. Lavinia on the 26th is an act that should not have occurred in a civilized society that could never be approved by anyone and should be condemned by all those who respect humanity states the JVP .

Issuing a statement the Political Bureau of the JVP states it is the country, the people and the religious institutions that are humiliated as a result of such perverse acts by diminutive extremist groups and asks the government to intervene immediately to prevent such acts.
Full text of the JVP statement:

It is reported that on the 26th a gang lead by Buddhist Priests harassed and assaulted a group of Rohingya refugees who have been temporarily settled in Sri Lanka under the care of United Nations High Commissioner for Refugees (UNHCR).We consider this act of harassing a group of about 30 that included children and women who had fled as they had been made destitute due to communal and religious extremist conflicts and have arrived here seeking refuge is one that should not have occurred in a civilized society, that could never be approved by anyone and should be condemned by all those who respect humanity.

A large number of people including women and children are killed and made to suffer due to communal and religious extremist conflicts that exist throughout the world. Communalism and religious extremism, in whichever country it exists and whatever language or side it is manipulated by, is harmful to the masses and an act of barbarism that is an insult to humanity.

In Sri Lanka too conflicts due to various kinds of communalist and religious extremist groups have surfaced lately. Sri Lanka had to undergo a grave period and was confronted with a 30-year separatist war due to communalist conflicts. The country is still facing the ill effects of this war. Such conflicts were also a reason for foreign interventions in the country. In such an environment it is regrettable to see diminutive communal and religious extremist groups repeat their manipulations.

This is not the first time that Rohingya refugees came to Sri Lanka. Small groups of these refugees had arrived in Sri Lanka from time to time since 2008 and they were later settled down in other countries through the UNHRC. The small group that has arrived in Sri Lanka at present stays here temporarily and under the care of UNHRC. As such, terrorizing these refugees and attacking them are ignoble acts that cannot be justified by any moral norms or religious philosophy. It is the country, its people and the religious institutions that are humiliated as a result of such perverse acts.

There is another side for this. The moves of the authorities, especially of the government, who are responsible for preventing such acts are shoddy, lethargic and irresponsible. A small group has been able to spread various fabrications regarding Rohingya refugees as the authorities failed to inform the truth to the masses. Also, politically bankrupt leaders of capitalist political parties seem to be behind these extremist groups. In the end, it is not they but the country that is insulted.

Hence, whichever side comes up with whatever arguments to spread communalism and religious extremism, it is harmful and it should not be allowed to exist. We believe that all should condemn harassing Rohingya refugees as it is against humanity and civilized society.