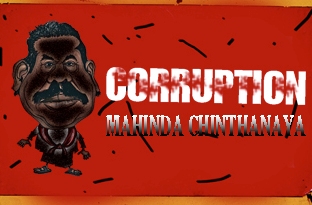 The war is over and the enemy was slain nearly three years ago. Why a new Defence Headquarters at Rs.20 billion. If the good of the country is that mattered the focus should be on a much smaller defence enclave. You cannot fool the people all the time – even the short-memoried gullible variety we are.
by I.S. Senguttuvan
The vast mass of the people in this country voted the Rajapakse government in power – more than once recently – in the hope the lot of the people will stand to improve by a man who assured them hour in and hour out “I am your man; My goal is to raise yourr standard of living” But what is the story after 5 years and more after the people placed their trust in Mahinda Percival Rajapakse? While they earn less in actual terms today, they pay very much more for their daily food – much of it well beyond their reach – they pay more to travel; their health facilities are the worst ever; the education facilities of their children have never been this bad – with even once-respected Principals of schools turning dishonest; essential health services are in a sorry condition with hospitals piling up with patients 3 to a bed. Basic and necessary medicine and injections are not available. Even the promise of the salary increase of Rs.2,500 was dishonoured.

What do they have in excess? Cut-out of the President littering the country-side – his charming smile to the fore. Police meant to protect the people have turned turned villains. It is no more the Tamil people who vanish without trace. Prageeth Ekneligoda is still missing – over 600 days. Those tears of his wife and children bother nobody in this land of the Most Compassionate One. There are hundreds more in many parts of the country – outside the Tamil North-East. But then as Charles Dickens was to note many centuries ago “it is the best of times (for some like Sajin Vaas, Dr (?) Mervyn Silva and the “miracle man of medicine) Dr (?) Eliyantha White) and the worse of times (to others like 21-year old Roshan Chanake Ratnasekera of Minuwangoda who was shot like a dog simply because he was one of those suspected to have brought down the giant cut-out of the President – the real cause of the Katunayake police brutality) We are now told the Police even tried to delay Roshan getting medical attention in time. He was clearly marked for death. The domino collapse of many Arab States is running far too scared among those high in the regime and their hench-aiyas in the airport area, in this case.

What happened to all those reformist programmes promised under the Mahinda Chintana (the local version of Mao’s thoughts) where the country was to be turned into another Utopia. The country now is Hambantota – Mahindapura in competition with Anuradhapura as that great man of literature Jackson Anthony was to suggest in song. The Port, the airport, the ultra-modern Cricket Stadium, the Zoological Gardens will, nay must, all be in that hallowed, blessed part of Mother Earth. May not be long when Kataragama itself is shifted to the Medamulana area and history re-written by such Buddist Sinhala spin-doctors like Gunadasa Amarasekera, Nalin de Silva, Gomin Dayasiri, Udaya Gammanpilla, Champika Ranawake et al to confirm the Hindu diety Kataragama deviyo actually was seen with his consorts Valli and Deivanai in the Medamulana vicinity. History will be re-writ by the regime-anointed super Sinhala Buddhist patriots. School-books will be redone– by the pussilanimous S.B. Dissanayake – to “record Sinhala history accurately” It will be Ceasescu’s Romania all over again. They “manufactured antique history” there until one fine day the Romanian people rounded up both husband and wife and executed them in the street.

While a loaf of bread that was Rs.28 when the Rajapakses took over is now over Rs.50; Eggs that were Rs.8 are now double; Normal Rice that was Rs.28 is now Rs.60; Popular Vegetables that were in the Rs.35 kg region now over Rs.50; Seer fish and Large Prawns that was Rs.350-Rs.500 is now only for the new millionaires – costing over Rs.1,000 kg; Chicken curry, used thrice a week, is now in the table of the upper middle class only once a week. What is now not seen on the surface is the health of the average man and woman. With food prices beyond their reach, they are now under-nourished and vulnerable to various forms of disease in the short and long term. The average height of the Police PC in the street in his early 20s is not more than 5ft 2” whereas in the 1960s it was 5.8″

While all this tamasha goes on what does the government do? They are going hammer and tongs to get – of all things in the whole wide world – the Commonwealth Games here – to Hambantota, that is. The bid is in the region of a staggering US$4 billion. But is the CWG the top priority of a nation that is now groping its way to some form of economic sense after fighting within itself for 3 decades? Is the idea behind to make sure there will be so much development in the area each and every Rajapakse from the family who contests an election will not lose in the next 50 years? Who is to raise the question. The Honourable Opposition lies paralysed. It is fighting amongse each other it has no energy to fight the delinquent State in Parliament. Whatever fight it has left it does among itself. Clever man, this Mahinda Rajapakse. He not only broke the party into two and took many of them to his side but he has made sure for the rest of their political life the UNPers are at their throats – the Ranil Wing, the Sajith Wing, the Ravi Karunanayake wing, the Karu J wing and the wingless wing. To show he is still around Ranil Wickramasinghe lets out a sqeak now and then – to show the party and the country he is still politically alive. The latest was he said the army should not do the work of the Police – referring to the blatant fascim in Jaffna. Atta boy! He raised another question that did not register sufficiently in the minds of the media or the people. It will, however, have grave consequences to the young in the future. He asked if it is true the government is slowly doing away with the primary classes in many schools for a start – as the Education Department is gradually becoming bankrupt.

For sometime Ranil is smitten by the travel bug. For almost no reason at all, he will fly to Puttaparathi, Chennai or Delhi. Then he will be in London, Los Angeles – and often in Melbourne. He is not totally unwanted in these places. The man has much social grace. He comes of excellent stock. When we were young we were told it takes 7 generations to make one a gentleman. The Wickremasinghes have passed that test. As to the Rajapakses, they have’nt even entered the race, blimey. Ranil will get to see the highest at short notice. They know he can discuss the state of his country, of the region and of the world sensibly. They have time for this charming man. He is no fool. He may not accept the top mantle in Sri Lanka now even if it is given to him in bended knees on a silk-covered Kandyan silver tray. He knows the country is, at least economically, well beyond redemption for decades from now. The nation is sinking with the massive weight of debt it had borrowed – to squander mostly – in the past few years Gone is the political culture when Dudley Senanayake, when pressurized by his party peers in 1970, was told to review an appropriate counter to Mrs B’s reckless offer to “provide 2 measures of rice – from the Moon” They looked at the arithmetics and Dudley explained it simply cannot be done. He was right but refused to be dishonest.Mrs B won the elections – and we know what happened to the country since then. Scrupulous honest politicians have been extinct species for a long time. It is the rump, the double-faced liars and social rejects in the saddle now.

The war is over and the enemy was slain nearly three years ago. Why a new Defence Headquarters at Rs.20 billion. If the good of the country is that mattered the focus should be on a much smaller defence enclave. You cannot fool the people all the time – even the short-memoried gullible variety we are. Why is that not a single major politician or political group, the civil society and what is left of the gasping freee media failed to raise a voice on the unnecessary extravaganza of the CWG. This would have been alright for Brunei, Kuwait, Qatar, Saudi Arabia or even Singapore. They have the extra cash without hurting the welfare of their people. But we are mendicants, economically speaking, and we do not know when and where the next meal of the people is going to come from. So for whom is the CWG? You know the answer. There is a limit to thanha- even the variety involving the dreams of making overseas fortunes of several siblings. Ego too is destructive as the practicing Buddhist knows. The country has been mortgaged to the Chinese and the security of neighbours placed in jeopardy. The family silver is sold for tuppence. All because the people are still groggy with those war-victory speeches – still used on many an occasion. Something has to give in – soon.Or even one or two nee enemies “discovered|” to keep the attention of the people from the real issues.

Government of the corrupt, by the corrupt and for the corrupt is a weak platform to build foundations of fortunes to last generations for the kith and kin; near and dear. This has been déjà vu for despots in other theatres throughout history. The Lankan case will be no different.

(The writer is a senior journalist based in Colombo)
SLG