Government has failed to heed our recommendations – OMP, Sri Lanka 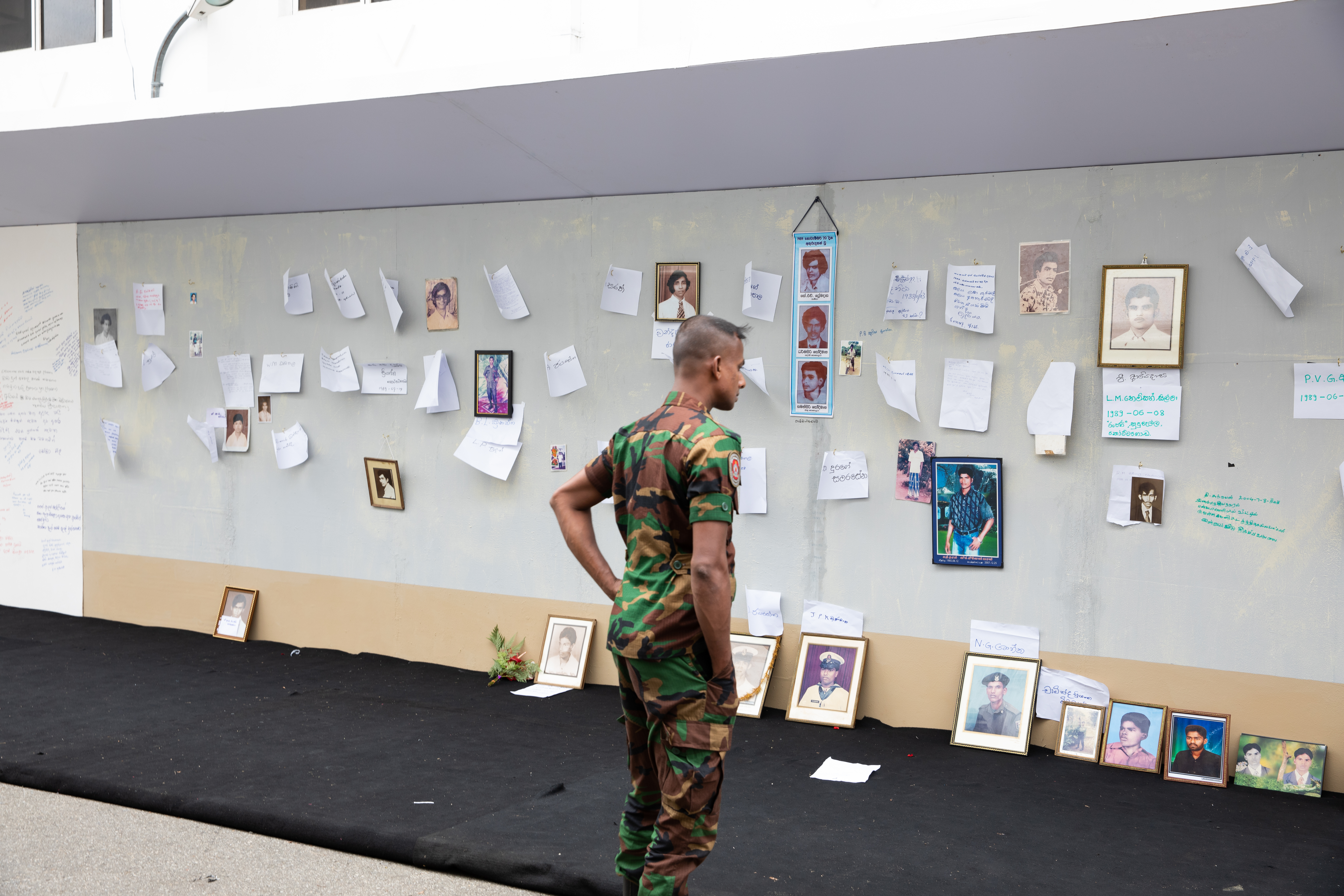 Image: A solider having a look at (temporary) the memorial wall for the disappeared at OMP on 31 August 2019.

Office on Missing Persons (OMP) says the Government has failed to heed the recommendations made by them on Military and Police officers involved in enforced disappearances. According to the Chairperson of the OMP, PC Saliya Peiris, the independent body in its interim report last year recommended that the Government and relevant organizations should refrain from handing promotions to officers implicated in such cases while also taking steps to suspend their service till the inquiries are complete.

“However the Government has not taken these recommendations into consideration,” he said, addressing the commemoration event held to mark International Day of the Disappeared on Friday. The OMP had handed the interim report containing these proposals to government officials in September last year.

Speaking to the Sunday Observer Peiris later said the OMP had on several occasions written to Defence Ministry officials to voice their concerns on promotions being granted to officers allegedly involved in enforced disappearances that had taken place in the country. “However their response has not been favourable” he admitted.

According to sources, in response the officials had claimed that the promotions and the decision to not suspend the services of the officers were taken based on the presumption of innocence.

Meanwhile, recently the Criminal Investigations Department (CID) has said that continuous promotions and benefits granted to suspects of the notorious Navy abduction for ransom case can obstruct ongoing investigations and hamper court proceedings.

The CID expressed these concerns when the case was taken up again on August 21 before the Fort Colombo Magistrate’s Court. In the B-report submitted to court by the OIC of the Gang Robberies Unit IP Nishantha Silva, the CID noted that suspects of the case and the case relating to the abduction of two other victims being heard in the Aluthkade Magistrate’s Courts have been promoted by the Sri Lanka Navy after they were arrested and remanded in connection to the cases.