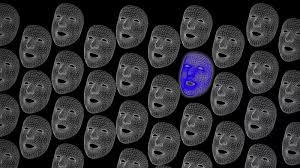 Gotabaya Rajapaksa has unveiled his national strategy or vision as a presidential candidate with an authoritarian zeal. This is clear from his Viyathmaga speech. He should be commended however for his fairly clear expression of views and objectives.

His definition of objective of government was the following at the outset: “The objective of any government should be to develop a prosperous nation of productive citizens, living in a disciplined society with content families.”

Such a definition or interpretation gives the authority to a government, although elected by the people, to direct the economy, the society and the people unreservedly. If GR is elected by any chance, he can claim that he has a mandate or ‘referendum’ for that purpose. In this rigid scheme of things, ‘prosperous nation and content families’ are the objectives. ‘Productive citizens and disciplined society’ are the main means to achieve them.

Coming from a very traditional social milieu, although lived in America, it is not strange that he talks about ‘content families’ and not ‘content citizens.’

There is nothing much wrong in referring to ‘nation’ as the overall entity. However it has to be admitted that it is deeply divided in the case of Sri Lanka today. In his vision of things, there is no clear determination to unite the divided nation of different communities and religions. In the absence of such a vision, the possibility is for him and others to equate the ‘nation’ at least as their own, or of their ethnicity. There can be several key objectives for a future government, elected both through the presidential and parliamentary elections. Completely narrowing that to ‘economic prosperity’ is not realistic, sufficient or workable. Equally important objective for a government, in the present case of Sri Lanka, is ‘national unity’. A terrible mistake of the 2015 government was to restrict it to constitutional change, yet unfulfilled, hiding a narrow economic agenda behind it.

Along with economic prosperity and national unity, there is another objective that any future government should pursue. That is to restore democracy in its real meaning and not just maintain the existing structures and functions, or introduce a technocratic element to it, as he intends to do.

Gotabaya Rajapaksa after outlining his vision for international relations, has ventured into a more controversial domain of national security. Many of the general premises could be considered correct given the past experiences, but could one consider the following statement to be correct? “During this post-war period, neither the police nor the military were engaged in any activity that would pose any harassment to the people.” Has he forgotten or hiding what happened at Rathupaswala in July/August 2013? He was the Secretary of Defence or de-facto minister at that time. The experience of the people in the north and the east almost continuously was also the same. There were no efforts to demilitarise, remove the unnecessary army camps, reduce the number of soldiers, give back the lands which were taken over, or investigate the alleged atrocities or excesses during the war or thereafter.

It is also important to remind what happened in November 2012 at Welikada prison. It was of course not a harassment of ordinary people, but mostly convicted criminals. However that should not be the way even the criminals should be handled in a prison. He has said, “Our country should be free from crime, drug trafficking, terrorist financing, money laundering and corruption.” However the killing or elimination of those people should not be the way those matters should be handled in a civilised society. Is he a believer of Eugenics in that sense? We are yet to discover that.

Some of his economic policies are important or praiseworthy, but it would be a mistake to consider them as foolproof.

Is it a type of military discipline that he is trying to impose on society? It is questionable. If it is in the social meaning, and if it is through the rule of law, education and independence of the judiciary, that is going to be implemented, that is acceptable. However, the legal reforms and arbitration that he proposes are ambiguous to that end. If it is through the ‘security apparatus’ that he most talks about, it should be opposed.

His vision of democracy is the most limited or even pathetic. He says the following: “In a country with a well-functioning democracy, people are provided with the opportunity to express their opinion of their government through timely elections.”

That is his vision and not a statement of any country. In his vision, ‘freedom of expression’ is limited to the times of elections. No mention about freedoms and rights in between – freedom of the press, the media, religion, association, etc. He is even reluctant to mention the term ‘human rights’.

Gotabaya is a military man and not a civilian who is contesting for the presidency. Many warned and opposed Sarath Fonseka in 2010 for the same reason. GR has no experience as a politician working among or with the people. On security matters he could have played a positive role, if under a civilian President.

Most problematic for the country’s future might be such a military man (if elected), trying to assume full executive powers in a context where most of those powers are now curtailed. That is the danger of his vision.