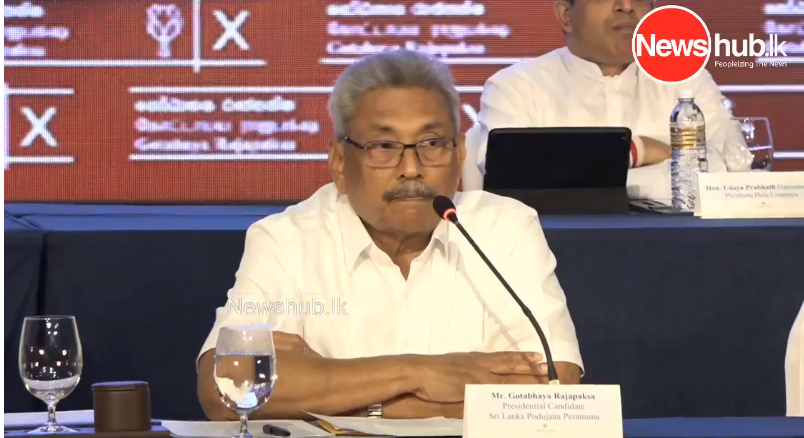 Rajapaksa also said that if he becomes President his Government will not recognize the UN Resolution on Sri Lanka which was passed by the UN Human Rights Council in Geneva in 2015.

Gotabaya Rajapaksa hosted his first media conference at the Shangri La Hotel in Colombo today after being nominated as the SLPP Presidential candidate.

Asked about the war missing, Rajapaksa said that all the LTTE cadres who surrendered to the Army during the final stages of the war were rehabilitated and released into society.

He said that there is no evidence to back allegations that LTTE cadres who surrendered are missing.
Rajapaksa also said that the remains of some rebels and even soldiers had not been recovered during the war.

He said the country needs to move forward without hanging onto the past.

The former Defence Secretary also said that his Government will not recognise the UN Human Rights Council Resolution on Sri Lanka.