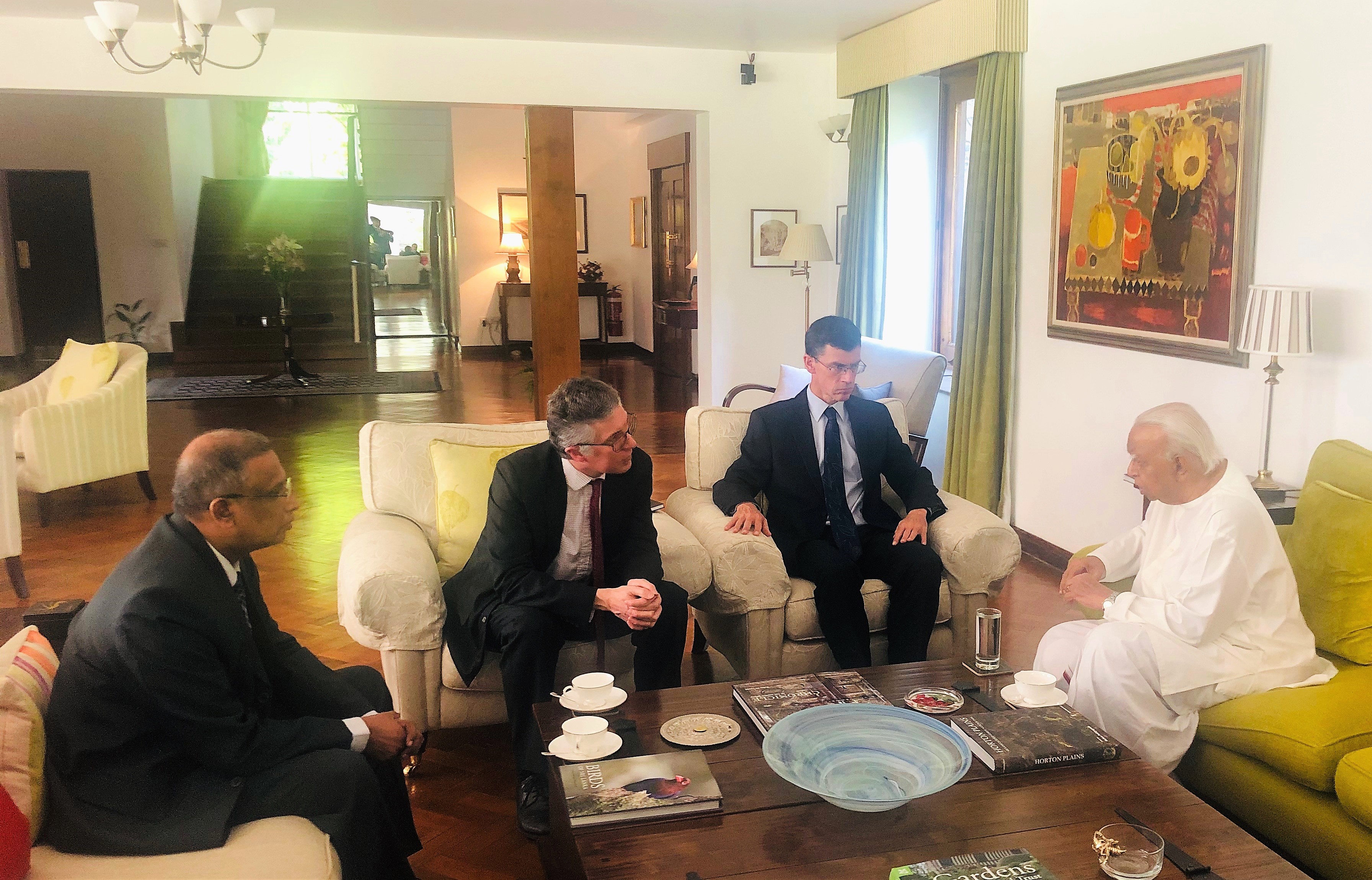 In a discussion with Mr Fergus Auld, Head of South Asia Department , UK and India Coordinator TNA has insisted that  the process outlined by the United Nations Human Rights Council Resolution in Geneva should be kept alive, and tall  necessary action  should be taken to ensure its implementation within a given time frame.

Briefing on the current political situation Mr Sampanthan recalled the mandate given by the people in 2015 January and August elections to both President and Prime Minister and emphasized the need for both of them to work together in order to fulfil the promises given. Further briefing on the recent political crisis Mr Sampanthan said, “we will stand against anything unconstitutional and illegal. We may have not satisfied everyone in this process, but we had to make certain decisions based on principles without giving much attention to other matters.

Explaining the new Constitutional making process Jaffna District parliamentarian and TNA Spokesperson Mr Sumanthiran explained the amount of work that has been carried out in framing a new Constitution from 2016 to date. He further stated that there is a very lethargic approach from the leaders representing the two major parties in explaining the purpose and the substance of the proposed Constitution to their parties and the people.

Speaking further Mr Sampanthan pointed out that the devolution of power needs to be genuine and people should be able to exercise powers over their day to day matters. He further stated that the real problem in taking this process forward is that there is a lack of will on the part of the politicians. He stressed that certain politicians are afraid to share powers with the people as it will leave little room for corruption and waste. He further cautioned that if there is no political solution found for the longstanding national issue, the country will not have a future. He further pointed out that this is the only opportunity in the history of this country to achieve a substantial consensus of all political parties represented in Parliament for a Constitution. Mr Sampanthan said we are seeking a solution within a United Undivided Indivisible country, and if the solution is reasonable we will take it our people and I am confident that our people will extend their support to enact a new Constitution.

Also discussed was the United Nations Human Rights Council Resolution in Geneva, and the need to keep the process alive, and take all action necessary to ensure its implementation within a given time frame.

The meeting lasted one hour and was attended by the High Commissioner for Great Britain His Excellency James Dauris and the Political Section Head Paul Green along with Mr Fergus Auld.