Geneva: March 2014 is not looking good for Sri Lanka Govt. 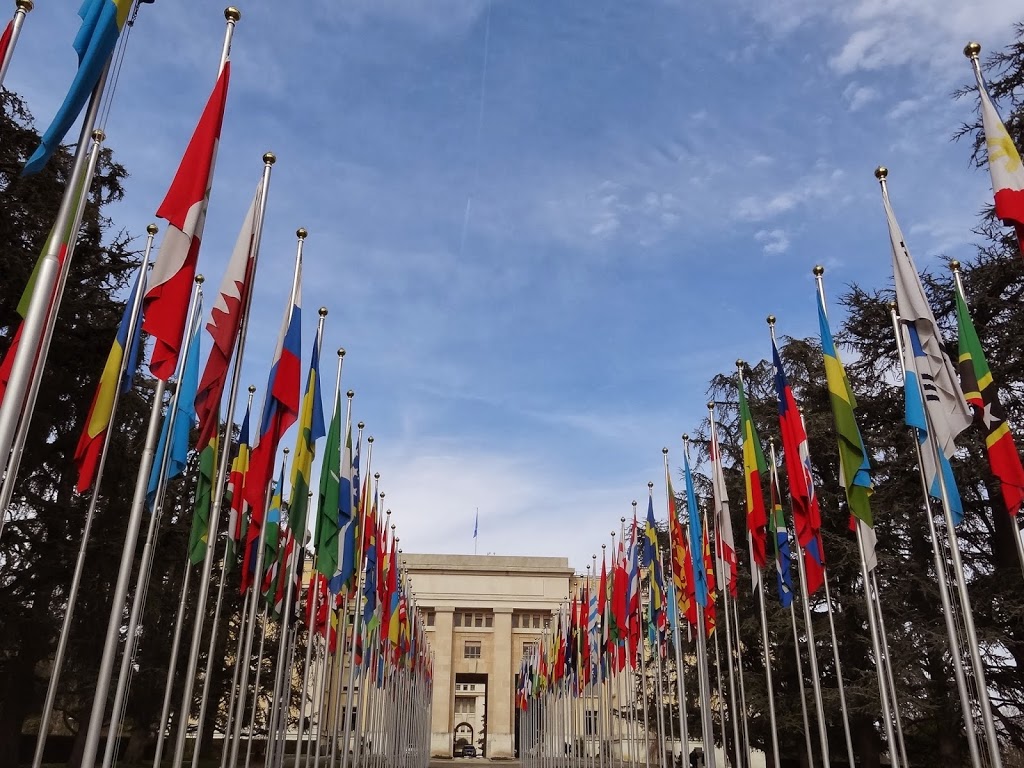 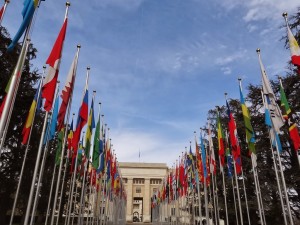 From the sidelines By Lasanda Kurukulasuriya
The UN General Assembly has elected 14 new members to the Human Rights Council in Geneva, and assuming there will be a third resolution brought against Sri Lanka in March 2014, it’s not looking good.
A rough count of how voting on such a resolution would go in the 47 member Council, based on the previous votes in 2012 and 2013, suggests that 23 members are likely to vote against Sri Lanka and 13 for, while six will abstain and five remain unpredictable.
Sri Lanka will need to launch an intense diplomatic effort with special attention to African and Latin American states if it hopes to alter this equation by then. States representing the global South are the country’s natural allies. Besides they form the majority in the HRC where seats are assigned on the basis of ‘equitable geographical distribution,’ with 13 seats for Africa, 13 for Asia-Pacific, and eight for Latin America.

On Nov 12 a General Assembly vote, in keeping with the practice of annually electing one third of the Council, gave membership to Algeria, China, Cuba, France, Maldives (re-elected), Mexico, Morocco, Namibia, Russian Federation, Saudi Arabia, South Africa, Macedonia, United Kingdom and Vietnam. Their term will run for three years from Jan 2014. Of these countries while it may be anticipated that China, Vietnam, Saudi Arabia, Russia and Cuba will add to the number that supported Sri Lanka in March this year (by voting against a hostile resolution), a similar number of votes will be lost with outgoing members Ecuador, Mauritania, Qatar, Thailand and Uganda. This means there is no change in the tally of 13 likely to vote for Sri Lanka in 2014.

Six outgoing members that voted against Sri Lanka in March are Guatemala, Libya, Poland, Republic of Moldova, Spain and Switzerland. Four new members France, the UK, Mexico and Macedonia are likely to support an anti-Sri Lanka resolution, and bring the total against in 2014 to 23 — two less than in 2013. Those who abstained remain — Botswana, Burkina Faso, Ethiopia, Kenya, Japan and Kazakhstan. Gabon did not vote, and new members whose position is unknown are Algeria, Morocco, Namibia and South Africa. In 2009 South Africa supported Sri Lanka.

It’s worth recollecting the dynamics that worked in favour of Sri Lanka at the HRC special session in Geneva 26-27 May 2009, soon after the war’s end, when a Swiss-EU draft resolution brought against the country was defeated, and Sri Lanka’s counter resolution adopted with an incredible majority of nearly two thirds (29), with only 12 against. India was among the most outspoken in its support of the Sri Lankan resolution. India’s retreat from that stance is attributed to its domestic electoral compulsions that have come into play since then. New Delhi is concerned about Colombo’s tardiness in reaching lasting political accord with the Tamils.

Do the other reversals point to failures in diplomacy? Brazil, which supported Sri Lanka in 2009, voted against us this year. Argentina and Republic of Korea which had abstained in 2009, also voted against, while Burkina Faso which had backed Sri Lanka in 2009, abstained in 2012 and 2013. While the numbers count for obvious reasons, the need to win the support of democracies like India, Brazil and South Africa assumes importance in order to wrest the moral high ground from the West. This would buttress the strength of Sri Lanka’s communist friends like China, Russia and Cuba. Cuba’s ambassador Juan Antonio Fernandes Palacios was among the most vocal advocates of the 2009 resolution and made a strong statement calling on the Council to support it, that was also critical of the EU’s draft.

The backdrop to the highly charged environment in which the 2009 special session took place is detailed by Dr Dayan Jayatilleka, Sri Lanka’s Permanent Representative to the UN at the time, in his book ‘Long war, cold peace.’ With the Tigers’ defeat imminent, the EU Parliament was pushing for an HRC resolution to stall the military offensive and resume negotiations with the terrorist separatist Tigers. The Sri Lankan team together with its friends in the Non Aligned Movement “fought a bitter rearguard action to prevent the 16 signatures requisite for the holding a special session and managed to hold it back while the war was on. …. The EU was one signature short for 10 days but shortly after the war was over on the 18th-19th May, the last signature was obtained.” The special session was held on 26-27 May 2009, and the rest is history.

Jayatilleka recalls that a lesson of Geneva May 2009 was Sri Lanka’s ability to “rally the broadest forces, construct coalitions, build alliances with those who stood for sovereignty and a multi-polar world, neutralize those vacillators in the middle, thus BALANCING OFF pressures on our national sovereignty from the Diaspora-driven, humanitarian interventionist’ powers.”
The former ambassador got little thanks for leading the team that pulled off this remarkable feat, he was recalled a few months later for reasons that remain unclear.

A hostile resolution adopted in the UN HRC in 2014 is likely to go beyond the language of 2012 and 2013, and could possibly bring sanctions and unwelcome interference in Sri Lanka’s internal affairs. British Prime Minister David Cameron at CHOGM last Saturday threatened to use UK’s position in the rights body to call for an international inquiry into alleged war crimes. Such a development could have the long term effect of reversing the war victory, reducing the immense sacrifices made by Sri Lankan troops to naught. With so much at stake, and in the national interest, President Rajapaksa would do well to consider sending Jayatilleka back into the fray to redeem whatever remote chance there is of preempting such a damning outcome in March 2014.
ST