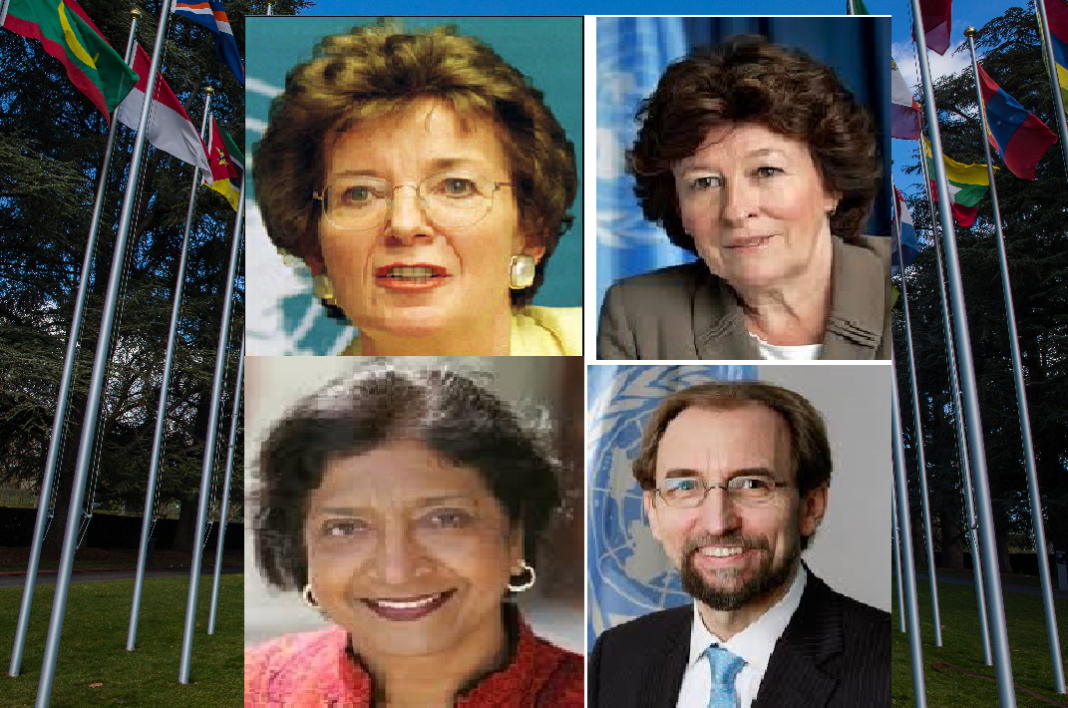 “Given the continued reluctance of the Sri Lankan Government to meaningfully uphold the human rights of all, only decisive, international action to ensure justice and accountability can interrupt Sri Lanka’s periodic cycles of violence” says collective of former UN officials including four former UN Human Rights High Commissioners.

Their statement in full:

UN officials and independent experts call on the international community to take immediate steps towards justice and accountability to end Sri Lanka’s cycles of violence.

The recently released report on Sri Lanka by UN High Commissioner for Human Rights
underlines, yet again, the country’s lack of progress on justice and accountability. Based
largely on an analysis of emerging trends, it makes a compelling case for decisive
international action to ensure justice and accountability for mass human rights violations and atrocities in Sri Lanka as a central element of the search for sustained reconciliation and the prevention of the recurrence of rights abuses and conflict.

The High Commissioner’s report raises the alarm regarding, specifically: the militarization of civilian government functions (including the appointment and promotion of senior military officials identified in earlier UN reports as perpetrators of alleged war crimes and crimes against humanity during the final years of the conflict); the reversal of constitutional
safeguards (which undermine, among other things the independence of the judiciary and key oversight commissions on the police and human rights); new sources of political obstruction of accountability for crimes and human rights violations (including by new Commissions of Inquiry that have intervened in ongoing cases); an increase in majoritarian rhetoric and exclusionary policies targeting Tamil and Muslim communities; unceasing surveillance and intimidation of civil society and shrinking democratic space (including the continued use of the draconian Prevention of Terrorism Act, despite years of commitment to its repeal and replacement by an Act complying with international standards). All of these give rise to new and exacerbated human rights concerns, that are already reflected in reports of ongoing harassment, intimidation, torture, abductions and sexual violence.

The High Commissioner’s report is to be praised for its preventive focus. In 2009 the
international community failed Sri Lanka. We must not fail again. Since then, much has
been learned about prevention. A consensus has emerged on the need to broaden and to
upstream prevention work. Agreement has been reached that the brunt of prevention work
is borne by national institutions.1

But it has been stressed that this presupposes sincere and effective commitment to addressing the root causes of violations and conflict, including through the implementation of transitional justice measures of the sort that the Sri Lankan Government had committed itself to establishing as long ago as 2015 under Human Rights Council Resolution 30/1.
The previous government lacked the ability or the will to achieve sustainable progress in the implementation of these commitments. Despite limited progress in some areas, especially the establishment of the Office of Missing Persons, and the Office of Reparations, the promised truth commission and special court for international crimes were never established.

The current government has explicitly rejected these commitments, arguing the Sri Lankan
state committed no crimes in need of acknowledgement or accounting. Instead of
completing ongoing investigations into human rights violations, the president, just weeks
before the Human Rights Council meets to consider the High Commissioner’s report, appointed yet another ad hoc commission, this time tasked with examining the findings and recommendations on human rights violations of the plethora of previous commissions. This is an exercise of ‘meta investigation’ that drives Sri Lankan reliance on ad hoc commissions to a point that would be laughable were it not for the seriousness of what is at stake, the long-delayed respect for the rights of victims. Meanwhile, the Presidential Commission of Inquiry into Political Victimization, after actively obstructing investigations into serious cases of abduction, disappearance and assassination, has recommended not just that the charges against every accused in the emblematic cases highlighted by the UN should be dismissed and that those that were accused be given compensation, but that charges should be filed against complainants, investigators, and prosecutors.

The Commission also recommended the establishment of a further, and rarely used, Special
Presidential Commission of Inquiry, with the power to punish ministers in the previous
government, and allied parliamentarians, who devised new mechanisms for the investigation and prosecution of corruption and backed police inquiries into some of Sri Lanka’s most notable political killings and abductions. Those targeted, who now form the core of the political opposition, face the prospect of being banned from holding public office for up to 7 years.

Under these circumstances, and despite the conviction that redress and prevention are the
primary responsibility of individual states, the fact is that Sri Lanka has made its justice
institutions unavailable to its own victims. We therefore echo the High Commissioner’s
recommendation to member states to work with victims and their representatives to pursue
justice through universal or extraterritorial jurisdiction. Existing international avenues for
accountability such as the International Criminal Court should be considered, in the face of
Sri Lanka’s opposition to ending impunity.

We also support the High Commissioner’s suggestion of imposing targeted sanctions against credibly alleged perpetrators of international crimes and strengthened monitoring and reporting by a dedicated Special Rapporteur. Finally, we join the High Commissioner in her call to establish a dedicated mechanism to collect and preserve evidence and to initiate an independent study of international accountability options.

And of course, we reiterate the calls made to the Government of Sri Lanka to pull back from its current aggressive policies towards Muslims and Tamils, to desist from using the
Prevention of Terrorism Act as if it were a basic public order law, to refrain from
instrumentalizing the justice sector, and to cease the threats and harassment of opposition
politicians and human rights and civil society groups – these are the triggers or vehicles for
future violent conflict and rights abuses.

Sri Lanka has known not only inter, but intra-communal violence for decades, with victims in every community. This violence has been the main obstacle to the country’s achieving levels of development that reflect the island’s impressive human and natural resources. Sri Lanka had the opportunity to demonstrate to the region and the world that settling a conflict is not simply a matter of achieving a military victory, but of satisfying claims to justice. Instead, it is taking a road that, in reaffirming exclusion and marginalization, weakening the rule of law and hollowing out independent institutions, harassing and persecuting those who seek justice, is sowing the seeds of conflict.

Whether Sri Lanka continues on its trajectory towards renewed violence or finally breaks
with its tragic history and firmly embarks on the path of sustainable development hinges on
international action now. Given the continued reluctance of the Sri Lankan Government to
meaningfully uphold the human rights of all, only decisive, international action to ensure
justice and accountability can interrupt Sri Lanka’s periodic cycles of violence.