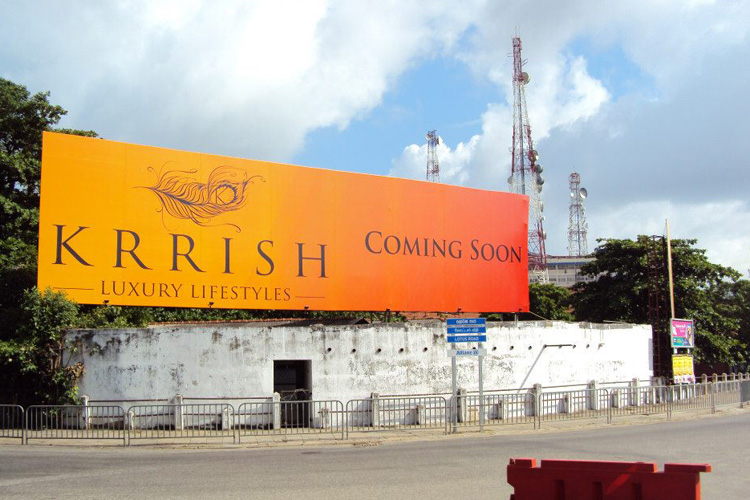 Revealing another aspect of investigations into the alleged misappropriation of million of rupees granted by Indian Real Estate Company Krrish Lanka Pvt. Ltd, the FCID yesterday informed Court that former Sri Lanka Tourism Board Chairman Nalaka Godahewa and three others are being investigated over a land deal involving Rs. 40 million in Puttalam with the Krrish Company.

The FCID made this revelation, when the case against MP Namal Rajapaksa, concerning a misappropriation of Rs. 70 million belonging to Krrish Company was taken up for inquiry before Colombo Fort Magistrate Lanka Jayaratne.The FCID alleged that Godahewa who was then Chairman of the Sri Lanka Tourism Board had obtained Rs.40 million on the promise of providing a land in Puttalam to the Krrish Company by presenting a forged deed.

The FCID said a person named Dinusha Dewwandi had also obtained another Rs.7 million from the Krrish Company for preparing a project proposal and an individual named Abdul Badurdeen had coordinated with lawyer Sujith Rohitha Perera to prepare a forged deed.

Police are expecting to name Nalaka Godahewa and three others as suspects in due course.

Godahewa also served as the former Chairman of the Securities and Exchange Commission (SEC) and the Managing Director of Sri Lanka Insurance.

Meanwhile, Police told Court that they have concluded investigations against MP Namal Rajapaksa and sought the Attorney General’s advice in this regard. He was arrested for allegedly misappropriating Rs.70 million granted by Indian Real Estate Company Krish Lanka Pvt. Ltd, for the development of rugby in Sri Lanka. He is currently out on bail.

The FCID alleged that Krish Lanka Pvt. Ltd had granted Rs. 70 million for the development of rugby in Sri Lanka and the amount was given to Ceylon Premium Sports President Nihal Hemasiri Perera.

The FCID said Krish Company had remitted the money to a HSBC bank account belonging to Nihal Hemasiri Perera and he had later given the money to Rajapaksa on two occasions.

The FCID alleged that the complaint by Wasantha Samarasinghe had alleged that the money granted by Krish Company had been misappropriated by the suspect without utilising them for the real purpose of the company. Further magisterial inquiry was fixed for October 31.