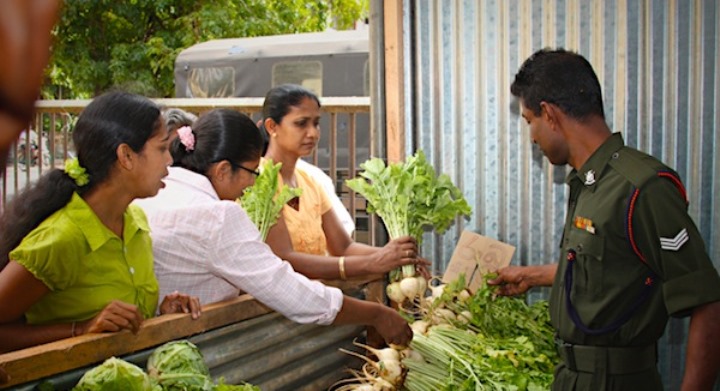 [Military is every where doing even cleaning roads]

Former President Chandrika Bandaranaike Kumaratunga has expressed fears whether a military rule would be established within Sri Lanka.

In an interview with ‘Aththa’ newspaper the former president expressed her opinions on the ‘country heading towards a military rule’.

“I have strong fears over this matter. Today even the roads are being swept by the military. Even the drains in front of my house are being cleaned by them. My greatest fear is whether they will commit a massive destruction by discarding their brooms for weapons at a crucial time when then public attempts to bring about a change,” she has said.

“They keep a close eye on the happenings in our houses. Telephones and e mails are being monitored… CID and State Intelligence Service personnel have been deployed at major hotels to keep tabs on who comes and goes,” she has added.

“Even if a friend visits my home, intelligence officers question them the following day. Not only me. Everyone who is thought to be a person disagreeing with those in power are faced with this situation. All these things visible today are signs of a military rule,” she has further said.

She added that the most suitable approach in this situation would be a united alliance from the opposition.

“This is not a time to build fences based on party differences. All those who love the country should set aside their differences and join hands to salvage the country from the dark trench it has fallen into,” she said
Asia Mirror