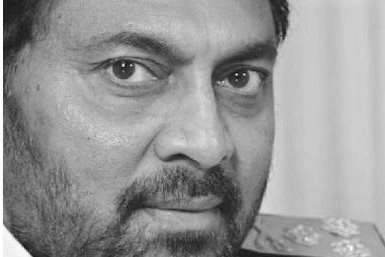 Investigators of the Criminal Investigations Department (CID) probing the Navy abductions case say former Navy Commander Admiral Wasantha Karannagoda has admitted to having knowledge of five youth being abducted from Dehiwala and that they were held at the Eastern Naval Command.

“It has been revealed that if he had focused and acted with due care on the information received the five youth and other victims of abduction being forcibly held could have been saved” the CID noted in the report.

CID sleuths revealed this information before the Colombo Fort Magistrate’s Court this week when the Magisterial inquiry into the alleged abduction of 11 youth by a Navy extortion gang was taken up. Karanagoda was also accused by the CID of failing to mention key evidence about the youth provided to him by the then Director of Naval Intelligence Admiral A.K Guruge in his May 28, 2009 complaint on the abductions to DIG Crimes Anura Senanayake. “It has now been revealed that he has worked instead to protect those responsible for the crimes and hidden evidence” the CID said in the B-Report.

The revelations were based on statements provided by Karannagoda to the CID and a number of witness statements including that of former Naval Intelligence Chief Rear Admiral A.K Guruge and Vice Admiral (Rtd) Susitha Weerasekara who was the Eastern Naval Chief at the time.

The CID also informed courts of statements taken from several witnesses to verify statements provided by Karannagoda to the investigators. While Karanangoda had been informed of the youth on his own admittance by Rear Admiral J.J Ranasinghe on May 10, providing a statement to the CID Head of the Naval Eastern Command at the time Vice Admiral (Rtd) Susith Weerasekara had said Karannagoda had only instructed him to ascertain if this youth were being held at Gunsite on a much later date. “It was after May 20,” he had told the investigators admitting that a location named Gunsite which was under the direct supervision of the Navy Headquarters existed within the Trincomalee Camp.

Also contradicting a statement provided by Karannagoda to the CID on March 11, 2019, the former Naval Provost Officer Commodore (Rtd) Senaka Hanwella had told the CID that Karannagoda did not instruct him to conduct an investigation against the initial suspect in the case Lieutenant Commander Sampath Munasinghe. “The statement provided by Karannagoda on March 11, 2009, which claimed he was directed to conduct an investigation into Sampath Munasinghe is false,” the report said.

However, Hanwella had admitted to taking part in a raid carried on Munasinghe’s quarters on May 26 on Karanangoda’s instructions.