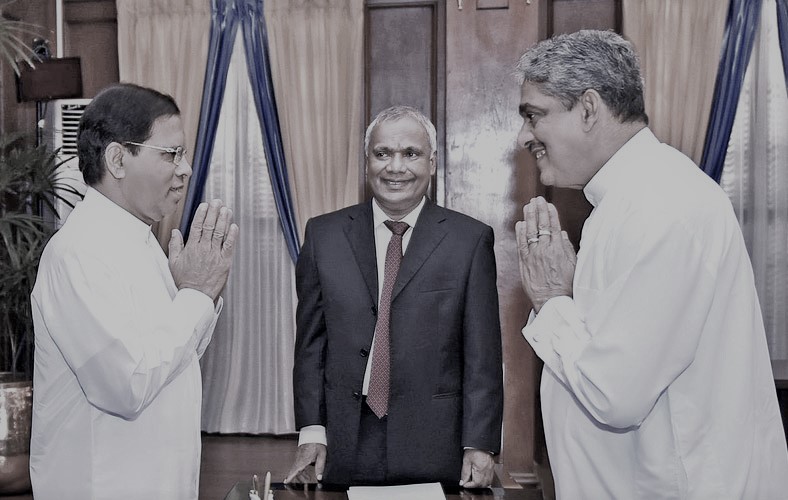 Minister and Field Marshal, former Army commander Saratha Fonseka has responded to President Sirisena’s statement that he will not allow any one to General Jagatj Jayasuriya who has been charged for war crimes by ITPJ in Brazilian courts.

Fonseka  has said that it is unjust to protect wrongdoers for the sake of being war heroes clad in military attire and that every politician and every leader of the government should understand that fact, reports Daily Mirror.

He has said this addressing a meeting at Kiribathgoda on Monday.

Addressing journalists, later he has said: “We are aware that the soldiers who committed rapes and murders were punished. Those who were accused of murder and rape of Manamperi and the murder of Embilipitiya students were hanged to death. Then the leaders of the government took decisions in favour of the people. The leaders should always be on the side of the people. Some people say that I am a traitor. Those who say so were afraid of going beyond Anuradhapura and Polonnaruwa. The people breathe in freely because I finished the war. That is why the media also write at their will. If I am a traitor who has finished the war, then are those who robbed the properties of the country and those who killed the people using white vans and their disciples who committed corruption and frauds patriots? There are such disciples in Kelaniya also. I have a problem of understanding them in the true sense of the word: patriots. I gave orders to an army of 200,000 soldiers. One person who was in that army was Jagath Jayasuriya. He was not involved in the operations. The president should be held responsible if he had involved such a cowardice which affected the people when I was giving orders to an army of 200,000.The Army commander is responsible for lawful acts only. The ministers and members of the parliament act as the representatives of the people. There is no change in the army in the past or present. The majors and captains were punished and hanged for wrongdoings,” he said.

He has also pointed out that the leaders of the government in the past took actions in the name of the people and that the expectations of the people should be fulfilled.

It is not acceptable to shatter the aspirations of the people for the sake of a person being a war hero. Every leader should understand it, he has said.