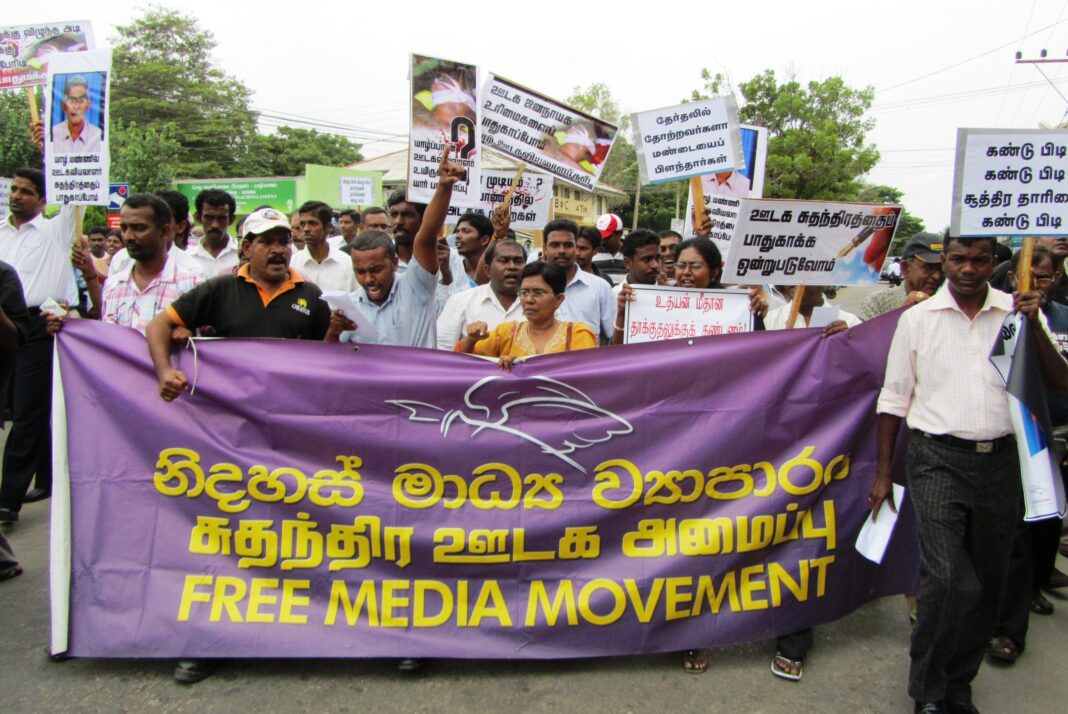 Journalist Lasantha de Silva was elected as the new Convener of the organization at the AGM.

Attorney-at-Law S.G. Punchihewa and senior journalist Lakshman Gunasekera were elected as the board of Trustees of the organization.

Lasantha de Silva, the new convener of the Free Media Movement, addressed the gathering stating the following;
“The Free Media Movement has elected the new office bearers, when the world commemorates today, 2nd of November as the “International Day to End Impunity for Crimes against Journalists around the world”, in a context where there has been no justice to journalists and media workers that have been killed, forcefully disappeared and victimised in Sri Lanka. Today, not only journalists; Civil Society activists and ordinary citizens who exercise or advocate for human rights and the right to freedom of
expression face a variety of threats and dangers due to their use of free speech and expression.

“Therefore, today we all have a tremendous responsibility to protect media freedom and to create a better society where human rights and fundamental freedoms can be enjoyed. ”

He further stated that the Free Media Movement, which did not waver in the face of challenges even in the most difficult times in the past, would not hesitate to fulfil its social responsibility in the future.