Filing B report against lawyers by Keselwatta Police: HRCSL calls for detailed report from IGP 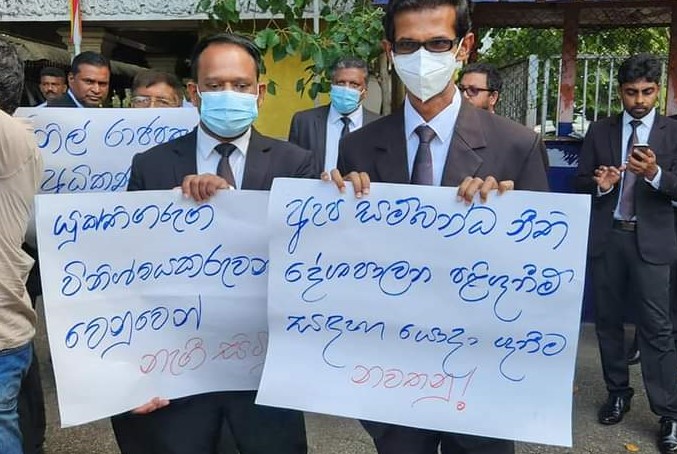 Human Rights Commission of Sri Lanka has requested the Inspector General of Police to submit a detailed report on the B report filed by  OIC of Keselwatta Police against group of lawyers.

Senior Counsel Gunaratne Wanninayake, Nuwan Bopage and Senaka Perera were mentioned as the persons who organised a protest on January 18, condemning the Attorney General’s alleged interference with the judiciary.

One of the lawyers mentioned in the B report. Attorney at Law Senaka Perera not even in Sri Lanka at the movement. 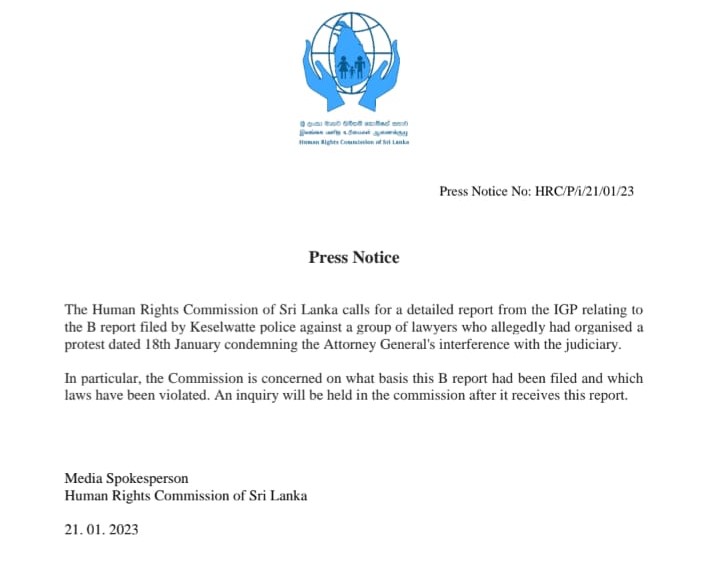 After the HRCSL letter the Inspector General of Police (IGP) has called for a report from the Senior DIG Deshabandu Tennakoon, in charge of the Western Province for filing the B report without the knowledge of the IGP C.D. Wickramaratne or the Legal Division of the Police Headquarters.

With the inputs from Daily Mirror.