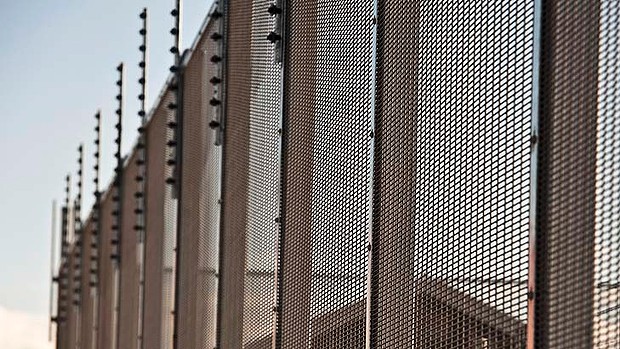 IMMIGRATION officials have forcibly deported a Tamil man suffering mental health problems to Sri Lanka, despite revelations former asylum seekers have been beaten and tortured on being sent home.
In what threatens to be the first of as many as 150 cases of Tamils being involuntarily sent back to Sri Lanka on failing to win refugee protection in Australia, a man in his early 30s was taken from a detention centre to Tullamarine airport yesterday and put on a flight to Bangkok, bound for Colombo.

He is believed to be the first Tamil asylum seeker to be forced out of Australia since the latest spate of arrivals began in 2008 during the final months of Sri Lanka’s brutal civil war.

Other Sri Lankan asylum seekers were either sent home from Indonesia after Australia asked for their boat to be intercepted or were from the Sinhalese ethnic community.

The Tamil man – who The Age has chosen not to identify – had failed in his bid for refugee status and was refused a visa by Immigration Minister Chris Bowen after appealing on the grounds of poor mental health.

He had arrived in Australia by plane in 2010 seeking asylum, having fled the northern city of Jaffna, a former stronghold of the Tamil Tiger group.

His family insist he faces grave danger at home after Sri Lankan media published a photograph of the man showing his face and what appears to be an arrest warrant in his name. ”If he goes there, they kill him,” his tearful sister said after hearing he was taken to the airport. ”What sort of country do we live [in]? Please give him to me, I will look after him.”

Returned refugees are regularly stopped and interrogated by members of Sri Lankan police’s Criminal Investigation Department upon their arrival.

The Age revealed this week some returned asylum seekers have been held for months without trial and face state-sanctioned torture.

The man is understood to be accompanied by security escorts, a medical escort, and an Immigration Department liaison officer, who will stay with him through customs checks at Colombo airport.

He had been living with his sister in Dandenong before being called into the Immigration Department in the CBD last Tuesday and given a letter that told him authorities had judged ”you are removable”.

He had failed to persuade the department or refugee review tribunal he was a refugee.

He appealed to the United Nations special rapporteur on torture to examine his case, with the Australian government responding in January this year. The Immigration Department said the UN had not sought any further details since February.

The man’s brother-in-law and sister had asked authorities to grant the family a final visit with the man before he was deported, but this was refused.

The sudden news of his departure yesterday morning set off a panicked bid by refugee advocates to get a court injunction – with emails showing the man had tried for two days to send a fax from within the Maribyrnong Detention Centre authorising lawyers to act on his behalf, only to be told the fax machine was not working.
Advocates sought to join him with about 150 others in a High Court challenge to the rules governing the use of ministerial discretion in asylum cases.

Meanwhile, customs authorities intercepted a boat carrying a suspected 80 asylum seekers at Cocos (Keeling) Islands in the Indian Ocean last night. The passengers will be taken to Christmas Island.