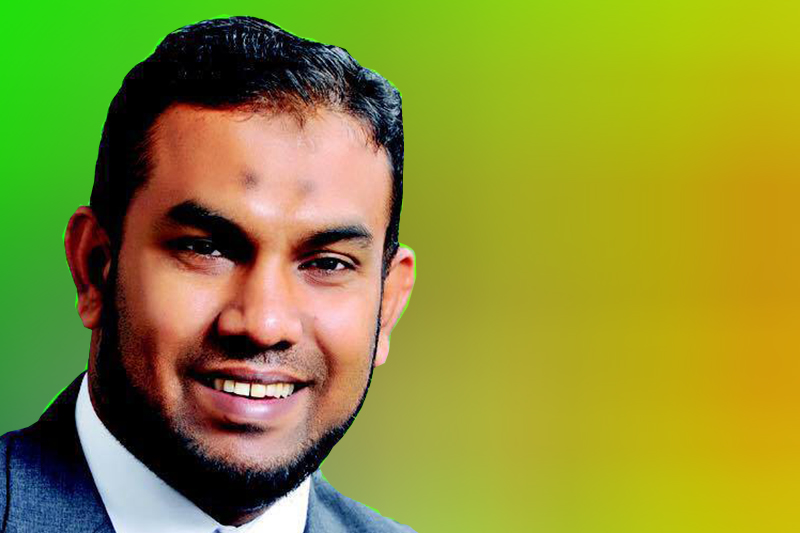 By The Sunday Morning News Desk.

Severe shortcomings and irregularities including the submission of fabricated and falsified facts by high-level Police officials in relation to the case filed against Dr. Seigu Siyabdeen Mohammed Shafi attached to the Kurunegala Teaching Hospital, have been unearthed by the Police Criminal Investigation Department (CID). The Kurunegala Magistrate’s Court was subsequently informed of the CID’s findings.

The CID had further noted that there was no substantial proof to support the charges for which Dr. Shafi was arrested.

All this was revealed when the case was taken up for hearing on Thursday (27) at the Kurunegala Magistrate’s Court.

The 42-year-old doctor, a resident of Weerasinghe Mawatha, Gettuwana, Kurunegala, was arrested by Kurunegala Police on 25 May over three charges, which included obtaining money from a terrorist organisation and purchasing property, to avert a conflict between communities due to the prevailing tense situation in the area, and to prevent the suspect fleeing the area.

However, on 27 May, upon the instructions given by the acting Inspector General of Police (IGP), the doctor was handed over to the CID by the Kurunegala Police and he was detained under the Prevention of Terrorism Act (PTA) and is currently under investigation by the Department.

On Thursday (27), producing a 210-page B report prepared by the Gang Robberies Investigation Unit Officer in Charge (OIC) IP Nishantha Silva which included the summary of all statements recorded by the Department during their investigation held so far, ASP Tissera made a three-hour long presentation to the court explaining all aspects of the investigations done by the CID.

Speaking to The Sunday Morning, Attorney-at-Law Hejaaz Hizbullah appearing on behalf of Dr. Shafi said that there was no evidence presented to the court by the CID with regard to allegations made against Dr. Shafi.

In addition to the progress of the investigation exonerating the beleaguered medical professional, Hizbullah claimed that ASP Tissera pointed out several severe lapses, shortcomings, and irregularities on the part of Kurunegala Police in relation to the arrest of Dr. Shafi and the probes on him.

It is now learnt that the very statement recorded from a doctor at the Naula Hospital, which led to the arrest, had been subject to irregularities. Although in the report sent to the CID Director, the Superintendent of Police (SP) Kurunegala had claimed that the initial statement (i.e. first information) from the Doctor was recorded on 24 May 2019 at 1600h at the Naula Hospital, the said doctor had revealed that at the behest of SP Mahinda Dissanayake of the Kurunegala Police, the statement had been recorded on 25 May, 2019 at the Naula Police Station.

It was also revealed that SP Dissanayake had inserted false information into statements after Dr. Shafi had been arrested and documents had been backdated in order to give legality to the arrest. Therefore, there was absolutely no proper information leading the arrest while the report that had been forwarded to the Director CID was a fabricated document. Furthermore, the said doctor made a statement with regard to an incident that allegedly occurred in Dambulla Hospital and therefore, the jurisdiction and scope were outside that of Kurunegala.

“As an example, ASP Tissera highlighted that the Police had just said that there was a ‘suspicion of terrorism’ but they have not bothered to check with the Terrorism Investigations Department (TID) and other security arms whether there was any evidence against this person or whether they have had any material against him,” Hizbullah said.

“As explained by ASP Tissera, there were lots of discrepancies and severe irregularities with regard to the report submitted by the Kurunegala Police to the CID especially regarding the recorded statements. For example, they said the statement was recorded before the arrest but actually it was recorded after the arrest,” Hizbullah noted.

The CID informed the Court on how the arrest of Dr. Shafi had been made by Inspector of Police (IP) Nishantha Pushpalal of the Kurunegala Police to investigate him over three charges including whether he had received funds from a terrorist organisation and whether he used those funds to buy assets. According to the CID the arrest was also made to avoid any conflict between the said doctor and the other party concerned as well as to preserve the peace in the area and to prevent the suspect from absconding as some information had suggested.

he CID also stated in its B Report that the details with regard to the first charge had not been revealed to the Police prior to the arrest and if there was a possibility of unrest erupting in the said area (second charge) the Police could have ensured the peace of the area, and with regard to the third charge, that the suspect still could be arrested if there was a reasonable suspicion that he had committed a cognisable offence, under Section 32 of the Criminal Procedure Code (CPC).

It was noted that to obtain the Detention Order (DO) and to arrest the suspect, the statements made by Dr. Deepani Nandasena had also been used. The CID informed court through the B Report that they had requested two hospitals – Dambulla and Galewela – to submit comprehensive reports regarding the caesarean and LRT surgeries performed by the suspect while he was working in these two hospitals.

In addition, the complaints received by the Dambulla Hospital were currently being investigated and since the said hospital did not come under the jurisdiction of the Kurunegala Magistrate Court, the CID stated that the necessary action would be taken to submit a separate report to Dambulla Magistrate Court.

It is further observed that although Kurunegala DIG Kithsiri Jayalath had alleged that he had received intelligence reports that inter alia Dr. Shafi was siphoning money from National Thowheed Jamath (NTJ) and was said to have provided false information to a national newspaper, around 10 security and intelligence arms had no recording of the suspect being linked to any terrorist activity whatsoever and that surveillance by the CID Technical Assistance Unit had not yielded that Dr. Shafi had any connection via telephone with anyone already arrested in suspicion of being NTJ members.

Attorney-at-Law Hizbullah said that there was no evidence whatsoever presented to the court by the CID with regard to allegations of non-consensual sterilisation made against Dr. Shafi.

“The Police had questioned all the VOGs who supervised Dr. Shafi, all the doctors and nurses who assisted him, and also technicians, minor employees who worked with Dr. Shafi in the hospital in caesarean operations and nobody has ever seen him doing anything mentioned in the allegations,” Hizbullah noted.

“The CID itself had monitored a caesarean proceeding and seen how it happened. A photograph was presented to the magistrate and they show three people in surgical attire looking over a patient in a strong flash light and all are focused on what is happening there. Nobody is looking at any other angle and practically everyone sees what happened there,” he stressed.

However, according to the report submitted by the CID to court, Dr. Shafi had performed 4,300 caesarean surgeries and out of which 838 patients complained of complications as per a report prepared by the Director of the Kurunegala Teaching Hospital, following an order issued by the court.

According to the defence attorney, the aggrieved party was harping on about a report submitted by the Kurunegala Hospital Director in which he claimed that even without damaging the fallopian tube, one was still capable of causing sterilisation.

“The CID apparently submitted a report which it had received but ‘didn’t have time to peruse’. But for some inexplicable reason, it was with the hands of the victims. And still the ‘victims’ didn’t want to be subjected to the fallopian tube test or HSG,” he explained.

“But patients said that they don’t want to do the HSG and they had reservations not clearly articulated, but Court then suspended the test,” Hizbullah explained.
According to him, there was also a move to appoint the Director as the head of the medical panel that was conducting the medical aspect of the test to which the defence objected quite vehemently. Thereafter, the court instructed the Police to go back to the medical body and come up with a solution within two weeks.

Alleged links to a terrorist organisation

The alleged links between Dr. Shafi and a terrorist organisation had also been investigated by the CID and so far, the CID had not found any evidence to prove this allegation as well, the CID informed the court.

Accordingly, the defence attorney told The Sunday Morning that the CID stated that there was no evidence to suggest that he was a member of the NTJ that carried out the 21 April Bloody Easter bombings.

“There is no evidence that he even spoke to anybody who was suspected of terrorism. His telephone number has not appeared in any surveillance system; there is no statement or suspect to talk about it. None of the investigative or intelligence arms of the Government has found any basis or evidence to say that he is anyway connected to terrorism,” he said.

ASP Tissera informed court that there appeared to be no basis to keep him in detention and therefore, he would be making a suitable representation to the Defence Secretary with regard to revoking the detention order against Dr. Shafi obtained under the PTA.

In its report, the CID stated that it conducted thorough investigations to see whether there was any connection between Dr. Shafi and the Easter Sunday suicide bombers, but none of the connections had so far been revealed.

According to the CID, it had also been reported that Dr. Shafi maintained connections with an NGO called Al Thawul Associated (Guarantee) Ltd. and it was revealed that he helped the Muslim community through that NGO. The bank details of the transactions from the NGO to Dr. Shafi had also been revealed during the investigation and the CID sought an order from the Magistrate to get the detailed bank reports from two banks.

Explaining the progress of the investigation into the alleged misappropriated assets, the CID informed courts that it had not found evidence to prove the allegation but further investigations were being conducted.

According to the defence attorney, the CID informed courts that Dr. Shafi’s monthly income was around Rs. 1.9 million and he had invested close to Rs 37.7 million to purchase properties and vehicles, but it had found no evidence to prove that he had earned those assets in an unlawful manner.

“He had several businesses and he secured an income of Rs. 1.9 million a month and he and his wife have sold car permits, earning quite a bit of money out of that as well,” Hizbullah noted, as revealed by the CID to court.

“They have looked at all his assets and there does not seem to be anything abnormal about it,” Hizbullah said.

In addition, a comprehensive investigation is currently being conducted on the assets of the suspect and following the statements recorded from the previous owners of the properties bought by him and the witnesses who signed when transferring the ownership of those properties, no suspicious or irregular activity had been reported.

When contacted, the Kurunegala Police OIC stated that he had submitted the initial report to the Kurunegala Magistrate Court and that it was the CID that was currently investigating the matter.

The case was postponed until 11 July.