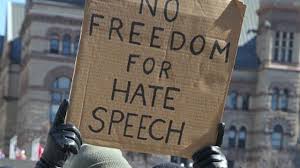 “As it violated our Community Standards, we’ve removed it. Thank you for your report. We’ve let Chapa Chapabandara know that their share has been removed.”

Several other Facebook users said they too received similar message from the social media platform informing them that several comments siding with Chapabandara were also removed as they were deemed offensive and violating community standards.

There was no comment from Chapabandara’s Derana network about his controversial comments.

However, a senior colleague of his, Dilka Samanmali moved to indirectly support him while trying to distance the network from him. Chapabandara was not a full time employee, but a freelance anchor for the TV station, Samanmali said in a Facebook post on her page.

However, she repeated Chapabandara’s argument equating the New Zealand mosque massacre to what he believes to be New Zealand’s action of exporting “poisoned” milk powder to Sri Lanka.

“New Zealand sending us poisoned milk, either knowingly or unknowingly, and the mass murder are both wrong,” Samanmali wrote on her Facebook page.

In Sri Lanka, conspiracy theories are floated against imported products by vested interests. The latest is that milk powder from New Zealand has diary fat replaced by pork fat.

On her Facebook page, Samanmali said she regretted Chapabandara’s post which suggested New Zealand “deserved the mass massacre” , but did not condemn it.

Samanmali’s followers on Facebook too cheered the mass massacre of Muslims.

Many social media users on other platforms castigated Derana and demanded that Chapabandara be taken off the air, but there was no response from owners of the station although they had been tagged in social media posts.

“Dangerous shooting in New Zealand! They must be thinking they can feed us poison and live in fun! Huh… CHAPA, March 15, 2019” Chapabandara said on Facebook and Twitter. After an avalanche of protests, he issued a lengthy, rambling video defending his comments. He described his detractors as “uneducated people”.

An Australian white extremist has been arrested for the gunning down of 50 people at two mosques in Christchurch and wounding over 30 others in the worst gun violence in the country on Friday. (COLOMBO, March 18, 2019)
ENS