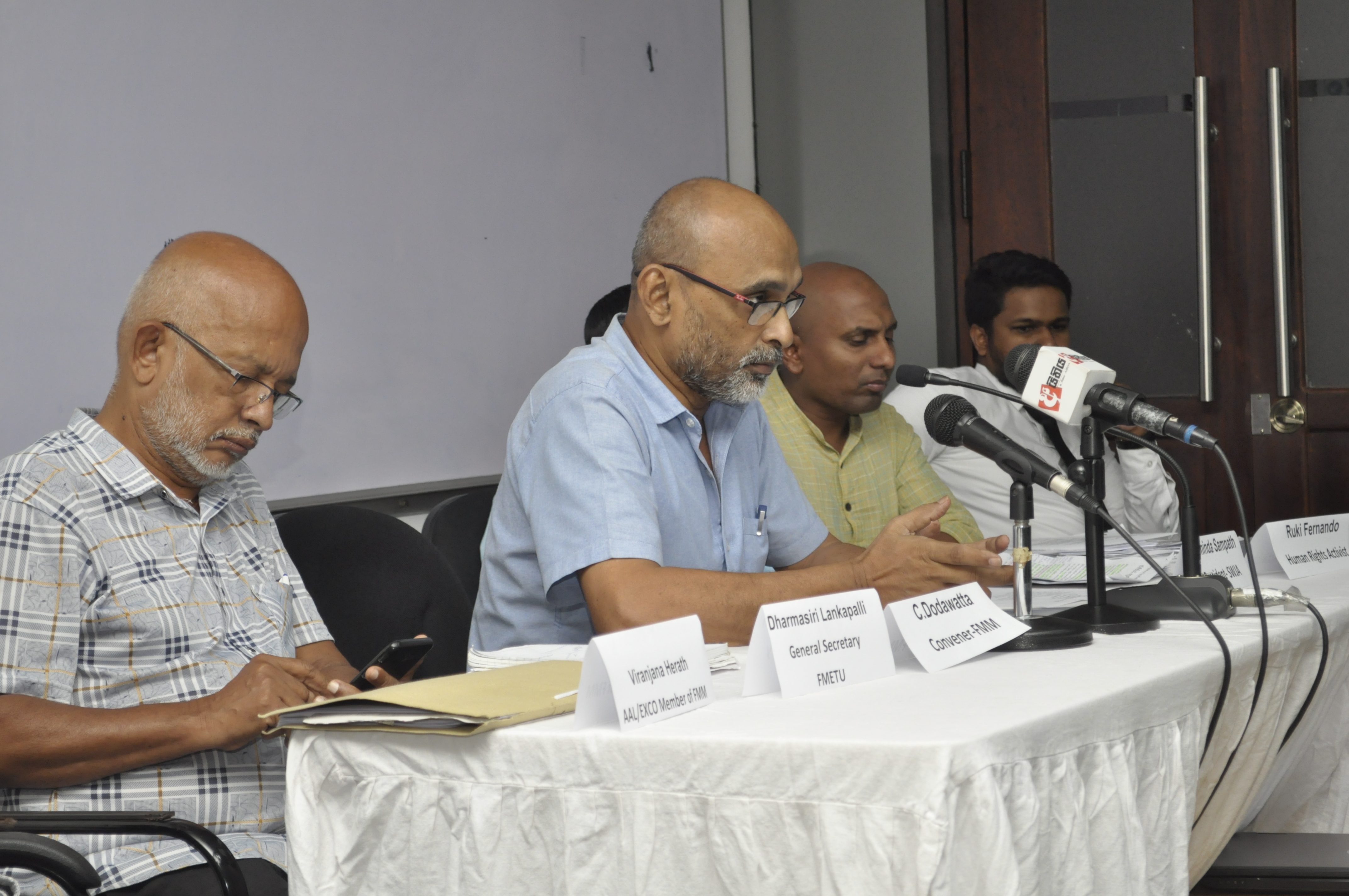 Image: FMM convener C.Dodawatta at the press conference on 18 March 2019.

Media rights activists on Monday urged the Sri Lankan government to withdraw proposed anti-terror legislation, calling it is a set of draconian laws aimed at suppressing the media freedom and democratic rights.

The new Counter-Terrorism bill approved by the cabinet of ministers is now before the Parliament. A date has yet to be announced for a debate and a vote on the bill, which the government says would repeal the existing tough anti-terror law.

C. Dodawatta, convener of the Free Media Movement, a local media rights group, said the proposed act could be used to arrest and detain journalist for “distributing or making available any information to the public.”

He said the new government came into power in 2015 promising to repeal the existing anti-terror law — the Prevention of Terrorism Act — that has been criticized by rights groups who say the successive governments have used it for arresting and detaining the journalists, media workers, artists, rights activists, ethnic minority Tamils and opposition politicians.