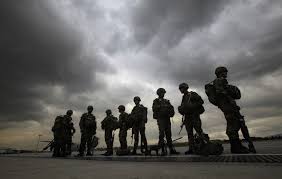 Amidst the political turmoil that took place in late October 2018, it was wholly predictable that Sri Lanka’s Counter-Terrorism Bill approved by the Cabinet just the month before, quietly slipped past public scrutiny. At a time when the country’s constitutional order itself had been shaken to its (albeit not entirely steady) foundations, the Bill was the least of anyone’s concerns. However now that we are back at the mundane business of every-day life with its quota of typical government dysfunction, this Bill deserves to be focused on given some of its problematic contents.

A bill having a colourful past

It may be recalled that the Bill has had a colourful past. Promised  as an option to replace the oft critiqued Prevention of Terrorism Act (PTA), its initial formulations led to fears that the proposed cure would be worse than the disease. Disguised as a policy framework on counter-terror, it emerged from time to time in leaked versions to the media in many shapes and sizes, somewhat like the deceptive chameleon, masking the same worrying clauses in different language, bringing in espionage and vaguely defined offences under the broad cover of terrorism offences.

At a point, it became a test to see as to what deceptive tactics would be indulged in at each and every time that the draft was amended. Writing in these column spaces in late 2016, I ruminated that reading through these drafts risked exposing oneself to cruel, inhumane and degrading treatment within the meaning of Article 11 of the Constitution (see More (Legal) Horrors of Sri Lanka’s Counter-Terror Draft’, Focus on Rights, November 6th 2016) given the draft’s atrociously wide reach of acts classified as offences. If taken on board at that time, virtually the entire range of democratic activity in Sri Lanka would have been within the scope of being classified as a ‘terrorist activity.’

Cut and pasted from uninspiring foreign models that do not serve as guidance in Sri Lanka’s country context, those drafts were truly an abomination to behold. Public uproar resulted with its contents being progressively amended until the Cabinet approved Bill in 2018 was arrived at. However, while many of the totally obnoxious provisions have been taken out, remaining clauses in the Bill continue to cause worry.

The Determination of the Supreme Court in response to a challenge filed to the Bill (SC/SD 41-47/2018) escaped public notice due to the fact that it was handed down during the October tumult. The reasoning of the Court was in the main (if one is to be kind), somewhat pedestrian. The unconstitutionality of some clauses that could be remedied by amendments once the Bill is returned to Parliament was indicated. Interestingly and unsurprisingly, clause 93 (3) of the Bill which stated that the expression ‘law’ included international instruments which recognise human rights and to which Sri Lanka is a signatory’ was struck down by the Court as being unconstitutional and violative of the legislative power of the people.

Further, in the instance of the exercise of magisterial discretion in deciding to release a suspect from detention following completion of detention served under a detention order, an assurance was given to Court that this discretion would be strengthened through an amendment brought to the Bil in the House. Even so, stronger pronouncements may have been made on the importance of life and liberty rights considering the categorically definitive cursus curiae of the Court in safeguarding these very rights in the mid nineteen nineties.

Notably the Court declined to hold that the increased detention period of 48 hours in police custody violated the constitutional guarantee to be speedily brought before a judge of the nearest competent court on arrest, as detailed in Article 13 (2). This was on the basis that the PTA already contained such a provision of extended detention (78 hours, Section 7) and that a holding that the Counter-Terrorism Bill infringed that constitutional guarantee would be tantamount to declaring that the PTA infringed the Constitution which, as the Court declared, it could not do as it had no jurisdiction to inquire into or pronounce upon the validity of an existing law.

It is difficult to see however as to why the Court could not have limited itself to the Bill before it for scrutiny as opposed to drawing inferences as to what its holding on the clauses of that Bill may mean to enacted legislation which had been impugned time and time again as violating constitutional rights. Similarly the Court declined to superimpose the constitutional safeguard of production before the ‘nearest competent court’ on that clause of the Bill (clause 27 (1)) which only stipulated that the suspect must be brought within 48 hours before any magistrate.

It is clear that the constitutional framers used unambiguous language in inserting the safeguard that production of a suspect should be before the nearest competent court as these are rights that must be jealously safeguarded. In that context, the fact that the Court uncritically accepted the contention of the Attorney General that this was not a practical measure as a police officer may not be able to reach the ‘nearest’ magistrate due to ‘terrorist activities’ is unfortunate, to say the least.

In other respects as in the case of considering the broad ambit of proscription orders that can be issued by the Minister on organisations purporting to be engaging in an act that is an offence under the Bill or in any activity that infringes national security, it is clearly evidenced that elements of proportionality and necessity stressed in judgments of the Supreme Court itself in similar matters in the past, were not given the emphasis that they deserved. Instead, the judicial thinking inclined towards reminders that fundamental rights may be restricted by law in the interests of national security. While this is, of course, self evident, the privileging of national security over constitutional rights is an archaic concept that has long since been discarded in judicial thinking within this country. In that regard, this decision of the Court makes for disappointing reading.

In sum, existing provisions of the Bill which indeed should have challenged include clauses that attempt to criminalise freedom of expression and the distribution of information to the public even when the same comes within the ambit of allowable speech and does not incite or advocate the causing of an offence but merely causes such a ‘fear.’ These are vague provisions that need to be defined more specifically if police officers are not to intimidate and penalise citizens at their whim and fancy.

The dangers of these laws in a country like Sri :Lanka where the Rule of Law is on unsteady grounds and where key prosecutorial and policing functions are highly politicised is very clear. This Bill, in all its new and expansive aspects in dealing with counter-terror, needs to be rigorously examined before it is passed by our legislators.

In the alternative, the consequential impact could still, be far worse than the horrific but familiar PTA.