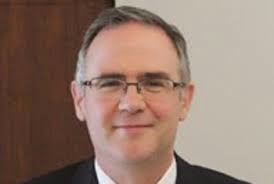 Economic sanctions on Sri Lanka are not in the interests of his country, and movers of a UN resolution are expecting progress which would make such questions redundant, UK’s envoy to Colombo said.
“Sanctions are not currently an issue,” High Commissioner (ambassador) John Rankin told an LBR-LBO CEO forum on meeting the challenges of a resolution on Sri Lanka by UN’s Human Rights Council.
“First, because the Human Rights Council does not have the power or mandate to impose sanctions. And to the best of my knowledge no government to date has proposed economic sanctions on Sri Lanka.
UK is one of the key sponsors of the resolution, which calls for improvements in human rights, as well as an external probe into alleged war crimes.
“Nor would sanctions necessarily be in the interests of a country like the UK. Policy is not uni-dimensional towards Sri Lanka. UN rights issues and Human Rights Resolutions are not the sole purpose of our policy.”
High Commissioner John Rankin said Sri Lanka and Britain had a strong and investments relationship with the island.
“We are one of your top five investors,” he said. “We are your second largest trading partner in the world after India.
“We have over 100 UK companies successfully operating here employing people locally
generating profits, which in turn help employ people in the UK.”
“A major part of my job is to promote that trade and investment relationship. So economic sanctions which could affect that economic relationship are not in the interests of the United Kingdom. Or indeed the other major trading partners.”
Economic Impact
But he said there had been economic consequences in the past such as the loss of GSP plus concessions when Sri Lanka chose not to comply with conditions that would have improved human rights of citizens.
“That was a matter of choice of Sri Lanka. But it demonstrates that those choices human rights issues can have an impact on economic relationships.
Next March a report from the UN’s Human Rights Commissioner was due with an oral report in September.
“We are not planning for failure. The plan is for success not for things to get worse,” he said.
“I think the key question that has to be identified in this discussion is whether the effect of the resolution is to harden positions or whether the resolution would be to create the space to allow some positive progress in the areas of concern.”
He said recent elections in the North and the East was a positive development.
“If the resolution does encourage that constructive action in the future, then (a) it will hopefully make questions of economic sanctions redundant. And (b) hopefully help further improve inward investment,” he said.