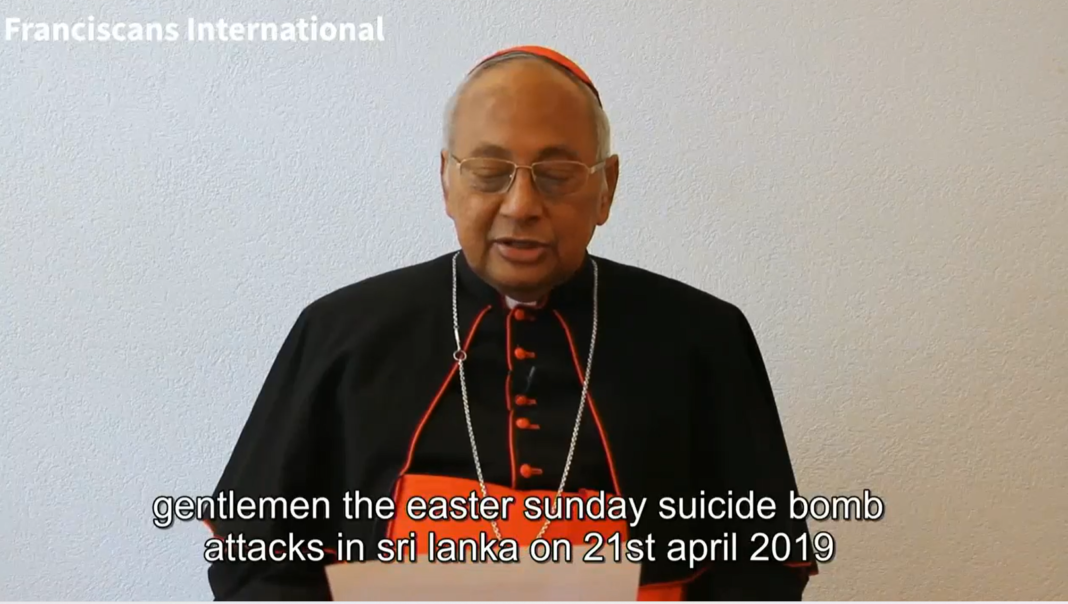 Making a pre-recorded speech  during the interactive dialogue on  Rights Commissioner’s report on Sri Lanka  Archbishop of Colombo Cardinal Malcolm Ranjith  requested the UNHRC to support in ensuring an impartial investigation into the Easter Sunday attacks.
He also urged the UNHRC to support Sri Lanka in gathering vital information on the Easter Sunday attacks.
“Three years have passed since the dreaded attack and we are still in the dark, not having any knowledge as to what really happened that day. We call upon the UNHRC members to   support  evidence gathering more initiated last year by the council” .
“The rights of those who were affected by the attacks have been violated as the government has failed to mete out justice to them.
“We initially thought the mayhem was the work of a few Islamic youth but we suspect now that it is a part of a grand political plot,”  Cardinal told the UNHRC.
The statement: 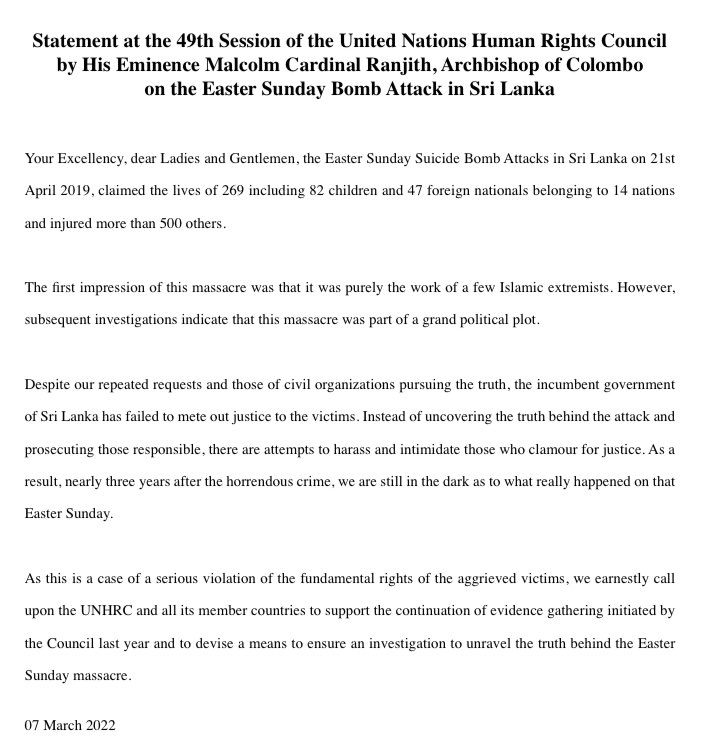