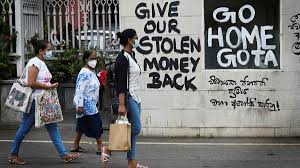 The nine-member Expert Committee that was appointed to draft the new constitution had failed to compile the report within the specific deadline, while millions of taxpayers’ funds were spent for the proceedings and as allowances for the committee without securing proper approvals, an audit report has found.

The report noted that drafting and submitting the constitution was not completed even by December 2021, though the initial meeting of the committee was held in October 2020.  The report was initially to be completed within six months from the date of the appointment of the committee and more time could be obtained by extension.

“The activities should be done and completed within a specific timeframe in carrying out discussions with the relevant parties,” the report said.

On September 10, 2020, the Cabinet of Ministers granted approval to allocate Rs 100 million to cover the expenses for drafting  a new constitution.

Preparation of a timeframe or an estimate for costs had not been made even by the date of the audit on December 27 last year and a provision totalled to Rs. 158 million had been made available, the report found.

The audit report noted several lapses such as a rent payment of Rs. 816,480 for three unused office rooms and unused office equipment valued at Rs. 435,348 which had become idle expenses. As the committee meetings were held through online technology due to the spread of the Covid-19 pandemic in the country and travel restrictions, reserved room numbers were handed over and the office equipment purchased had been used for the new staff and to fulfil the shortcomings in some sectors of the Ministry.

The formulation of recommendations related to the formulation of a new constitution is a complex process and obtaining opinions and suggestions from various parties and reviewing should be carried out. The members are not the officers who serve full-time and five members have served without receiving any allowance, the report noted.

The National Audit Office which compiled the report recommended that payments that were made without obtaining the Treasury approval should be recovered from the responsible parties while stressing that “public money should be used only for economic transactions after identifying the requirements accurately.