2023 Budget: False promises at the expense of women and working people 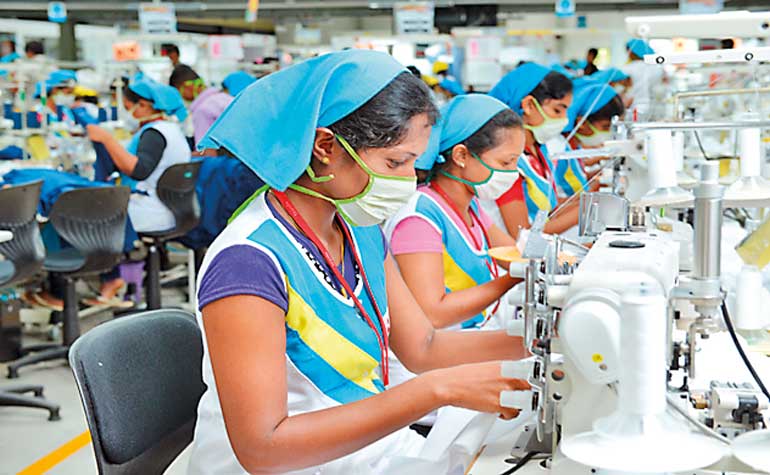 The government’s budget presented on November 14 is incredibly callous. It fails to acknowledge the suffering Sri Lankans are enduring due to the economic crisis. The budget speech refers to rapid economic growth and economic modernisation as the way forward, which are unrealistic in the current scenario. While many Sri Lankans are experiencing hunger, it received no mention in the budget speech. At a time when proposals ought to be overtly people centered to mitigate the humanitarian impact of the crisis, the budget reflects a serious disconnect from the realities of ordinary people of this country.

While admitting to the failure of economic policies since the late 1970s, there is a direct laying of blame with the people. Demonstrating a complete lack of awareness of people’s lives in the past and present, the budget speech says, “We got lazy day by day. People got used to getting everything from the government,” casting hardworking people as lazy and discrediting their contribution to the economy. The shift to the liberalisation model pushed people into employment under harrowing working conditions to be exploited as cheap labour. The economy has and continues to survive upon the shoulders of the workers, primarily women, in these sectors of unfair labour – garments, migrant labour and plantations.

It is an abject failure of the government to take responsibility for the crisis that the working poor find themselves in today. The crisis is a direct result of ill-conceived economic policies over the years by the ruling class, including by investing foreign debt into projects that did not benefit the working people.

The proposed budget fails to acknowledge the burden of the crisis on women and only refers to the elusive category of young women entrepreneurs. Thousands of women are leaving as migrant workers to send hard earned remittances to the country. Where are they in this budget?

An entrepreneurship model based on microfinance loans is already established as deeply problematic. For years, this country has failed to provide solutions to the widespread and overwhelming household debt cycles that the poor have been thrown into as a result of these loans. Those affected by microfinance loans, some of whom have taken their own lives, have made the horrors of these loans well known through long standing protests. The budget also fails to recognise the increase of violence against women this year. Women are bearing the brunt of this crisis and this budget attempts to transfer the burden of economic recovery squarely on to women as well.

Given the contraction of the economy by almost 10% of GDP is expected this year, widespread unemployment is inevitable. The solution to the looming unemployment cannot be resolved by entrepreneurship and foreign employment. Instead, in order to stimulate the local economy, the government should be committing to investing in key sectors such as agriculture, fisheries and local industries and strengthening public services. No such commitment is reflected in the budget.

Dependence on attracting foreign investments amid a rather bleak global economic scenario is risky. Plans for more economic zones signal expansion of precarious cheap labour that particularly targets women. There is a disregard for labour laws by employers in export processing zones. The budget proposes more labour reform that raises alarm bells for workers’ rights.

Food security has not been given priority in the budget although recent reports suggest one third of the population is food insecure, over 70% of households have changed food intake habits and harvests have reduced by 33.7% (a 50 year low). We are not going to emerge from the serious food crisis without a robust plan to recover the food production and distribution system.

An allocation for nutritional supplements for children in risk of malnutrition is a welcome aspect in the budget. However, the amount is inadequate to address the severe malnutrition reported among children. Given the very real danger of starvation deaths, the budget should have prioritised a food distribution system and a universal school meal programme.

The language of under utilised and unproductive land has led to displacement and eviction of the poor and workers in the past. The fertiliser ban in 2021 and increased costs have led the farmers to abandon cultivation. There is an urgent need to revitalise farming by supporting small farmers as a way to build sustainable futures for themselves, their families and for the food needs of the country. On the contrary, the budget enables formalising and justifying land acquisition by multinational corporations. This will further deteriorate rural economies by turning farmers, especially women, into daily wage earners and no progress will be made in finding sustainable solutions to fulfill food needs.

No relief has been provided to fisherfolk who are hard hit by sharp increases in kerosene prices in the budget, leaving the main source for protein Sri Lankans rely on in a precarious state. The plantation sector workers, who have been deprived by the state for decades, are yet again ignored in the budget.

The budget proposes a social security and open economy approach, which is nonsensical. Looking at the social security items of the proposed budget, it is clear that there is no expansion of social security. Analysis of the exponential increase in poverty and an acknowledgement of the impact of inflation on the cost of living is absent. Even the inadequate relief can only be viewed with skepticism, given that registered beneficiaries are yet to receive the relief promised in the interim budget of September.

The budget refers to the meagre amounts of relief provided to specific categories identified as vulnerable groups. Such an extremely limited focus on social security is illogical when even conservative predictions are that almost half of the population are in danger of falling into poverty. The failure to consider universal social protection in these dire circumstances is a stark gap.

The budget has no mention of the major disruptions to schooling due to Covid-19 and the economic crisis. It does not address learning loss or propose a plan for education to help an entire generation that has been impacted. The proposal to introduce paid wards to government hospitals is deeply concerning. Instead of addressing the frightful conditions of hospitals such as lack of essential equipment, infrastructure and trained staff in rural districts, the proposed paid wards will allocate the remaining limited resources to the people who can financially afford them, further marginalising the poorest. These are initial steps towards eventual privatisation of the health system, depriving the country of its proud accolade of being the only nation in South Asia with a functional public health system.

The government is relying heavily on indirect taxes (VAT) for revenue generation. The cost of living will continue to remain high in the coming year given no wage increases are in sight. It is the ordinary people who have to bear the burden of the proposed tax scheme and be expected to shoulder economic recovery. Demands for a wealth tax have gone unheard. The Feminist Collective For Economic Justice has called for redistributive justice via a wealth tax to increase government revenue without making the lives of ordinary citizens even harder.

The budget does not address the immediate humanitarian concerns of preventing a food crisis. Nor does it put forward an economic recovery programme that is people centred. Instead, disjointed policy prescriptions that hark back to the failed policies of an earlier era have been regurgitated. The budget will deepen the impact of the crisis for ordinary people. It is time for people to rise and demand economic justice.