Don’t expect justice from changing regimes without recognition of Tamils as Nation: Gajendrakumar 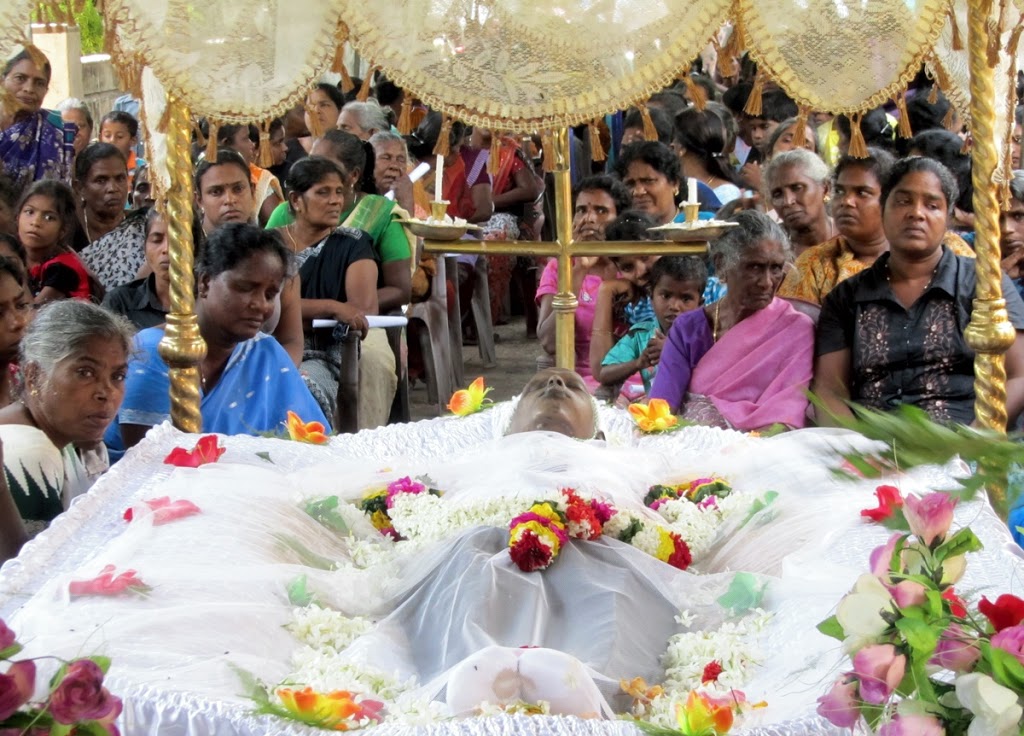 Parity of status to Tamils as a nation is the only way to restore justice in the island. It is meaningless to expect that ‘internal justice’ would come from any regime in Colombo, said Gajendrakumar Ponnambalam, a former parliamentarian and the leader of the Tamil National Peoples Front (TNPF) addressing the participants of a protest organised by the party on Wednesday to condemn the slaying of the Tamil political prisoner Delruxon Mariyathas and Nimalarooban. Wednesday’s protest gains significance as the SL military and police that attempted to curb the protest in front of Jaffna were not able to suppress it through their ‘friendly magistrate’ as they managed to do earlier in curbing a protest at the same site by the TNPF.
Tamil political prisoners were slain en masse in Welikade [in 1983] when a different party was in power in Colombo. The Bindunuwewa prison massacre took place under another regime [in 2000]. Now, the slaying of Nimalarooban and Delruxon in the prisons of the Sri Lankan State has taken place under the Rajapaksa regime. One cannot expect justice from any government in Colombo without the recognition that Tamils constitute a Nation on par with the Sinhala nation in the island, Mr. Ponnambalam said, both at his address at the funeral of Delruxon on Saturday and at the TNPF-organised protest held in front of the Jaffna bus stand on Wednesday.

Gajendrakumar Ponnambalam further urged the contemporary Tamil political leaders not to betray the Tamils as the former leaders of the political parties three decades ago had done without understanding the systemic nature of the ‘Sri Lankan State’.

He said that the Tamil political leaders should concentrate on forming a coherent strategy with a deeper understanding.

Mano Ganesan, the leader of the Democratic Peoples Front from the Western Province and progressive politicians and activists from the South attended the protest.

Delruxon’s body had been brought to his home village, Paasaiyoor, on the morning of 10th August after a long struggle with the Sri Lankan system in the South.

Even before the body reached the house of the victim, the SL Police in Jaffna had manged to secure legal instruction from the Jaffna Magistrate M. Ganesarajah that the funeral of Delruxon should take place without delay already on 09 August.

However, the body reached the house only on the following day and the SL police was forced to secure a new deadline for the funeral.

In the meantime, St. Antony’s Church, where the funeral service was to take place, only had next available time on Saturday and the lawyers representing the family of the victim argued that it was not possible to conduct the funeral on 10 August without the prayer at the family church of the victim.

Braving the threatening presence of the occupying Sri Lankan military and the SL police, around one thousand people of all walks of life had taken part in the funeral on Saturday.

“Delruxon was a freedom fighter. He was a former member of the LTTE. The occupying SL military arrested him several days after May 2009. He ended up in Vavuniyaa prison without any legal charges against him. At Vavuniyaa, he fought for the dignity of one of his fellow prisoner with courage,” said an ex-LTTE member who attended the funeral on Saturday.

Delruxon and Nimalrooban were among 122 Tamil prisoners who were brutally attacked and transferred away from Vavuniyaa prison on 29 June, after they had protested for days demanding proof of existence of one of their fellow prisoners who had been subjected to severe torture by the Sri Lankan forces.

The raid by the SL commandos on 29 June came after the Tamil prisoners had held three Sinhala prison officials in their custody.

Following the raid, the prisoners were transferred to Anuradhapura and Mahara prisons and were allegedly subjected to further torture.

Delruxon had fallen into coma after he was brutally attacked and was admitted at Mahara government hospital, where he was allegedly kept in chains and not treated properly by the hospital. As the condition of the slain Delruxon had deteriorated, a mother of another Tamil boy who had been reported missing following abduction also claimed he was her son and confusion prevailed for a while. Later, he was identified as Delruxon from Paasaiyoor.