Does Sri Lanka’s Enforced Disappearance Act apply to the Past? – BY Gehan Gunatilleka 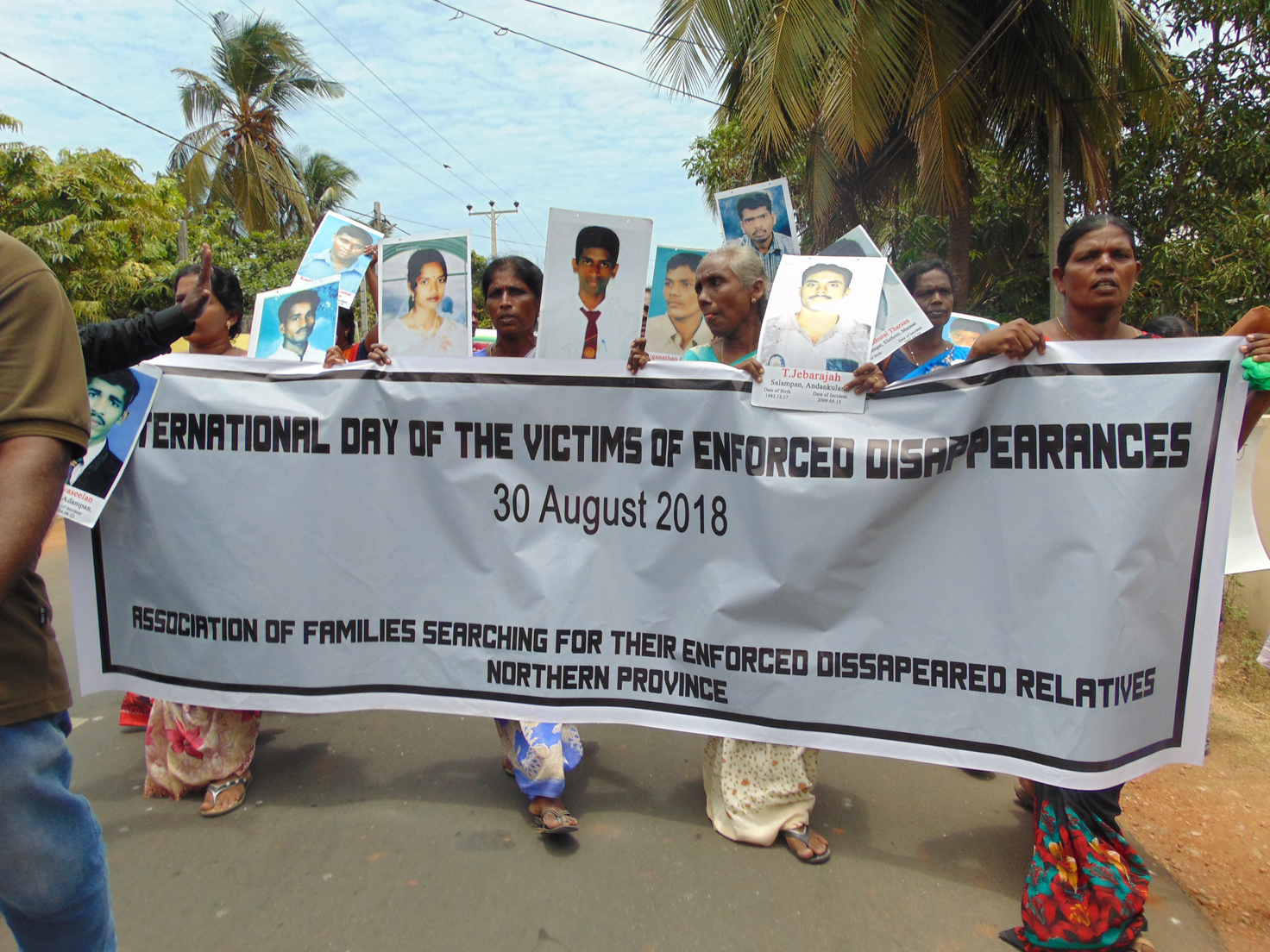 Sri Lanka enacted the International Convention for the Protection of All Persons from Enforced Disappearance Act in March 2018. The new law criminalises enforced disappearance, and grants the High Court in Colombo exclusive jurisdiction to try offences under the law. A question that vexes families of the disappeared is whether the new law applies to persons who disappeared prior to its enactment. This article argues that it most certainly does.

The third element of the offence requires that the accused person (responsible for the act under the second element) additionally refuses to acknowledge the deprivation of liberty, or conceals the fate of the disappeared person, or fails or refuses to disclose, or is unable to disclose without a valid excuse, the subsequent or present whereabouts of the disappeared person.

All three elements of the offence must be satisfied for the offence of enforced disappearance to take place.

Sri Lanka’s Constitution has an explicit prohibition on the retroactive application of criminal law. Article 13(6) provides: ‘No person shall be held guilty of an offence on account of any act or omission which did not, at the time of such act or omission, constitute such an offence.’ Any prosecution of a person for an enforced disappearance that took place prior to March 2018 could arguably be challenged as violating article 13(6) of the Constitution.

For example, say an agent of the state abducted a person on February 18, 1990, and the agent refused to acknowledge the abduction. If the abducted person was subsequently found, and the perpetrator was identified, all three elements of the offence of enforced disappearance have been satisfied. Yet, the involvement of the state agent, the abduction, and the refusal to acknowledge the abduction, took place prior to the enactment of the Enforced Disappearance Act. It is possible to argue that the new law cannot apply in this particular instance without resulting in an inconsistency with article 13(6) of the Constitution. The rule on retroactive application would arguably prevail.

A proviso to this general rule is contained in article 13(6). This proviso states that a person could still be tried and punished for ‘an act or omission which, at the time when it was committed, was criminal according to the general principles of law recognised by the community of nations.’

There is some force in the argument that enforced disappearance was criminal according to the general principles of law recognised by the community of nations prior to the enactment of Sri Lanka’s Enforced Disappearance Act. However, the present article will not explore this argument.

The definition of ‘deprivation of liberty’ in the Enforced Disappearance Act provides for a broad range of situations. It does not necessarily have to relate to a single act, such as an arrest or abduction. It in fact covers situations where a person is continually confined to a place without that person’s consent. Thus, if a person is in such confinement at the time of the enactment of the Enforced Disappearance Act, the second element of the offence is most certainly satisfied.

But if the suspect is still in possession of the drug on September 10, the person is liable to be prosecuted under the new law.

Thus, if a person is in fact deprived of liberty on the date the Enforced Disappearance Act came into operation, the new law applies to such a case regardless of the fact that the confinement began on an earlier date.

Let us take an example of a person who goes missing on January 24 2010. If the person remains missing on the date on which the new law comes into operation, the new law most definitely applies to this case. The reason for such application is not due to a retroactive application of the law. It is due to the fact that, if the person is alive and in continual confinement, all elements of the offence could potentially be satisfied after the new law came into operation.

The new law applies to the past

The application of the Enforced Disappearance Act to continuing confinement compels the state to investigate each and every case of past disappearance under the new law. Such a statutory duty arises under section 14(3) of the new law, which compels the state to investigate any case where there are ‘reasonable grounds’ for believing that an enforced disappearance has taken place. This duty arises notwithstanding the fact that a person went missing prior to the enactment of the new law, as in each case, the person concerned could still be alive and in confinement.

On the one hand, if as a result of such investigation, it transpires that the person was alive and was in confinement at the time the new law came into operation, the three elements of the offence are most likely satisfied.

On the other hand, if it transpires that the person was released from custody or died in custody prior to the enactment in March 2018, the new law may not apply.

But the perpetrators may still be prosecuted for offences including murder, culpable homicide, abduction,or kidnapping – all of which were offences at the time of the incident. Either way, the Enforced Disappearance Act most certainly warrants full investigation of the incident to ascertain whether an offence has taken place.

Accordingly, it is clear that the new Enforced Disappearance Act applies to past instances of disappearance, as the persons concerned could very well be alive and in confinement today. This potential compels the state to investigate all cases of missing persons in which there are reasonable grounds for believing that an enforced disappearance has taken place.