Disappearances Commission needs to learn the essons of past commissions to produce a more credible, effective and timely result – Navi Pillay 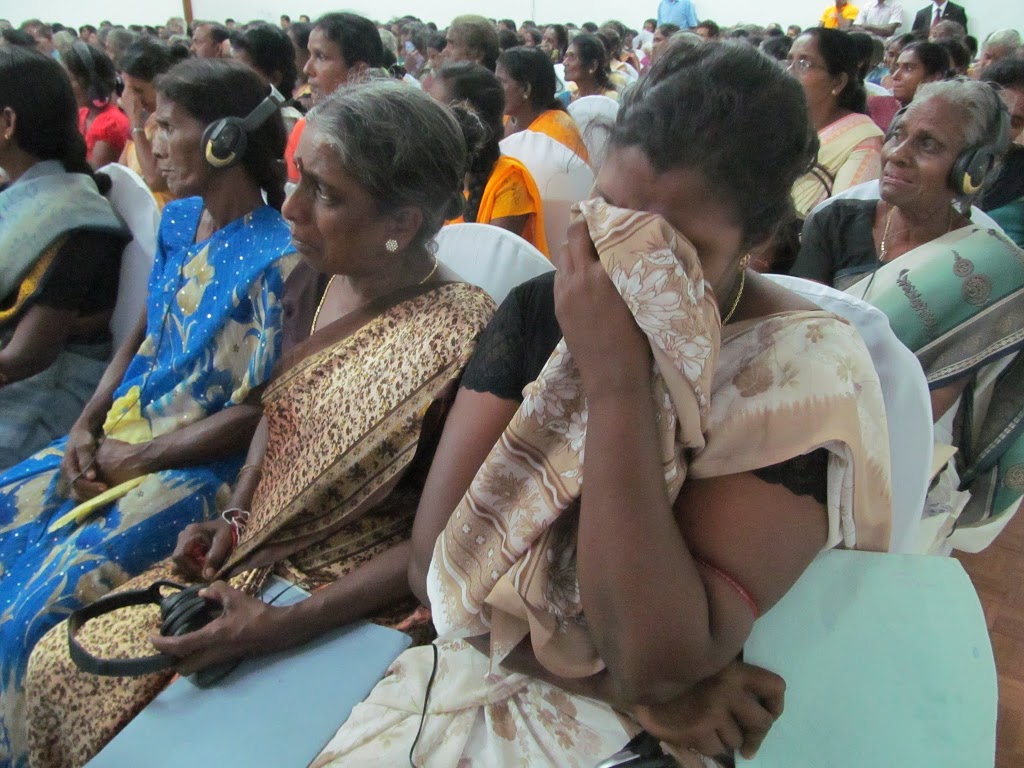 It is especially important for me to be here in Colombo to mark together with you the International Day of the Victims of Enforced Disappearances.  I would like to thank the organisers and all those who have travelled long and far to be here this evening.

Wherever I travel as High Commissioner, it is always the disappeared and the missing who are at the forefront of my mind.  Because the pain and despair experienced by their families and loved ones is like no other.  A prisoner can usually see a patch of light from his or her cell and hope one day for release.  A torture survivor can one day heal and rebuild his or her life.  The families of those killed can mourn their loved ones and put their soul to rest.  The true fate of a loved one means, the agony continues day after day after day.  There is no closure.  The mother searching for her son or daughter.  The child who grows up with a photograph and faint memory of a parent.  The loss of a breadwinner and its impact on a family.  The education opportunities a child may miss. The circle of hope and frustration as the search is met with official cover up and denial. The fear brought to communities by the spectra of the white van.

For this reason, we think of enforced disappearances as a “continuous crime”, for which there is no “statute of limitations”, and for which our search for truth and justice does not end.  Enforced disappearance is one of the gravest international crimes, which the State is under an obligation to investigate and bring to justice, and for which no amnesty can be applied.  It is vital to ensure the right to the truth, the right to justice and the right to reparations for the disappeared and their families.  Conflict that spans more than 30 years.  You literally represent “generations of the disappeared”:  the thousands of cases reported during the JVP insurgency and early years of the ethnic conflict; the wave of disappearances that engulfed the north in the mid-1990s after the army regained control of the Jaffna peninsula;  the disappearances that continued during the ceasefire period;  and those who have disappeared since the last days and months of the fighting.
We must also remember those who were abducted at the hands of the LTTE and other armed groups, and the soldiers and police who remain missing in action.  Many others may have been abducted by criminal groups, who have exploited the situation to their own ends. 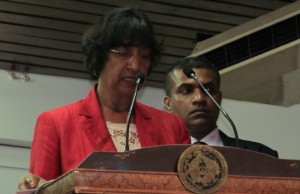 For people who have lost loved ones, there is perhaps no remedy for this pain.  But in international law, at a minimum, families can expect to know the truth, through proper investigation; to see justice, by perpetrators being brought to account;  to receive reparations, including compensation and rehabilitation ; and to be guaranteed this will never happen again, by changing laws and practices that have allowed this to occur.
Over the years, Sri Lanka has had five different Presidential Commissions of Inquiry, tasked with looking into cases of disappearances. Those in the mid-1990s in fact did important work, which should have brought redress for victims.  But not all of their reports were made public, and many of their recommendations were never implemented.  The Lessons Learnt and Reconciliation Commission rightly observed that the failure to follow-up on previous commissions had further undermined public confidence in the rule of law.
At the international level, the United Nations Working Group on Enforced or Involuntary Disappearances, and a number of other human rights mandate holders and treaty bodies, have engaged intensively with the Government over many years on the many thousands of cases.

Today, I had the chance to discuss with His Excellency the President regarding the new Commission of Inquiry he has appointed to examine cases of disappearances from the Northern and Eastern Provinces during the war.   I welcome this new investigation, but I hope it will build on the lessons of past commissions to produce a more credible, effective and timely result.  I urged the President to seek the assistance of the UN Working Group on Enforced or Involuntary Disappearances by inviting it to visit the country in the coming months.  I also encouraged him, as a signal of the Government’s commitment to end the scourge of disappearances once and for all, to ratify the International Convention for the Protection of all Persons from Enforced Disappearance.

Thank you again for attending this commemoration and sharing your personal stories and views with me.  I stand here with you in your search for justice – and through that reconciliation and peace.