Destiny of a Weerawansa referendum (Abolishing the 13 A) 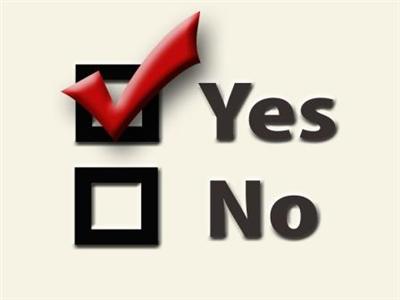 Sunanda Deshapriya
Minister Wimal Weerawansa, nicknamed as the ‘eldest son of the President’, during the 2010 presidential election campaign, came up with a rather serious proposal some two months back: To have a referendum to abolish the 13th Amendment to the Constitution, the constitutional chapter that deals with devolution of power. Sinhala extremist parties and groups immediately expressed their support to the proposition, and some Colombo-based media still write editorials emphasizing the need for the abolition of 13 A. The suggestion does not merely convey the removal of 13th Amendment; but also means the elimination of devolution of powers, as a concept, from Sri Lankan politics.

It is difficult to think that a politician like Weerawansa, who actually has little power base of his own, will come up with such a political campaign without a strong approval from the Government higher ups. Defense Secretary, Gotabhaya Rajapaksa, who initiated the current campaign to abolish 13th Amendment, making a public statement for the third time, said that not only he, but many, have agreed that the Amendment should be done away with.
Weerawansa, who soon after, took his protest even to the Chief Prelates of Malwatta and Asgiriya, obtained their approval to withdraw the 13th Amendment. The statement made by the Prelates was published as a lead story in the state controlled Daily News. The same paper later gave full publicity to a statement made by Deputy Minister, Faizar Mustafa, saying that 13th Amendment should be repealed.

None of the newspapers controlled by Rajapaksa regime published a single editorial saying that the Amendment will or should be in force. That’s not all. Minister Samarasinghe who made a lengthy statement on behalf of the Government at the United Nation’s UPR session on 1st November, mentioned nothing at all about the 13 A or devolution of power.

All these factors illustrate that Rajapakse Government does not really oppose the campaign to remove the 13th A to the Constitution. At least it has given up defending the 13 A.  For now the abolishing campaign has receded mainly because of the political upheaval created by the impeachment against the chief justice.  After the removal of CJ using the parliamentary majority anti 13 A alliances will get back on the streets with force.

The mobilization of the campaign challenging the legitimacy of the 13 A will, later, becomes a part of the political ideological base of Rajapaksa regime.

Therefore we should expect that the anti devolution alliance will take up the proposed referendum as a challenge, if they insist on abolishing the 13th A. That will legitimise their demand. We should salute minister Weerawansa for proposing a democratic process of referendum to abolish the 13 A.

There is no doubt that such a referendum, if held, will make the political intentions of Tamil and Muslim people unmistakably clear to the entire world. It will also make clear the disparity between views of Tamil people on devolution of power and those of Sinhala people.

Moreover, it is already seen that a referendum to abolish the Amendment will shatter irreparably the political coalition on which the Rajapaksa Government stands.

Sri Lanka Muslim Congress, a party to Government’s alliance, has publicly expressed that it will stand firm against Weerawansa’s suggestion of referendum. And Minister Douglas Devananda, a long standing ally of the Rajapaksa regime, will have his reputation seriously injured, if he does not vote against the referendum, since he continuously speaks to media, saying that he is strongly for the 13th A.  Most probably the parties representing the Up-country Tamil people will also have to campaign against such a referendum.

By addressing the primary feelings of Singhalese, a referendum could possibly score a majority among them. Humans, like all other beings, fear that what’s his/her will be taken by another. This is the basic instinct that incites majority against minorities. Already, there are groups supporting and promoting Wimal Weerawansa’s idea: amongst are Hela Urumaya, Mahajana Eksath Peramuna, several high level Sinhalese Government Officials, and Sinhala nationalist opinion leaders  like Gunadasa Amarasekara, Nalinda Silva and Elle Gunawansa Thero. They are openly backed by two Rajapaksa brothers. The JVP also will have to join the band wagon, as they are dead against the 13A as well as the concept of power sharing. If a strong Sinhala- Buddhist nationalist campaign supporting a referendum will become a reality UNP will, at least, be pushed in to a silent stand. and its Sajith Premadasa  faction may even support the abolishing campaign.

The other camp consists of political parties which are united with Tamil National Alliance, Upcountry Tamil political parties and groups and progressive parties, organizations and individuals in the South. Countries like India, United States, Canada, European Union, United Kingdom and some other countries will also take a concrete standpoint against the repeal of 13th A and power sharing as a concept.
In such a referendum, the vast majority of Tamils and Muslims will cast their vote in fovour of the 13 A, as a protest against majoritarian rule, among other reasons. That will be a Tamil vote for power sharing/self rule by Tamils in Sri Lanka.

Political implication of such a process will be that ethnic divisions of Sri Lanka is clearly established; the views of Sinhalese and those of Tamils are poles apart; and that Tamils demand political autonomy and Sinhalese majority oppose it. The numerical result of ‘Weerawansa referendum’ will pronounce that the 13 A should be abolished; and there’s only one reason why: Sinhalese compose the majority. Removal of 13th A, which encompasses devolution of power and Provincial Council system, will indicate that the Tamil and Muslim population of the country will have to comply with the wishes of Sinhala Majority. Such majoritarianism is a not accepted as a healthy political practice in today’s world.

Further, the referendum of Weerawansa and Company will be taken by the Tamil people as an opportunity to write their destiny. One of the main demands of Sri Lankan Tamil Diaspora is to have a referendum in the North and East of  Sri Lanka under the supervision  of the UN, on the question whether the people in North and East desire a separate State or not. So they will happily welcome this referendum and interpret its result as a manifestation of the need to have a separate State by the Tamil people. And clearly, ‘Weerawansa referendum’ will become an opportunity for Tamil people to say the whole world what they want.