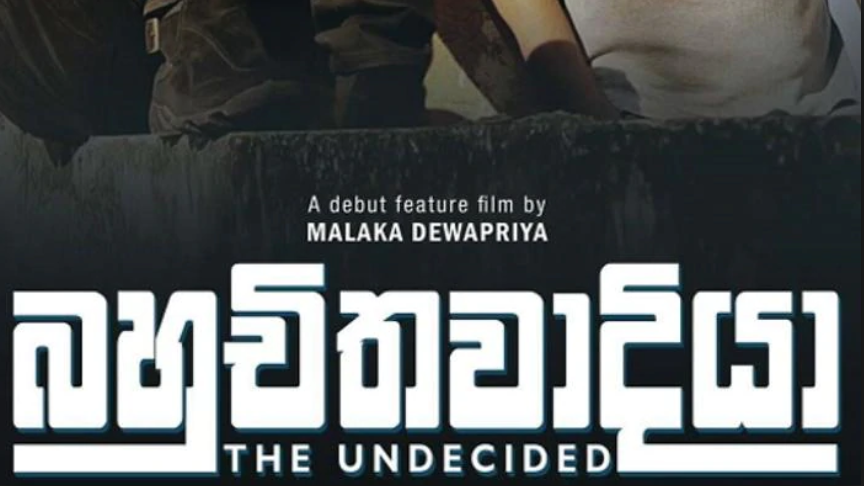 Malaka Devapriya, a young, budding film producer, has taken a decision to withdraw his film ‘Bahuchithawadiya’ from the International Cinema Festival in Jaffna as a mark of protest against the recent removal of the film ‘Demons in Paradise’ directed by Jude Ratnam from the festival.

The film ‘Demons in Paradise’ which was submitted for screening at the prestigious Cannes Film Festival in France and had received much acclaim, was to be screened at the International Jaffna Cinema Festival starting this weekend, but was subsequently removed.Though the screening of the film was scheduled for 6.45 pm at the Majestic Cineplex in Jaffna, the cinema pulled withdrew it before it could be shown.

Malaka Devapriya said in a statement that he had withdrawn ‘Bahuchithawadiya’ (The Undecided), a film that he had produced, from the festival as a mark of protest against what happened to Jude’s film.

Devapriya said during the past several weeks, religious fundamentalist, nationalistic and racist factions, latching on to the titles given to a few of my radio plays, built a strong discourse in favour of censorship of the arts.

“The pressure from these repressive forces continues unabated and at present, an investigation is being carried out by The Unit to Investigate Organized Crime because of four separate complaints lodged against my work by four groups. At a moment when I am facing the wrath of the machinery of repression, which calls creation an organized crime, I cannot maintain double standards when it comes to my position regarding censorship of the arts. An artist’s expression can be partial or have dual or multiple points of view. That is determined by the autonomy and practice of the respective artist. The narrow-minded accusations made in the past against Prasanna, Handagama, Vimukthi, Sudath Mahadiwulwewa and Sanjeewa were also based on claims that their films depicted a one-sided view of the military, race, religion and the State. This, however, doesn’t provide grounds to censor these works. Once it is screened for the public, a critique can be developed. It is the same for Jude Ratnam’s film. Once it is screened it can be criticized. Although, personally, I do not agree with the ideology of his film, I stand for the films’ right to be screened.

Furthermore, the official responses put forward to justify the rejection are also ineffectual. Taking this situation into consideration, I have decided to withdraw my film ‘Bahuchithawadiya’ (The Undecided) from the festival. The basic reason for this is that I cannot maintain double standards with regards to censorship. It is true that it’s a difficult task to organize an annual film festival within an anarchist state and social system. I respect the fact that the festival has been able to continue for several consecutive years. My objection is not directed at the public nor at those representing Tamil political ideologies but at the festival organizers who removed the film”, Devapriya said