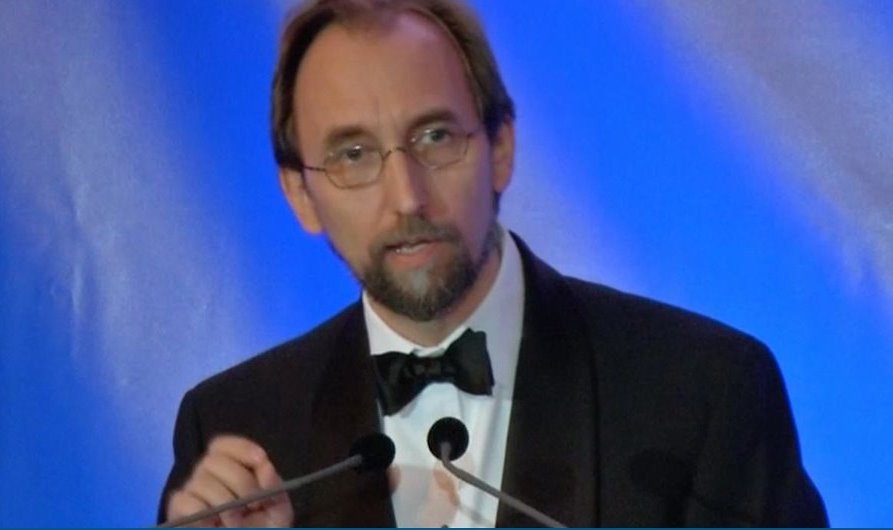 The UN human rights chief has launched a scathing attack on populist politicians including Donald Trump and the Dutch far-right leader Geert Wilders, calling for action to halt “demagogues and political fantasists”.

Speaking in The Hague, Zeid Raad al-Hussein said he was a Muslim whose role was “to defend and promote the human rights of each individual, everywhere”.

“And I am angry too. Because of Mr Wilders’s lies and half-truths, manipulations and peddling of fear,” Zeid told the inauguration of the Peace, Justice and Security Foundation in The Hague.

Zeid said he worked as a peacekeeper in the Balkans for 20 years and the cruelty the saw during the conflict “flowed from this same factory of deceit, bigotry and ethnic nationalism”.

The PVV, which has been leading in opinion polls, also vowed to reverse the “Islamisation” of the Netherlands by closing borders, shutting asylum-seeker centres, banning immigrants from Muslim countries and stopping Muslim women wearing headscarves.

He said they had similarities to the ideology espoused by the Islamic State group.

“All seek in varying degrees to recover a past, halcyon and so pure in form, where sunlit fields are settled by peoples united by ethnicity or religion,” Zeid told prominent members of the justice community.

“A past that most certainly, in reality, did not exist anywhere, ever.”

Promises to recover such a past were “fiction; its merchants are cheats. Clever cheats,” he said, accusing populist leaders of using “half-truths and oversimplification” to feed the fears of “anxious” individuals.

It was a simple formula “to make your target audience feel good by offering up what is a fantasy to them, but a horrendous injustice to others”.

“I do not equate the actions of nationalist demagogues with those of Daesh, which are monstrous and sickening,” Zeid said, using another name for Isis.

But the jihadists’ methods of communication were “similar tactics to those of the populists”, with both groups benefiting from the other to survive, he said.

“We must pull back from this trajectory,” Zeid warned, adding that there was a risk “the atmosphere will become thick with hate” which could “descend rapidly into colossal violence”.

Urging people to speak out and “draw the line”, he asked: “Are we going to continue to stand by and watch this banalisation of bigotry?”

Reacting to Zeid’s speech, Wilders in a text message to AFP said the Jordanian prince was “an utter fool”.

“Another good reason to get rid of the UN,” said the populist politician, calling again for the world to “de-Islamise”.

“Islam and freedom are incompatible whatever this Jordanian bureaucrat says,” Wilders said.