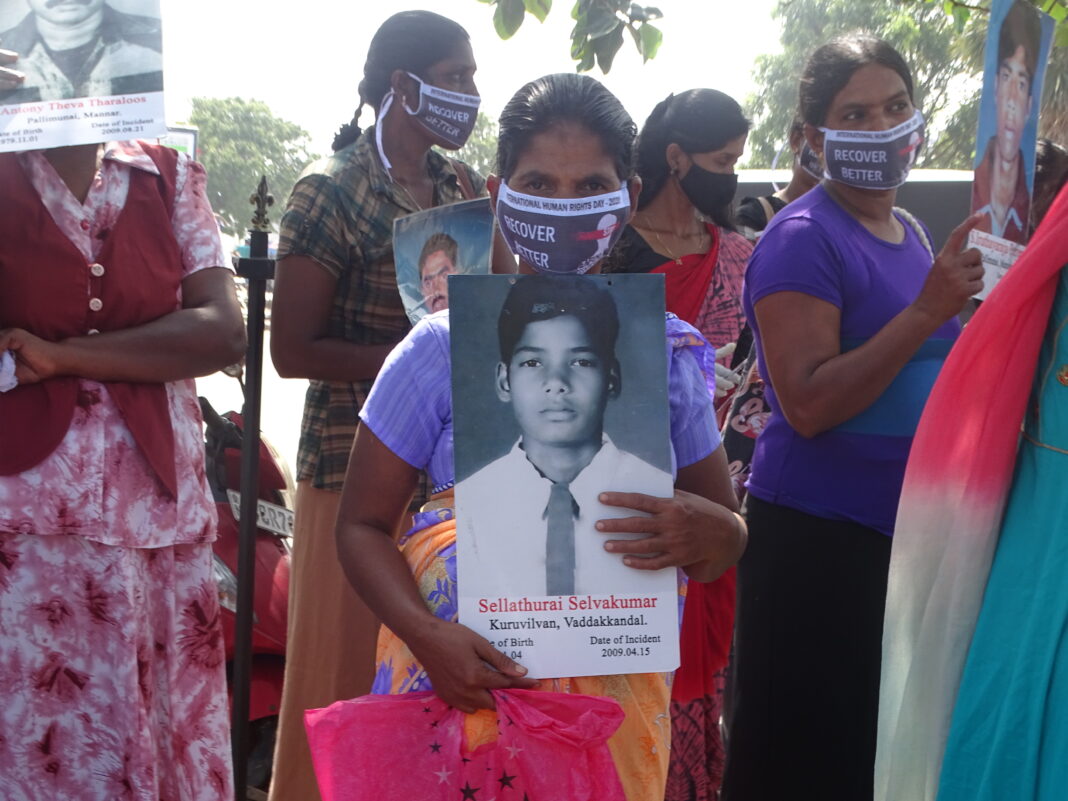 “WHERE ARE THE HIDDEN PEOPLE ?”

The families of disappeared persons of Northern and Eastern Provinces of Sri-Lanka have been continuously searching their beloved family members who were subjected to enforced disappearances mainly by the state armed forces, state sponsored Tamil criminal gangs, Tamil militant groups, Muslim home guards and by unknown elements. Mothers who lost their children continue their sit on protest under the burning sun, heavy rain and under severe cold weather for more than two years in their old ages to get back their children and to seek international justice for enforced disappearances. They are pleading the state authorities at least to reveal the “TRUTH”. 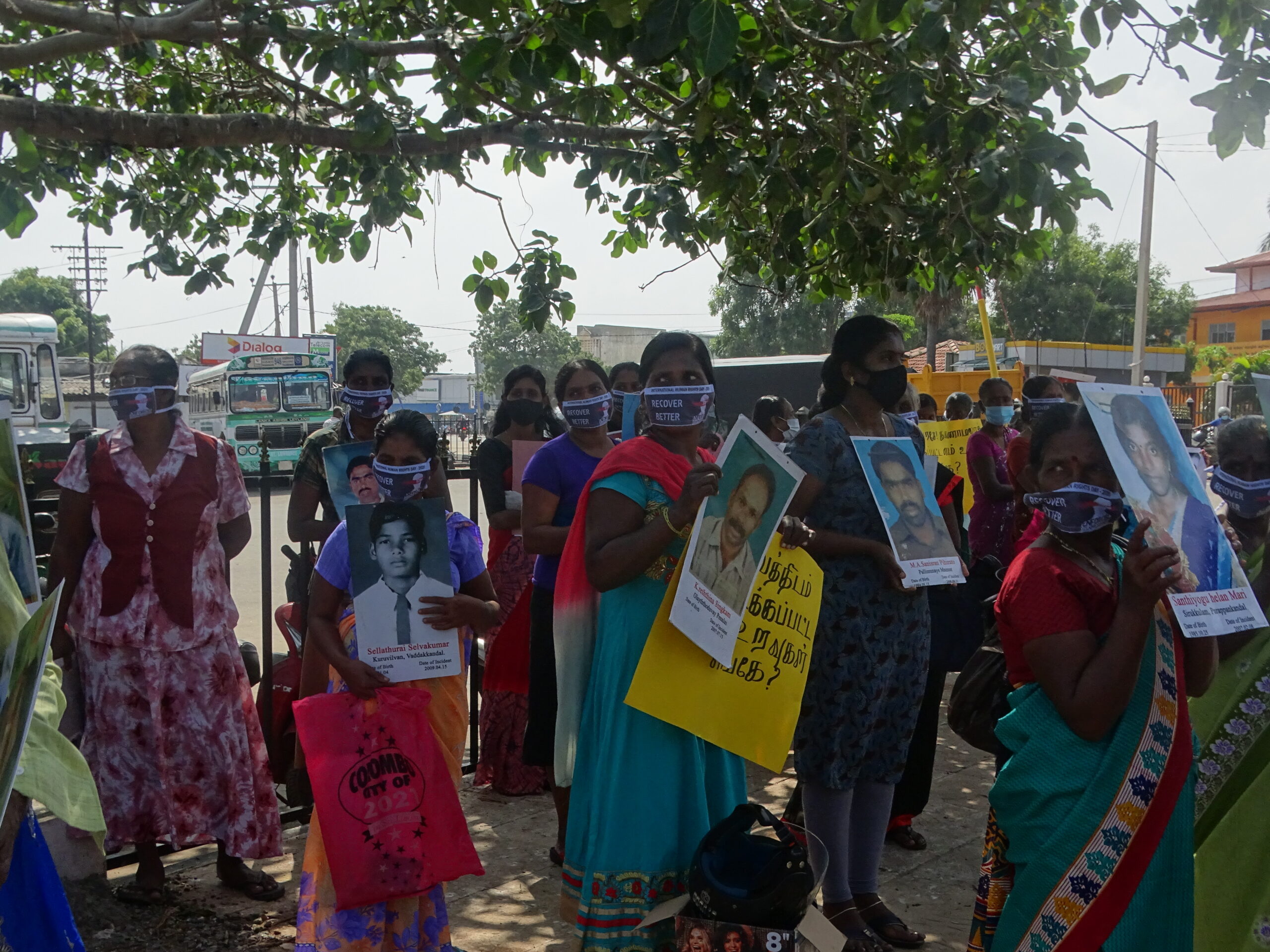 On 10 the December 2020, on the International Human Rights Day, family members of disappeared persons along with Forum for Affected Families of Mannar launched a silence campaign in Mannar town to seek justice. Due to COVID pandemic only limited number of people were allowed to participate but they represented and demanded justice for the entire community. In her press brief, Mrs. Chandra the president of the Mannar District Families of Disappeared Persons stated, 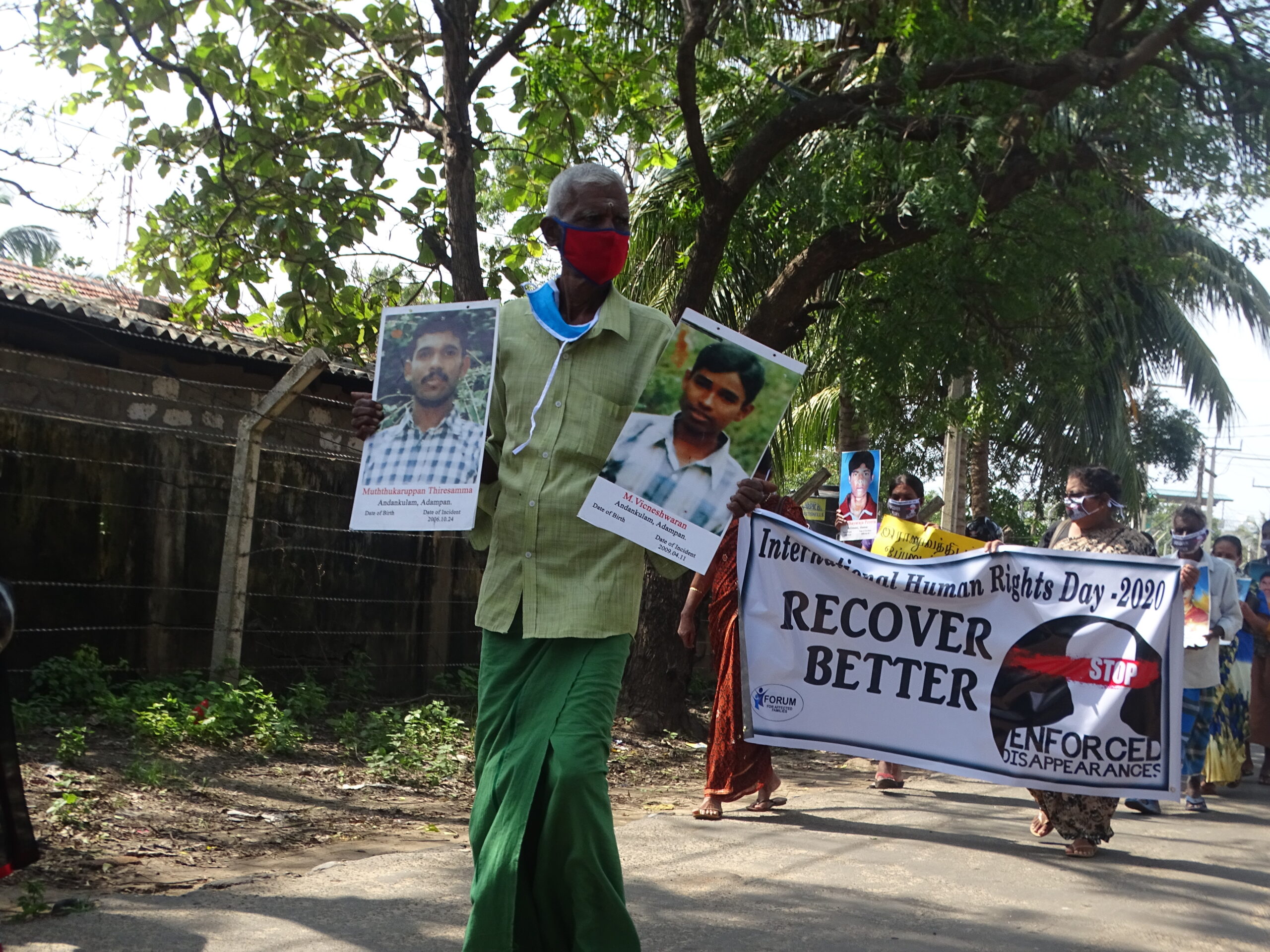 In their press release, Forum for Affected Families stated, that

“ The Sri-Lankan government has signed the UNHRC Resolution 30/1 but they haven’t given any resolution to the families of enforced disappeared persons. Though the Office of the Missing Persons (OMP) was established in 2016, until to date the OMP could not work to seek justice for the families of disappeared persons and its in being as a name sake entity. Article 8 (2) of the Registration of Deaths (Temporary Provisions) (Amendment) Act, No. 16 of 2016 states “All institutions and persons in authority shall recognize and accept the Certificate of Absence as proof of the status of the person missing”. But still majority of the families of disappeared persons have not received the Certificate of Absence as respective government departments and officers are not implementing the law to provide the certificates.

Therefore, the affected family is unable to utilize the movable and immovable property which was owned by the disappeared person and unable to apply for government’s social support monthly incentives. Such monthly incentives were given in Jaffna district but not expanded to other district. Further the present government also not allocated money for the families of disappeared persons or for reconciliation mechanisms in the budget.

The people of North and East have been voicing for 11 years and demanding the governments to reveal the truth about the whereabouts of the disappeared persons. But the government is silence and showing any attempt to provide justice for the victims and affected families. 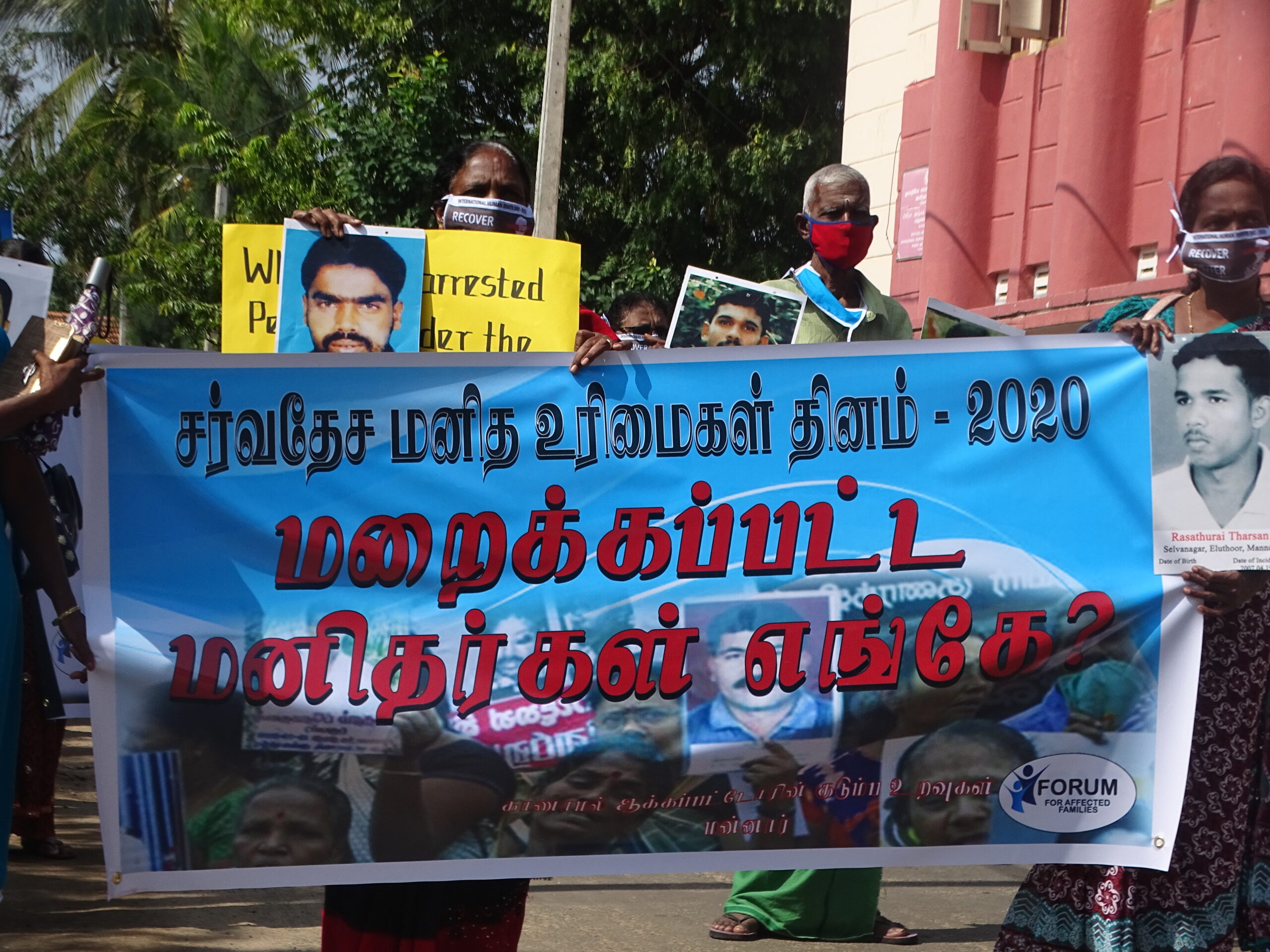 Story and the photos: NECC.