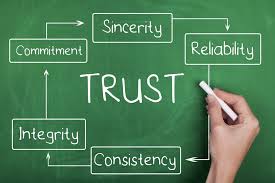 Among the festering wounds of Sri Lanka’s protracted war that came to its bitter end 7 years ago is the fate of at least 20,000 persons who went missing and whose names have been registered with the Presidential Commission to Investigate into Complaints Regarding Missing Persons (the Commission) which was established in August 2013. The Cabinet of Ministers has approved draft legislation to establish an Office of Missing Persons, which is intended to expedite the search for missing persons and bring closure to their loved ones. It also ratified the Convention against Enforced Disappearance as promised at the UN Human Rights Council session in September 2015 in Geneva.

The National Peace Council commends the government for seeking to establish credible and effective new institutions as part of its commitment to the process of transitional justice as promised both to the people of Sri Lanka and to the international community. The Office of Missing Persons is one of the four transitional justice mechanisms promised by the government at the September 2015 session of the UN Human Rights Council. With the next session of the UNHRC scheduled for June this year, the government may be seeking to have the legislation regarding this mechanism in place prior to the meeting in Geneva. The government is expected to give a progress report on the implementation of the UNHRC resolution it co-sponsored in October 2015.

However, concerns have been expressed by human rights organizations and victims groups that they have not been given adequate opportunity to provide their feedback on the proposed Office of Missing Persons. The National Peace Council believes it is of utmost importance to inspire public confidence in the credibility of the government’s proposed transitional justice mechanisms, including the Truth Commission, judicial accountability mechanism and Office of Reparations which are included in the government’s list of promised new mechanisms. We request the government to publicise the draft legislation and give an adequate opportunity for public feedback on the proposed legislation prior to passage into law in Parliament.