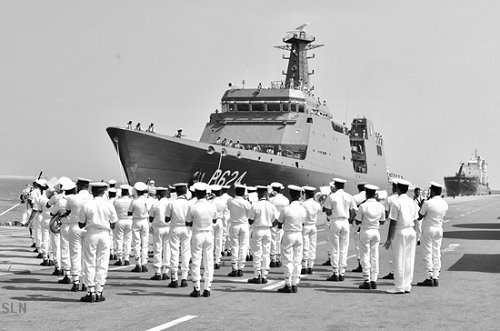 The Court of Appeal today issued an interim injunction order preventing the Permanent High Court Trial- at- Bar from hearing the case against Former Navy Commander Admiral Wasantha Karannagoda and 13 others.

The Court ordered that the case will not be taken up until the writ petition filed by Karannagoda, challenging indictments served against him, is heard.

A case was filed against former Navy Commander Admiral Wasantha Karannagoda and 13 others on the abduction and murder of 11 youths.

Last year, Attorney General Dappula de Livera PC had decided to indict Karannagoda and 13 others in connection with the abduction, torture, extortion and conspiracy to murder 11 persons in 2008 and 2009.