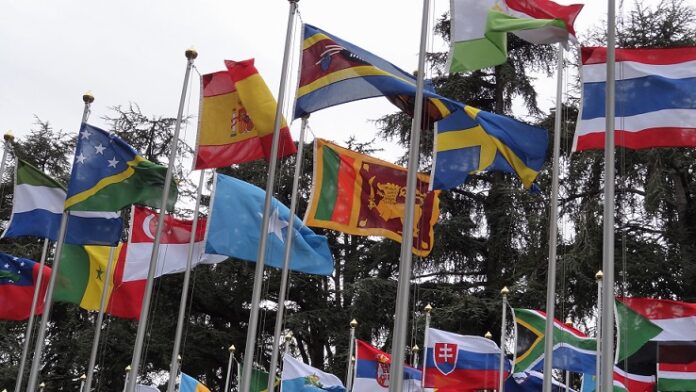 So far it appears that the implications of the resolution on Sri Lanka passed at the UN Human Rights Council last week against the Sri Lankan government’s objections have been taken with a pinch of salt. Foreign minister Dinesh Gunawardena’s reaction to the passage of the resolution by a 22–11 margin was to take note that 14 countries had abstained and therefore a majority of countries had not given their support to the resolution. Two of the countries that abstained, India and Japan, are powerful and important ones to Sri Lanka, as indeed they are in the world, which makes them well suited to play a bridge-building role in the future within the UN Human Rights Council. The relative equanimity with which the passage of the resolution was received within the country as a whole would be on account of the upbeat assessment of the situation by the government. The majority of the population who voted the government into power continue to feel that it is looking after the national interest where this issue is concerned.

From the perspective of the general public whose attention is presently gripped by other pressing matters, such as the cost of living, the passage of the UNHRC resolution posed no significant cause for alarm especially as the government they have voted for has expressed confidence in having the support of a majority of countries. Further, the resolution itself carries no punitive sanctions. It provides recommendations about what the government should and should not do in terms of ensuring accountability for human rights abuses, preventing new ones from occurring, caring for war victims, increasing the space for civil society to work and reducing the role of the military in governance. There are no punitive measures mentioned directly in the resolution. Therefore, the people believe the government when it says it can deal with the evolving situation.

However, there is a difference between domestic politics and international realities. The fact that there is no immediate adverse fallout from the resolution needs to be considered carefully. There are three serious problems that can arise in the future. First, the resolution specifies that Sri Lanka will be on the agenda of the UNHRC for the next one and a half years. As this body meets three times a year, this means that Sri Lanka will be under regular scrutiny by the international community. It is liable to suffer reputational damage if critical observations against it are being constantly made which can impact negatively on the country’s attractiveness as a location for economic development projects. As the government is focused on economic development, it would be in the national interest to make the Geneva process a constructive one that gives confidence to potential investors about the future of the country.

Second, the previous UNHRC resolutions on Sri Lanka were limited to getting the Sri Lankan government to act in accordance with the recommendations of the international community. Even when the last resolution, which was co-sponsored by the former government, had accepted a role for foreign judges, it was the Sri Lankan government that was to be in charge of the special courts. The onus was on Sri Lanka to be the party to act and to be in charge. However, the present resolution gives the power to act and to be in charge also to the office of the UN high commissioner for human rights.

The significance of the resolution is enhanced by the fact that it empowers the high commissioner’s office to look also at the present and ongoing situation in the country and not limit itself to the issue of war time violations and immediate post-war violations only.

This resolution gives the high commissioner’s office the authority to set up a special unit to gather information and evidence on human rights violations taking place in Sri Lanka. That is to ‘strengthen… the capacity of the office of the high commissioner to collect, consolidate, analyse and preserve information and evidence and to develop possible strategies for future accountability processes for gross violations of human rights or serious violations of international humanitarian law in Sri Lanka, to advocate for victims and survivors, and to support relevant judicial and other proceedings, including in member states, with competent jurisdiction’ and a budget of $2.8 million to implement it.

The recommendations given in the UN high commissioner’s report range from freezing of assets, travel bans and targeted sanctions against public officials suspected of human rights violations and referral of such cases to international tribunals including the International Criminal Court and an invitation to individual countries to take action under the principle of universal jurisdiction.

Third, if Sri Lanka is seen as not complying with the resolution, another sanction could be the loss of the European Union’s Generalised Scheme of Preferences Plus tariff concession currently given to Sri Lankan exporters. As the EU is Sri Lanka’s largest export market, the denial of the GSP Plus would have a negative impact on the country’s economy and on employment opportunities. When Sri Lanka lost its GSP Plus concession in 2010 due to allegations of human rights violations, it resulted in a loss of export revenues of an estimated 150–250 billion rupees till its reinstatement in 2017. Especially in a context in which there is an economic downturn in the aftermath of the first and second waves of the COVID-19 pandemic, the loss of the GSP Plus needs to be strenuously resisted. One of the conditions of granting the GSP Plus concession is that human rights violations should cease and the Prevention of Terrorism Act should be replaced with a counter-terrorism law that is in conformity with international standards.

None of these worst case scenarios need to come about if the government looks at the recommendations in the resolution and makes a good faith effort to implement them. In the run up to the vote on Sri Lanka in Geneva, a European ambassador said that regardless of the way the vote went, their relations with the Sri Lankan government would continue as before. This was followed by a discussion in which a balanced assessment was made of the problems of democratic politics worldwide where nationalist forces are getting increasingly powerful. In Europe, for instance, there are political parties that espouse nationalism against ethnic and religious minorities who are seen as interlopers. Those from the international community who are self-critical will have an appreciation about Sri Lanka’s own challenges of governance.

Sri Lanka’s encounter with nationalism has been central to its existence as a democratic polity. Sri Lanka has not been able to relegate nationalism to the margins as western countries have done, and which many East European countries have still failed to do. This may explain the European ambassador’s affirmation of a continued constructive engagement with the Sri Lankan government regardless of the outcome of the UNHRC resolution on Sri Lanka. But the best answer will come if the government together with the opposition meets the Geneva challenge.

It is encouraging that the leader of the main opposition party, Sajith Premadasa, has made this constructive offer. Similar offers by leaders of the ethnic and religious minority parties and an acceptance of the same by the government are called for. We need to reform our polity to ensure fairness in governance not so much for the sake of Geneva or future Geneva, but to be at peace with ourselves to develop our country and its people.

Jehan Perera is executive director of the National Peace Council of Sri Lanka.