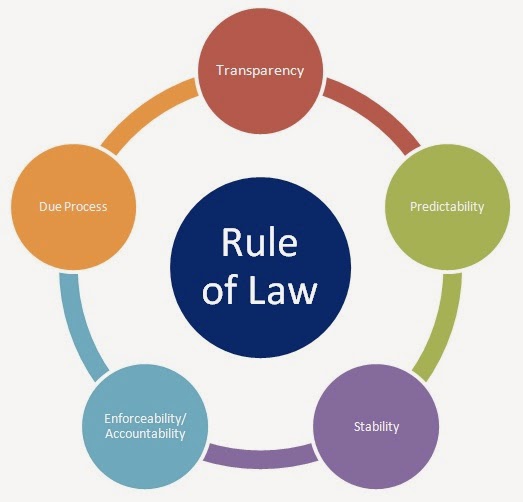 President Maithripala Sirisena has been joined by former president Mahinda Rajapaksa and by other opposition members in denouncing the institution of the Constitutional Council and the independent commissions established under the 19th Amendment. They have attributed many ill effects as flowing from these institutions. These include repeatedly defying the president’s wishes, being corrupt, creating chaos, being partial to members of minority religions and even of being culpable for the death of Sri Lankan soldiers on a peacekeeping mission on behalf of the UN. Underlying these criticisms is their frustration that the power of elected politicians is being restricted.

The Constitutional Council is a relatively new institution in Sri Lanka. It was first established in 2000 under the 17th Amendment to the Constitution of Sri Lanka. It was passed unanimously in a parliament that included President Sirisena and former president Rajapaksa. At present it is a 10-member body tasked with appointing members to independent commissions and monitoring their affairs. The Constitutional Council is primarily aimed at depoliticizing the state and public service. The background to its establishment in 2000 was the growing recognition, and need perceived at that time, to curb the immense powers of the executive presidency and to strengthen other institutions of governance. This followed the negative experiences of abuse of power by successive government leaders and the need to set up a system of checks and balances to curb that power.

The Constitutional Council first functioned during the period of President Chandrika Kumaratunga. It functioned smoothly at the start but after three years, when the terms of the appointed members ended, and new members had to be appointed, the president balked at making some appointments. As a result the Constitutional Council became dysfunctional. Former president Rajapaksa went a step further to abolish the Constitutional Council in 2010 when his government passed the 18th Amendment to the constitution and replaced it with a Parliamentary Council with powers only to recommend persons to the independent committees. The sole authority of appointing members of the independent committees was re-vested with the President.

The resurrection of the Constitutional Council took place after the defeat of President Mahinda Rajapaksa at the presidential election of 2015. The coalition of political parties that came to power espoused a platform of good governance. This included the depoliticisation of the public service and reducing the power of the elected politicians to interfere into the judiciary, police, elections commission, and investigations into bribery and corruption to mention some of them. Presidential candidate Sirisena was at that time a champion of the cause of good governance and its many virtues. One of the first achievements of the new government was the passage of the 19th Amendment in 2015, which brought with it an improved version of the Constitutional Council.

The 19th Amendment not only set up the Constitutional Council, it also reduced the term and powers of the presidency, and increased the independence of state institutions. Although President Sirisena took great pride at the beginning of his term of office in 2015 that he led the campaign to pass the 19th Amendment, his later actions indicate a regret on his part at what he gave up. For instance, he made a polite inquiry from the Supreme Court whether his term was really reduced to five years rather than the six years to which he was elected. Now it appears that the president is also having second thoughts about the powers of appointment of judges and members of the other independent commissions that has been taken away from the president under the 19th Amendment.

The Speaker of Parliament who is the chairperson of the Constitutional Council said that “Although it is stated by H E the President that 12 names had been rejected by the Constitutional Council, it is an erroneous statement. Only one name was selected by us in the instances where 3 to 4 names had been proposed for one vacancy. Depicting such incidents as rejections of names is an injustice incurred on the constitutional Council…We would like to point out that levelling severe criticism against independent commissions without such clarifications causes long-term damage to the country.” This is clearly a strong statement by a responsible person about a very unfortunate situation where the president appears to have been inadequately debriefed on what is happening in the country in terms of governance issues.

The Lessons Learnt and Reconciliation Commission, which was appointed in 2010 by President Mahinda Rajapaksa in an attempt to ward off an international inquiry into war crimes, comprised some of the most eminent legal professionals, diplomats and administrators in the country. Their conclusion was that the rule of law, and not the rule of men should prevail if there is to be good governance. The judgment of a popularly elected president can be erratic as President Trump has demonstrated in the United States and President Sirisena demonstrated in Sri Lanka when he sacked the prime minister and dissolved parliament only to have his decisions reversed as a result of the Supreme Court’s intervention. The rationale for a Constitutional Council and independent commissions is better governance than a one-man show.