Complete Response to HRCSL press release calling for actions to be taken by the AG & CJ against Mr. Senaka Perera 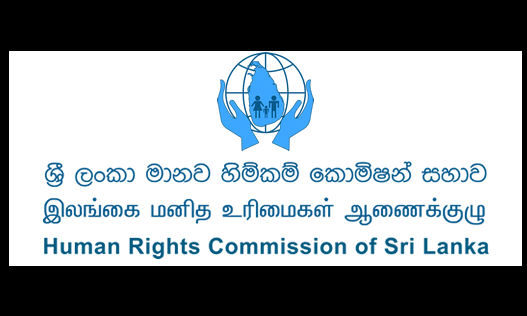 Response to Press Release of HRCSL on 30 th June calling for actions to be taken by the Attorney General (AG) and Chief Justice (CJ) against Mr. Senaka Perera

1. On 10th May 2022, well before my statement at the press conference referred to in the
press release, a complaint has been made to HRCSL by Hejaaz Hizbullah, Attorney-
at-Law, about an attack on prisoners and lapses in providing security for them
(complaint no. HRC1401/22).

2. Through a letter dated 13th May 2022 from the Secretary of the HRCSL (Annex 2), I
in my capacity of Chairperson of the Committee for Protecting Rights of Prisoners
(CPRP), along with the Secretary of CPRP, were summoned to provide testimony at
an inquiry into the above complain (HRC1401/22), before yourself on 17th May 2022.

3. Both of us had notified the HRCSL of our inability to appear before the HRCSL on
17th May 2022 due to a court case at Colombo Chief Magistrate’s Court and requested
for an alternative date. Subsequently, through a letter dated 23rd May 2022 from the
Secretary of the HRCSL (Annex 3), I was asked to appear before yourself on 25 th May
2022, in relation to inquiry on inability to ensure rule of law in relation to incidents
that happened on 9th May 2022. The references indicated the inquiry was about the
above mentioned complain (HRC1401/22) plus an inquiry initiated by the HRCSL by
its own initiative (Suo Moto), with reference no. HRC/SUO/MOTU/07/22.

4. I duly appeared before you and others of the HRCSL at the inquiry on 25 th May 2022.
Many of the questions from the HRCSL were directed towards me by Mr. Tirantha
Walaliyadda, President’s Counsel. Contrary to the letters mentioned above, the
inquiry appeared to be about myself and CPRP rather than on incidents on 9th May
2022, attacks on prisoners and inability to ensure their security. Some of the questions
were about members of the CPRP, funding sources of CPRP, whether we had
obtained permission of the Chief Justice (CJ) and Attorney General (AG) in setting up
CPRP and whether my involvement with CPRP gives rise to conflict of interest with
my professional work as a Attorney-at-Law.

5. On 25th May 2022, when case no. 22046/22 in relation to attacks on Galle Face protest
was taken up, Ms. Ayesha Jinasena, Attorney-at-Law, representing the AG’s
department, had informed the Fort Magistrate that no information had been revealed
till then about use of Prisoners in attacks against the protest site and further actions
will be taken if information about use of Prisoners in attacks against protesters is
revealed.

6. Concerned by the nature of the inquiry, and on the basis of cooperating with future
HRCSL inquiries, I wrote to you on 27th May 2022 (Annex 4) seeking some
clarifications. But I have not received any reply to date.

7. On 1st June, I saw media reports indicating Mr. Walaliyadda, President’s Counsel, had
resigned from his post as a special representative of the Human Rights Commission of
Sri Lanka, appointed to the committee investigating the attack on peaceful protesters
on the 9th of May, citing personal reasons.https://www.newsfirst.lk/2022/06/01/tirantha-walaliyadda-quits-hrc-committee-on-9th-may-violence/

8. On 7 th June 2022, in my capacity as Chairperson of CPRP, I had made a complaint to
HRCSL about a video circulating on social media on or around 9th May 2022, which
indicates Prisoners being beaten and subjected to degrading treatment while being
transported in the custody of a jailor named Ramanayake (Annex 5). I had stated that
transporting Prisoners in an insecure manner is a violation of the Prison Ordinance
and the Fundamental Rights guaranteed in the constitution. I had requested for a
speedy investigation to ensure justice to the Prisoners who had been victimized and
also to issue guidelines to prevent such incidents in the future.

9. The Commissioner General of Prisons had confirmed that a group of prisoners from
Watareka Open prison were subjected to an attack on 9th May 2022 when they were
being transported from their work sites back to the prison, and that several prisoners
and prison officials were injured and hospitalized. The Commissioner General had
also said 58 prisoners had gone missing. https://www.newswire.lk/2022/05/10/58-
prisoners-missing-prison-denies-inmates-were-at-galle-face/

10. A video that was widely circulated on social media also indicated a group of prisoners
being subjected to inhuman, cruel and degrading treatment, crouching in fear before
an unidentified crowd who were behaving in a threatening manner and using obscene
language. Though some in the crowd were saying don’t beat them, one prisoner was
slapped. https://twitter.com/sunandadesh/status/1523756922411032576?lang=en

11. On 10 th May 2022 (11.28am), “Newswire”, a very popular English media both
nationally and internationally, published a news item titled “Were prisoners used to
attack Galle Face protesters?” and I quote below two of it’s significant contents:
https://www.newswire.lk/2022/05/10/were-prisoners-used-to-attack-galle-face-
protesters/

11.1 “A group of people who had been part of the Sri Lanka Podujana Peramuna
(SLPP) mob attack yesterday revealed they are inmates from the Watareka open
prison camp in Padukka”.

11.2 “They also revealed that they had been escorted by a jailor from the prison to
participate in the meeting with former Prime Minister Mahinda Rajapaksa at the
Temple Trees last morning (meaning morning of 9th May 2022)”.

12. “NewsFirst”, a very popular TV channel, had raised a question “isn’t there a
similarity between the trousers worn by the Prisoners from Watareka and a mob that
attacked anti-government protesters? If this is the case, are these the Prisoners from
Watareka?” https://www.youtube.com/watch?v=W8qrBihBGDw (00.48 – 01.03)

13. From late night of 9th May 2022, various media outlets and social media reported
news about alleged involvement of these prisoners in attacks on peaceful protest sites
on 9 th May 2022. Below are some examples:

14. In the afternoon of 10th May 2022, after some of the above-mentioned media reports,
during a press conference, I question whether there can be rehabilitation IF prisoners
have been provided alcohol and been used for illegal activities, commit serious
injuries and murder, destroy properties. It is my contention that the HRCSL has
missed or ignored the significance of the words “යොදා ගන්නවනම්” (if used)”.
https://www.youtube.com/watch?v=QSzFmGfnoeM (See 45:38-56)

15. However, considering the media reports cited above and other similar ones, I assert
that even if me or someone else expressed an opinion and make an allegation that
prisoners has been used in attacks against peaceful protests, that is well within my /
their right to Freedom of Speech and Expression guaranteed under article 14 (1) (a) of
the Sri Lankan constitution and Freedom of Opinion and Expression guaranteed under
international human rights laws such as in article 19 of the Universal Deceleration of
Human Rights. It is the duty of the relevant authorities such as the police, judiciary
and HRCSL etc., to conduct investigations into such allegations and determine
culpability if any. Conducting criminal investigations is well beyond the capacity and
mandate of me, CPRP and human rights defenders. Additionally, if any person (s) is
aggrieved by statements made, they have opportunity to initiative civil actions.

C. Ramifications to national and international credibility of the HRCSL

16. The Press Release appears to maliciously target me as a human rights defender for
expressing an opinion at a press conference, when similar or even stronger opinions
had been expressed by others, as pointed out in sections 10 and 11 above. This is
likely to seriously damage the HRCSL’s credibility and relations with human rights
defenders in Sri Lanka and beyond.

17. The Principles relating to the Status of National Institutions (known as the Paris
Principles, UN General Assembly resolution 48 / 134 of 20 th December 1993) states
that National Human Rights Institutions (such as the HRCSL) shall develop relations
with the non-governmental organizations devoted to promoting and protecting human
rights. The SCA had also highlighted that “regular and constructive engagement with
human rights defenders and civil society organizations is essential for NHRIs to fulfil
their mandates effectively”.

18. In October 2021, the Sub Committee on Accreditation (SCA) of Global Alliance of
National Human Rights Institutions (GANHRI), recommended the downgrading of

HRCSL’s international status from A to B and this is due to come into effect later this
year. After considering HRCSL’s written and oral responses, the SCA had concluded
that the “HRCSL has not effectively engaged on and publicly addressed all human
rights issues including allegations of deaths in custody and torture, nor has it spoken
out in a manner that promotes and protects all human rights.”.
https://www.ohchr.org/sites/default/files/2021-12/SCA-Report-October-2021_E.pdf
(section 4.1, pages 31-35)

19. Targeting me as a human rights defender is likely to reinforce the SCA’s
recommendation to downgrade the HRCSL’s status, as a violation of the above-
mentioned clause of the Paris Principles

20. The Press release indicates that the HRCSL had accepted at face value the Cabinet
approval and subsequent agreement between the Government and Avant Garde
Manpower Recruiting (Private) Limited, to allow Prisoners to be employed by the
above-mentioned company. The HRCSL has not looked at negative implications on
rights of Prisoners, when they are allowed to be employed by for-profit private
companies, particular ones like Avant Garde, whose owner is closely affiliated to the
present government and has been accused of violating the local laws on several
occasions.

21. The HRCSL also appears to ignore the possibility of irreversible disrepute, disastrous
consequences brought about due to the attacks on peaceful protests. Even the
Attorney General has referred to “domestic and international ramifications” that
surround incidents of 9th May 2022. https://www.newsfirst.lk/2022/05/10/sri-lanka-
attorney-general-tells-police-chief-to-launch-fully-fledged-investigation-on-mondays-
9-violence/

22. I have never been informed by the HRCSL of a complaint being made against me to
the HRCSL or that the HRCSL had initiated an inquiry on their own (Suo Moto)
against me. Neither was I informed that HRCSL was making me a respondent and
considering recommending actions against me. Nor was I given an opportunity to
make oral or written submissions in relation to any allegations against me. Based on
letters received from HRCSL (See sections 2 and 3 above and Annexes 1 and 2), I
was only summoned as a witness (and not as a respondent) to provide testimony in
relation to attack on prisoners, lack of security for them and incidents of 9th May 2022
that affected rule of law.

23. I have also not seen any Press Release or communication about the findings and
recommendations of the HRCSL in relation to attack on prisoners on 9th May and
inability of Prison officials to provide protection, which was the matter on which I
was summoned to testify before the HRCSL on 25th May 2022. On 3rd July 2022,
Hejaaz HIzbullah, Attorney-at-Law and the original complainant of the complaint in
relation to which I had been summoned, had sent a reminder to the HRCSL to provide
him with the HRCS’s findings and recommendations related to this.

24. The HRCSL had also not issued any Press Releases on their findings and
recommendations in relation to attacks on peaceful protests in Galle Face, Colpetty and Kandy on 9th May 2022 and numerous other complaints in relation to rights
violations.