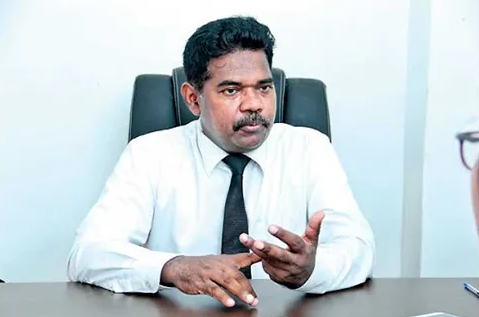 In a letter addressed to Justice (Rtd) Rohini Marasinghe, Chairperson, Human Rights Commission of Sri Lanka, Attorney-at-Law & Chairperson of CPRP Senaka Perera  has posted number of questions in relation to a statement issued by her.

Rohini Marasinghe issued a statement calling for an investigation on a public statement made by Senaka Perera after Mahinda Rajapaksa organised attack on peaceful protesters at Gota Go Gama.

Read the statement issued by Rohini Marasinghe here: In an unprecedented move HRCSL complains to AG & CJ against HRD and Attorney at Law Senaka Perera

The letter sent by Lawyer Senaka Perera in full:

My attention has been drawn to the above press release, available online at https://www.hrcsl.lk/wpcontent/uploads/2022/07/HRCSL-Press-Release-30-June-2022.pdf.

After careful study of the press release, I am compelled to respond as below:
I categorically deny the false, misleading and unsubstantiated statements made in the HRCSL’s Press Release, including allegations that statements made by me have “resulted in disastrous consequences”, “caused an irreversible disrepute to the good order profile of the country”, “highly irresponsible misconduct” and “speculative allegations with no substantiated evidence”.

In particular, I deny the Press release’s allegation that my statement had “directly contributed to the series of violent activities and right violations reported island wide”. I bring to the HRCSL’s notice that many violent incidents happened on 9th May 2022 and morning of 10th May 2022, before my statement was even made. It is shocking that an inquiry by the HRCSL has not noticed this or ignored this.

The release further states that the Committee appointed by the HRCSL to investigate into the events that transpired on 9 May 2022 (COI) has recommended;

I appreciate the HRCSL for taking immediate steps to commence an inquiry (COI) into the attack on unarmed protestors on 9th May 2022. But I’m shocked and extremely perplexed to find that instead of publishing the report of the COI, the HRCSL has issued a Press release condemning a misinterpretation of a statement made by me.

As the Chairperson of the Committee for Protecting Rights of Prisoners (CPRP), my attention was drawn to the brutal assault on several prisoners that occurred on 9th May 2022.

I commenced inquiries into this immediately. Meanwhile, after several media reports that prisoners had been used to attack protesters, I made a statement in the afternoon of 10th May 2022, condemning this if it had occurred, questioning the possibility of rehabilitation under these circumstances. The COI seems to have missed or ignored the significance of my use of the words “ යොදා ගන්නවනම්” (if used)”.
https://www.youtube.com/watch?v=QSzFmGfnoeM (See 45:38-56).

In any event, I am completely surprised to find the COI appointed by the HRCSL is under the impression that I am not entitled to exercise my Constitutional Right under Article 14 to express an opinion on the need to ensure absolute security for prisoners.

It is equally disturbing that the HRCSL – who’s only role in Sri Lanka is the protection and
advancement of human rights – has exclusively selected the COI’s recommendation regarding action against me, a human rights defender, to issue a press statement on, when the COI’s primary findings and recommendations, which is a matter of great public interest, have not been made public yet.

I call upon the HRCSL to immediately take the following steps:

i. Publish the entirety of the COI’s report;
ii. Clarify why a press statement of this nature was published;
iii. Establish why my statement regarding prisoners’ treatment has been highlighted over other similar statements by the media and other human rights defenders;
iv. Send me the findings and recommendations of the two matters (HRC/1401/22 and HRC/SUO/MOTU/07/22) in relation to which I was summoned to give evidence and based on which the HRCSL had made adverse comments about me and requested actions to be taken against me;
v. Provide a response to my complaint dated 7th June 2022 (See section 8 in attached note);
vi. Immediately withdraw the two recommendations made to the CJ and AG as these have been after an unfair process against me (See section 22 in attached note) and goes beyond the mandate of the HRCS as explained above.

Attached is a detailed accompanying note to elaborate my response (Annex 1).